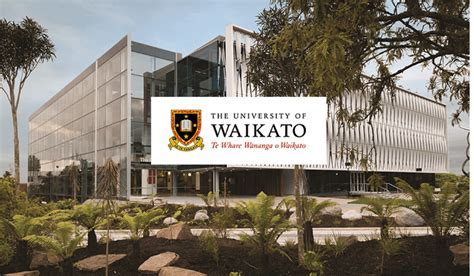 The University of Waikato is awarding an exciting opportunity to 75 high-achieving students who are applying for admission to an approved qualification at the institution.

In the mid-1950s, regional and national leaders recognised the need for a new university and urged the then University of New Zealand (UNZ) and the government to establish one in Hamilton. Their campaign coincided with a shortage of school teachers, and after years of lobbying, Minister of Education Philip Skoglund agreed to open a teachers’ college in the region. In 1960, the newly established Hamilton Teachers’ College, joined by a fledgling university (initially a branch of the University of Auckland), opened a joint campus at Ruakura.

In 1964, the two institutions moved to their new home, and the following year the University of Waikato was officially opened by then Governor-General Sir Bernard Fergusson.

At that time, the university comprised a School of Humanities and a School of Social Sciences. In 1969 a School of Science was established. This was followed by the creation of the Waikato Management School in 1972, Computer Science and Computing Services in 1973, and the School of Law in 1990.

In 2018 the university was reorganised under a divisional structure which resulted in its Schools and Faculties being brought under four Divisions and a School; Division of Arts, Law, Psychology and Social Sciences, Division of Education, Division of Health, Engineering and Computer Sciences, Waikato Management School and the Faculty of Māori and Indigenous Studies. Although the university has had a presence in Tauranga since the 1990s, it officially opened its dedicated Tauranga campus in 2019 located in Tauranga’s CBD. This added to the university’s presence in the Bay of Plenty with the Adams Centre for High Performance in Mount Maunganui and the Coastal Marine Field Station in Sulphur Point on the Tauranga Harbour. In November 2020, the university also opened a new algal research and aquaculture facility in Sulphur Point.

Eligibility criteria for the International Scholarship at University of Waikato

2. Applicants must be enrolling in a doctoral qualification, i.e. a Doctor of Philosophy (PhD), Doctor of Musical Arts (DMA), Doctor of Education (EdD), or Doctor of Juridical Science (SJD), at the University of Waikato.

3. Applicants will normally be seeking to obtain their first doctoral qualification.

4. Applicants should be intending to study full-time at the University of Waikato

Value of Award: Up to $25,000 pa + domestic tuition fees and Student Services Levy

Duration of Award: up to 36 months (three years)