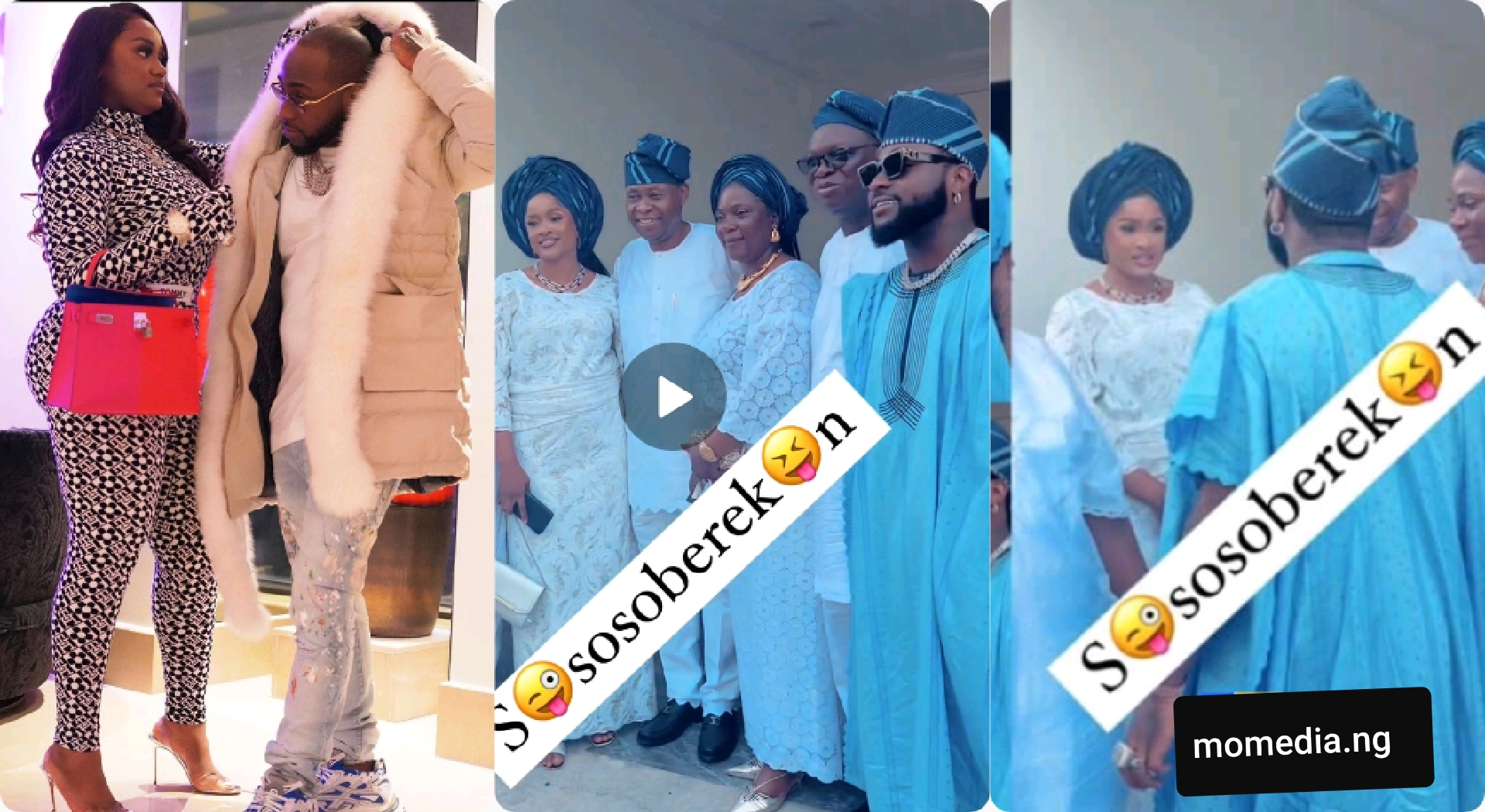 Nigerians are reacting to a trending video of Davido’s father querying him over his wife, Chioma.

It would be recalled we reported earlier that the Adelekes are in Osun State for the inauguration ceremony of Senator Ademola Adeleke.

As the family gathered to take pictures, Davido’s father queried him over his wife’s absence. He said, “Where is Chioma?”.

However, we didn’t hear what the singer told his father.

As expected, Nigerians reacts to the question Davido’s father asked, they also praised him for being a wonderful father in-law.

“You can tell from this that Davido’s father doesn’t joke with Chioma. Listen to how he asked with fierce “Where’s Chioma???? Awwwn God bless you

“Awww so lovey Davido’s dad asking where is Chioma

“When your father-in-law loves you just as you love their son…now David where’s Chioma?

“Where is Chioma she is coming P man… If you are good gou will never be forgotten I am sure of that.

“A father in love

“The whole family so concerned about their wife Chi, the Adelekes are such a sweet family”.

“He’s Always There For His Family, No Matter What He’s Passing Through” – Reactions As Singer, Davido Makes First Public Appearance At His Uncle’s Inauguration Ceremony Today