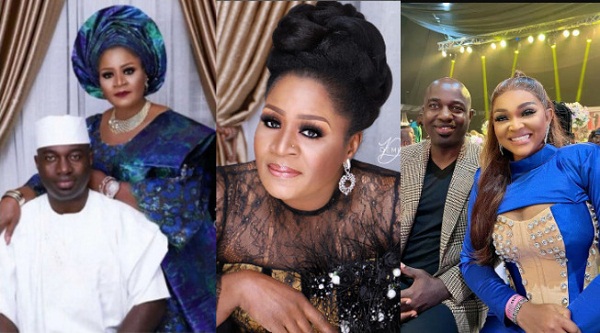 Funsho Adeoti, the first wife of Adekaz Production CEO, Kazim Adeoti has issued a strong warning to him and his new wife, Mercy Aigbe.

It could be recalled that months ago, the businessman and the actress triggered a massive backlash after they announced their marriage.

Since the news went viral, Funsho who was outside the country at the time of Adekaz’s second marriage, kept her cool and only made few words. 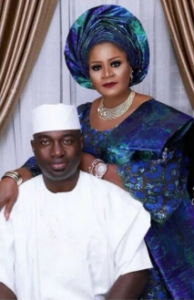 Well, she is back in Nigeria and has since stood her ground against the union.

In a recent development, Funsho Adeoti took to her Instagram page to issue a strong warning to Kazim Adeoti and Mercy Aigbe with a 12-hours ultimatum.

The mother of four gave this warning after Mercy rolled out loved-up photos with their husband while in attendance at the 40th birthday party of fellow actress, Ini Edo. 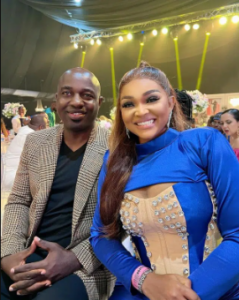 “@Realmercyaigbe @adekazproduction For the LAST AND FINAL TIME ‘STOP PUNSHING ME’ Kazim do the needful PULL IT DOWN… YOU”VE BEEN WARNED. 12 HOURS ONLY,” 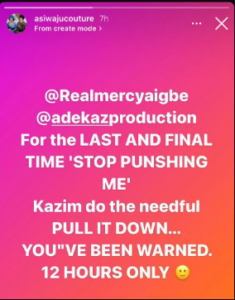