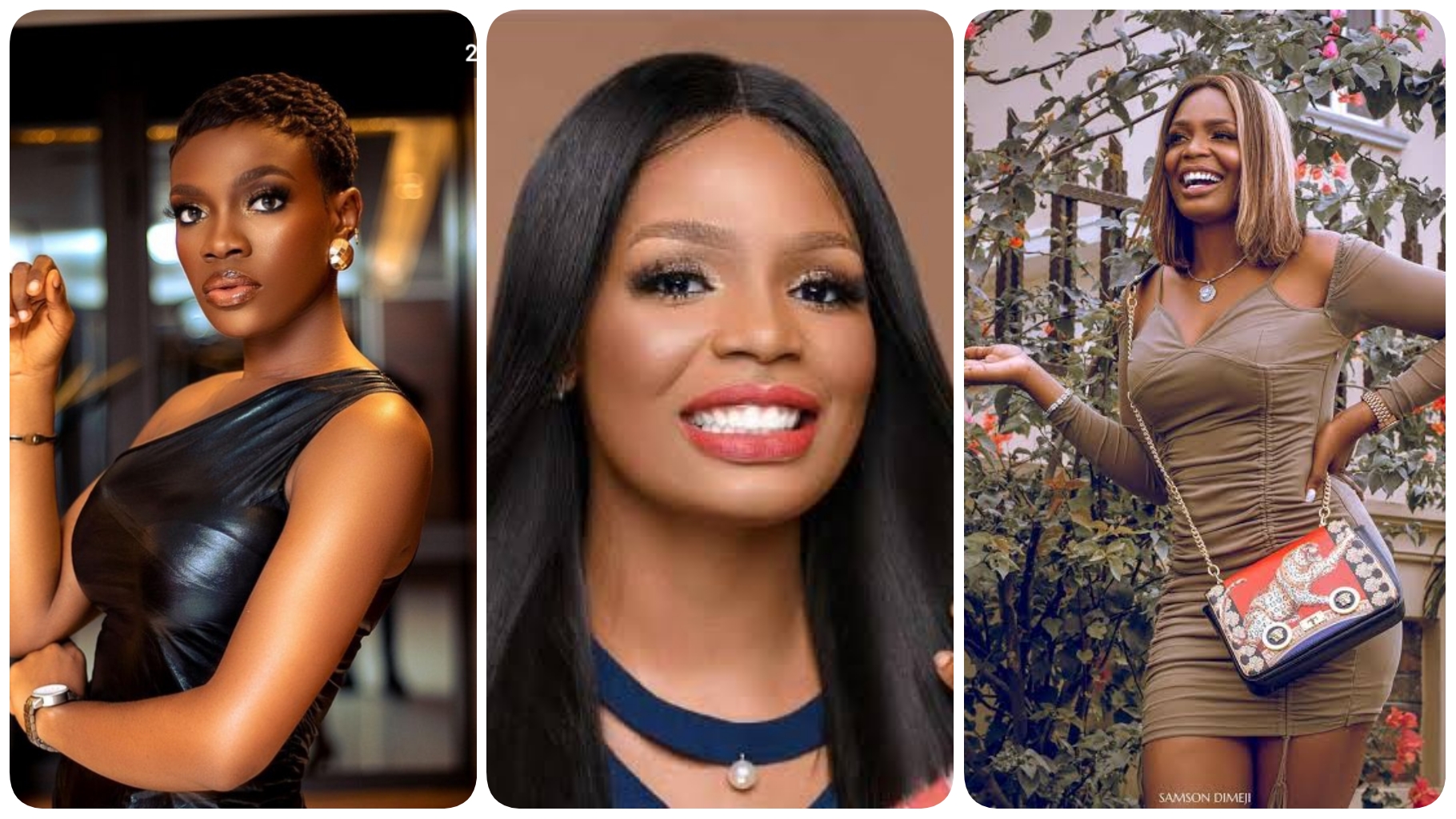 Princess Daprada, Sister to Bbnaija ex-housemate, Prince Nelson Enwerem, has revealed the current state of Kaisha’s mental health. This is coming after gistlover alleged a certain ex-housemate is mentally unstable, and Netizens concluded the person is Kaisha. 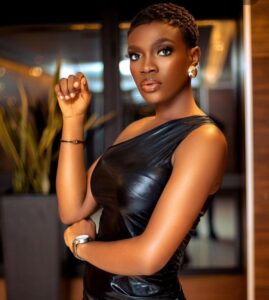 “Kaisha is ok and doing fine, she’s mentally stable too” Few days ago, Gistlover tweeted that a former Big Brother Naija housemate is suffering from mental illness and was seen mad on the street. 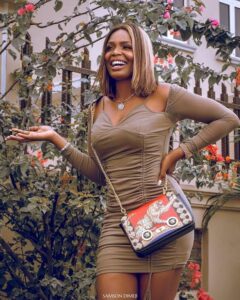 The name of the housemate was not disclosed only the gender identity which is a female.

According to Gistlover , the condition of the housemate is critical and all her pictures on her social media page have been deleted by her manager.

“Hello tueh, this is for all BB Naija Alunmi”.

“One of you guys is mentally down and her situation is very critical”.

“Now , she has mental illness and not well taken care of”.

“Instead of her manager to seek for help she took down all her pictures from her verified page and left it empty as it is now even her buisness page cannot function again as it is only the sister that is taking care of her”.

“As at yesterday, she was still seen in her estate, ikota lekki roaming about without a shoe and her hair so rough”.

“I guess the sister who is taking care of her stepped out to get something hence, she was able to come out”.

“Infact, she passes out sometimes in the estate and the sister has been managing her”.

“Some of this BBn people know but they chose to look away”.

“Let’s all not be too quick to type Rip now that she is still here”. 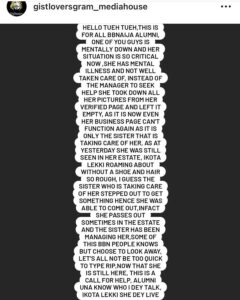 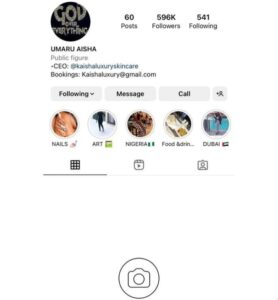 Gistlover post has triggered a lot of reactions on social media.

“She is a bolt driver too”.

“She lives in my estate”.

“Not me jumping from one bbnaija celeb page to another”.

“No be small work glb don give us this night”.

“After una troll person to depression”.

“E sure me sey na Banku cos wetin dey affect most of them be that”.

“The rate of Banku intake in lekki among male and female is fucking alarming“.

However, Gistlover revealed the cause of her illness has nothing to do with drugs. She so didn’t mention any name. 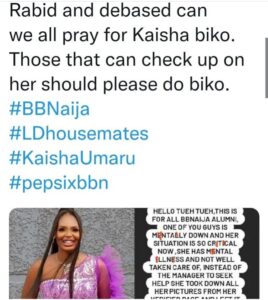 If I ever see anyone that calls Beauty a disqualified housemate again, I will……..— BBNaija Amaka reveals what she will do, w@rns fans