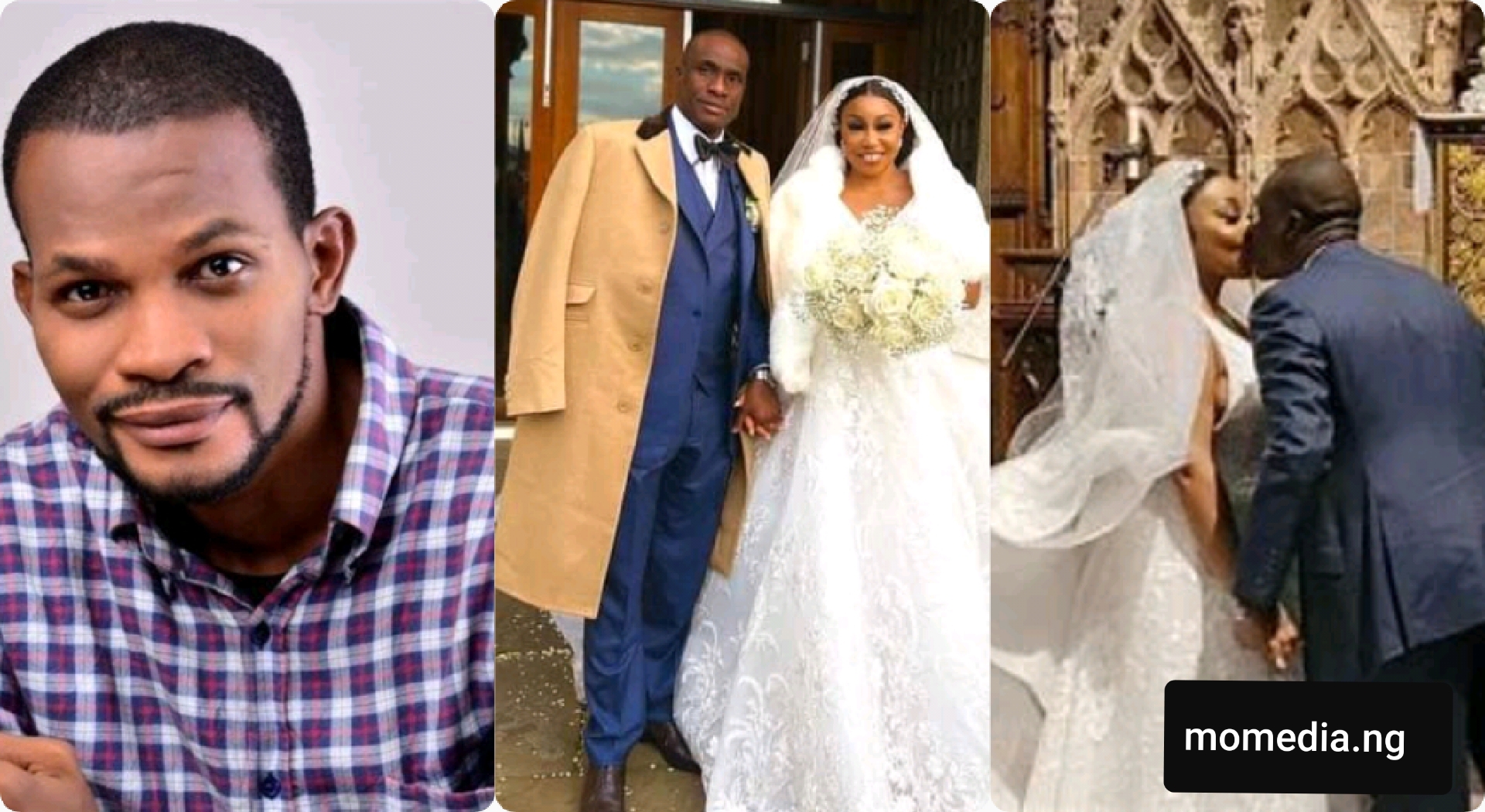 Controversial nollywood actor, Uche Maduagwu has reacted to the white wedding of his colleague, Rita Dominic and her husband, Fidelis Anosike. 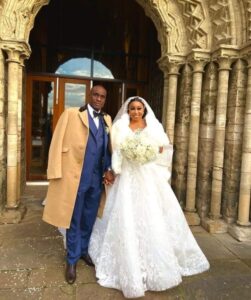 It would be recalled we reported earlier that Rita Dominic and Daily Times publisher, Fidelis Anosike officially tied the knot at a white wedding ceremony which was attended by families, friends, and colleagues of the couple. The star-studded event took place in North Yorkshire in England on Saturday 26th November.

Reacting to the white wedding ceremony, Uche Maduagwu congratulated Rita Dominic and went on to call her attention to her bridal maids.

According to the controversial adviser, it is spiritually wrong and a bad omen for someone to have a divorcee as a bridesmaid; a post directed at veteran actress, Kate Henshaw.

In his words, he wrote; “Dear aunty Rita, this is your happiest day, you should not have selected person wey don face marriage breakup as part of your bridesmaid, spiritually it is bad. in fact in some culture na bad omen. Pastors will also say this.”

While ago, Popular nollywood actress, Rita Dominic and her husband, Fidelis Anosike, are in London for their white wedding which holds today November 26.

Videos from the wedding proceedings have surfaced online and fans can’t help but gush over the beautiful looks of the new couple.

In a recent video from the church wedding proceedings, the groom who is the founder of Folio Media Group, a multi-media company which owns Daily Times Nigeria was asked to kiss his bride twice.

“My Dad Passed Away But God Blessed Me With Another” – Singer, Ayra Starr Writes As She Celebrates Don Jazzy On His Birthday