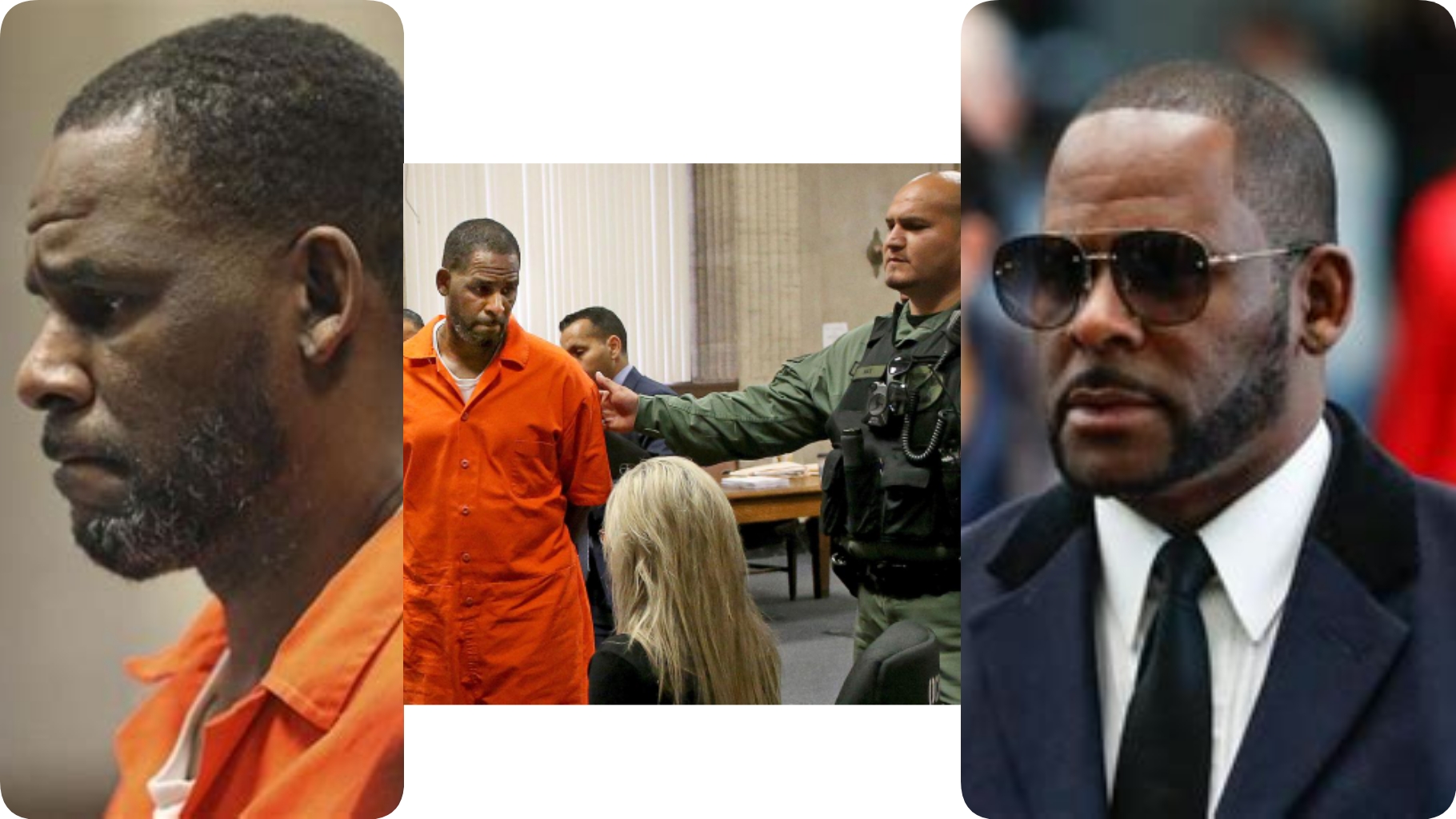 Robert Sylvester Kelly known popularly as R.kelly,  could spend his entire life in prison when he is sentenced today Wednesday on charges he sexually abused multiple women, young girls and boys. 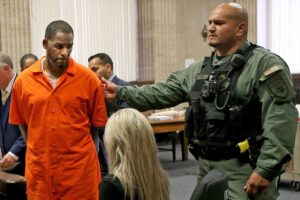 Kelly, 55, is set to appear in Brooklyn federal court after he was found guilty in September on nine charges, including racketeering and violating the Mann Act, which bars the transportation across state lines of women and girls for an “immoral purpose.”

The hearing is set to start at 10:30 a.m. and several women, including some who testified at Kelly’s trial last year, are expected to speak in court.

Prosecutors have asked Judge Ann Donnelly for a sentence of more than 25 years for the “I believe I can fly” singer, whose full name is Robert Kelly – saying in a sentencing memo Kelly relied on his fame and money to “both carry and conceal his crimes.”

“He continued his crimes and avoided punishment for them for almost 30 years and must now be held to account,” the US Attorney’s Office for the Eastern District of New York said in a 31-page sentencing memo.

Prosecutors sought to portray Kelly during the trial as a predator with a pattern of abuse over decades who showed no remorse for what he had done.

“Indeed, the defendant’s decades of crime appear to have been fueled by narcissism and a belief that his musical talent absolved him of any need to confirm his conduct — no matter how predatory, harmful, humiliating or abusive to other — to the structures of the law,” the memo said.
Jennifer Bonjean, an attorney who has also represented disgraced actor and comedian Bill Cosby, has asked for a sentence of fewer than 14 years.

The defense team tried to portray accusers who testified as scorned fans, and said Kelly shouldn’t get more time for abusing a victim referred to in court as “Jane” whose parents pushed for his help with her music career.

“The record shows that Jane’s parents directed Jane to lie to the defendant about her age and then encouraged her to seduce him,” Kelly’s attorneys said in a court memo.

There were some witnesses called during the trial, with tearful testimony from victim Jerhonda Pace, who described a confrontation with an enraged Kelly, who she said smacked her and forced her to perform oral s€x on him.

One witness testified to walking in on Kelly performing oral s€x on singer Aaliyah when she would have been just 13 or 14 years old.

Witnesses described the scheme for Kelly to illegally marry Aaliyah in 1994, when she was just 15 and he was 27. Kelly allegedly feared the girl was pregnant and married her with the idea it would help him avoid charges for having s€x with a minor, and bar her from testifying against him. A former member of Kelly’s entourage testified he bribed an official to get Aaliyah a fake idea showing she was 18 so the marriage could go forward.

Aaliyah died in a plane crash in 2001 at 22 years old.
Kelly is also facing charges in Minnesota and federal charges of pornography and obstruction in Illinois.

The Grammy winner didn’t testify in his own defense during his New York trial, but famously broke into hysterics during a 2019 CBS News interview with Gayle King and denied any wrongdoing. The interview came in the wake of the series “Surviving R. Kelly,” which documented a slew of the allegations against him.

He may choose to make a statement at his sentencing today.

Liposuction: “You no get shame again!” – Netizens dr@g Blessing Okoro as she str!ps to showcase her body in a new video