After being shot in the middle of the night in New York, rapper Lil Tjay is presently recovering from surgery. Fans are worried about his well being and want to know how he is doing. 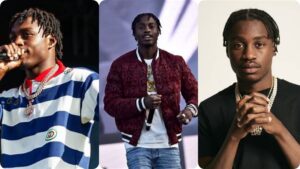 Tione Jayden Merritt (born April 30, 2001), better known by his stage name Lil Tjay, is a 21-year-old American rapper and performer. With the help of his song “Resume,” he gained notoriety in 2018, and later that year, he joined Columbia Records.

According to a story TMZ released on Wednesday, June 22, Lil Tjay was wounded and taken to the hospital where he had emergency surgery.

According to the source, there were two gunshots in Edgewater, New Jersey: one occurred inside a Chipotle restaurant, and the second occurred at an Exxon gas station. In each occurrence, there was a single victim in each place.

Lil Tjay joined Lil Mosey, a rapper from Seattle, on his 2019 national tour. Along with Migos, Travis Scott, Kid Cudi, and others, he also played at the three-day Rolling Loud Miami music event in Miami Gardens, Florida in May 2019.

Along with his close buddy Jay Gwuapo, he usually performs at concerts.