"I Have No Strength To Forgive"- Saskay Says, Emmanuel Consoles Her As Jaypaul Fans Continue To Troll Her
Advertisement e9121cd44938c81b26ca3f8be26ae4dd 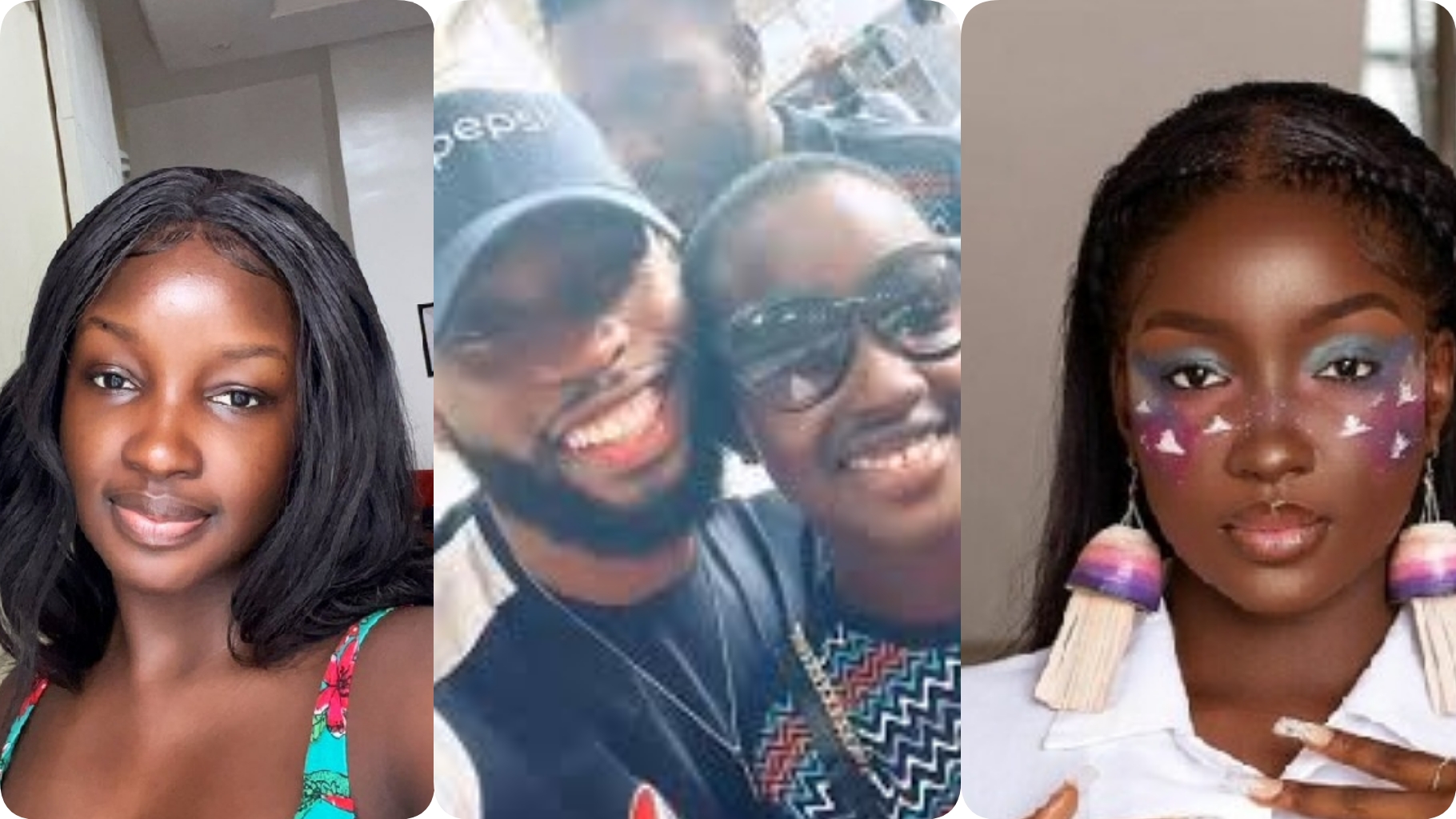 Former big brother naija housemate, Saskay has cried out on social media over the inability to forgive people who have hurt her intentionally.  Her co-housemate, Emmanuel Umoh who is rumoured to have asked her for a relationship, consoled her in the comment section.

Recall that Jaypaul was romantically interested in her while on the show but she ignored his advances and also snubbed him after the show. Fans of Jaypaul rushed to her comment section to troll her  after her tweet about unforgiveness.

“Sometimes, I just sit and think of how people have intentionally hurt me and then there’s no strength to forgive.
Every time I try to, I remember the pain and it hurts all over again.
Omo😪” 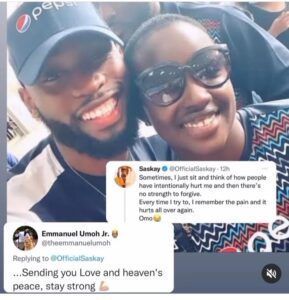 Few comments from fans of Jaypaul:

And look who is talking. The queen of katwa , The fans pleaser ,you owe Jay Paul an apology since Cross dord not rate you.

And look who is talking. The queen of katwa , The fans pleaser ,you owe Jay Paul an apology since Cross dord not rate you.

Honestly Sas I think you owe Jaypaul an apology even tho you no longer or never rated him…I mean what do you mean by he doesn’t matter in the grand scheme of things likeeeeee bruhhhhhhhhh
It’s not a good thing to hurt a MAN that really loved you..

Learn forgiveness. It is divine from God. Dont forget that God forgives you when you sin over and over again. Dont also forget that you have also hurt people that have forgiven you. The bible says forgive and forget and God would bless you as you do so. Shalom!

“What You Are Waiting For Will Not Happen” Actress, Rosy Meurer Comes Hard For Haters As She Issues Strong Warnings