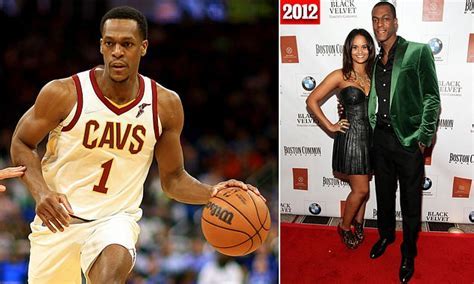 The emergency protection order that was filed against Rajon Rondo last month after he was accused of pulling a gun on the mother of his kids has been dismissed.

The Judge in charge  of the case asked for the dismission of the case on the NBA star Ranjo Rondo on June 16, following the court order.

Court documents shows the reason for the move was that Rondo and his accuser, Ashley Bachelor, “reached an agreement.”

Information has it that the emergency protection order was documented on May 13 in which Bachelor said Rondo became furious the moment she disrupted the NBA star and his Son, Kentucky in a video game sitting on May 11.

Rondo allegedly smashed a bunch of items around the house and according to court documents, told Bachelor “You’re dead” before leaving the residence.

Bachelor claimed Rondo eventually came back with a gun, scaring her and their kids.

Bachelor was eventually granted protection for herself and her two children, and Rondo had to temporarily stay at least 500 feet away from Ashley and their kids.

Cristiano Ronaldo’s staff crashes his £1.7m Bugatti Veyron into a wall in Spain