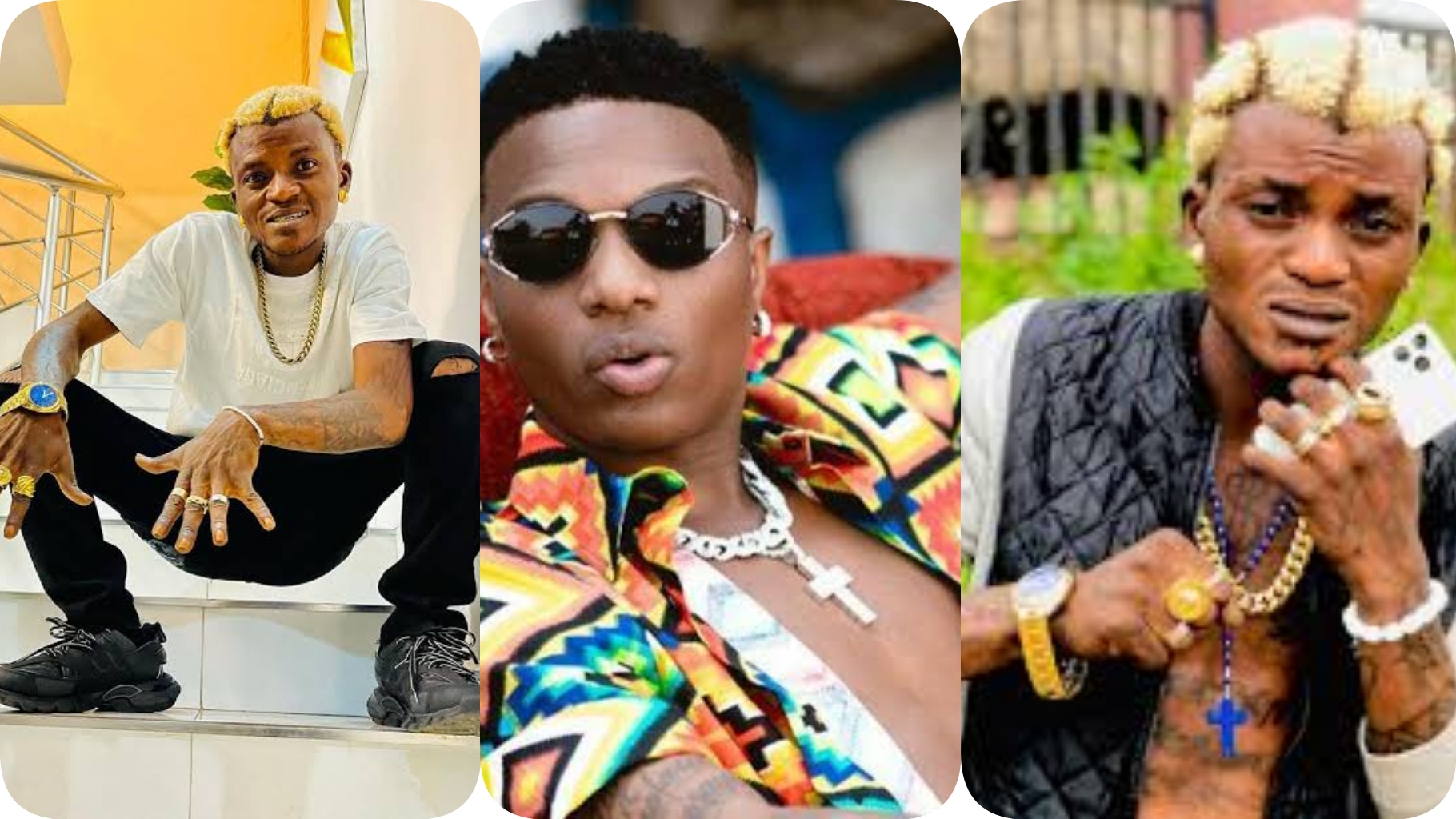 Street sensation pop singer and controversial artist Portable claims that in two years, he would be bigger than award-winning singer Ayo ‘Wizkid’ Balogun. 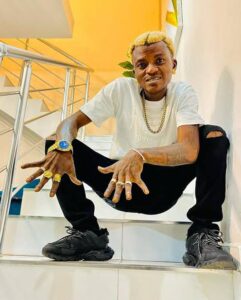 In February, Portable tweeted that Wizkid’s song, Ojuelegba inspired him to start music.

However, yesterday the singer bragged that in two years, he will be bigger than Wizkid.

In another news, Funsho Adeoti, the estrange wife of Nollywood actress, Aigbe’s new husband, Kazim Adeoti, has continued to drag them on Instagram. 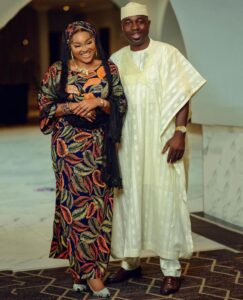 It could be recalled that few hours ago, the entrepreneur asked Mercy and Kazim to pull down a post. She also gave them 12 hours ultimatum to do so.

However, she didn’t specify what they should pull down but we believe the couple understood her post.

After Mercy ignored her and continued making post, the mother of three carried out her threat.

In her latest post, Funsho slammed the new couple for turning the house she built into their love nest. 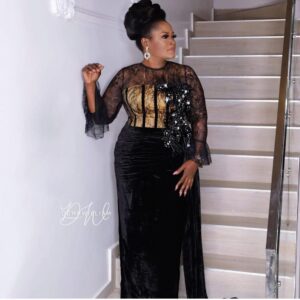 “Kazim you underestimate me right🤔, it’s ok to cause I was your fool for 20yrs abi humm, you kept on pushing me, I told you if it continues I will post this message…bobo, mi kin se omo ale👂..hope you got that.

“Mercy it’s the AUDACITY FOR ME, LIKE, SERIOUSLY…like I told you, you can have him, keep him do whatever the h-ll you want with him, BUT one thing I will NOT LET GO OF is my SWEAT, WHAT I WORKED HARD FOR.”

“LITTLE girl you’ve gat some nerve 🙄 how dear u think it’s okay showing off what I worked hard for on a daily basis and think I would be ok with it… Kazim TAME YOUR D*G… I WARNED YOU. WAY TOO MANY TIMES. KAZIM AM COMING TO GET WHAT IS MINE THIS I PROMISE YOU.”

“Note to you ALL: Marrying a second wife was never brought to my attention by KAZIM, I found out online just like everyone.. yea I admit I suspected he was sleeping with her, hence I called and cursed her out several times, and each time I confronted him, he gave me a long line of men she sleeps with and says ” lailai she’s a whore and she is nothing ” so I look the other way(men in the industry my thinking🤷‍♂️) now he’s favorite whore is now a wife to him.”

“I am No Bast–d, I post this on social media to show you all cause apparently, social media happens to be there GOD they live, breathe, eat and sleep on social media… I WARNED him not to test me but they both keep on pushing me.”

“I am not a pushover, am not one to be bullied by both of you to silence No way. You are great together, but honey I repeat NOT ON MY MONEY OR SWEAT…THANKS.” 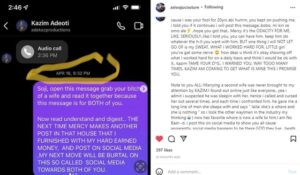 I’d rather d!e than f!ght over a man — Media Personality, Caramel Plugg declares