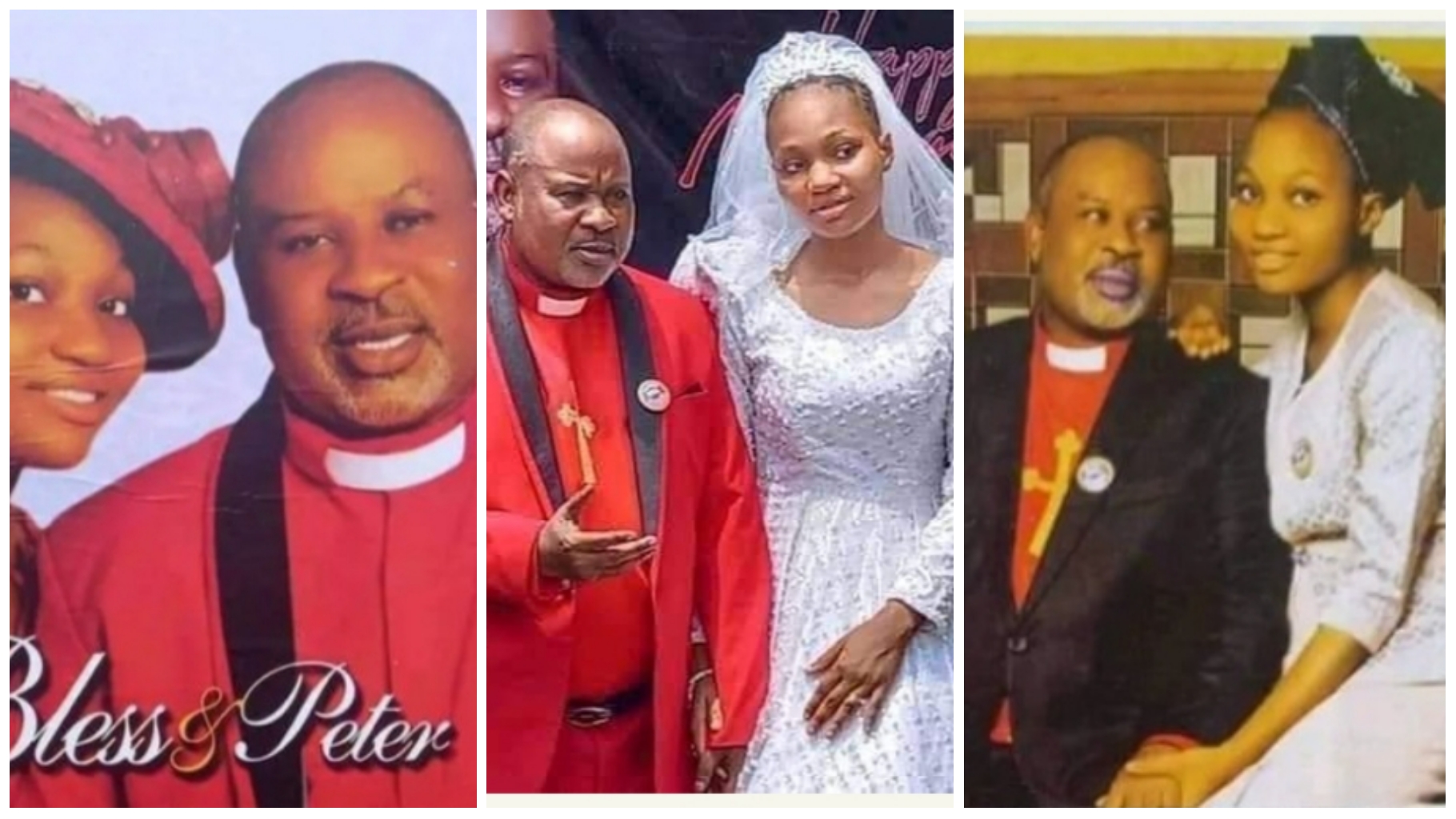 Apostle Peter Tom Udofia, the General Overseer of the Way of Salvation Church of Jesus Christ, Calabar, has married an 18-year-old choir member of his church as a second wife. 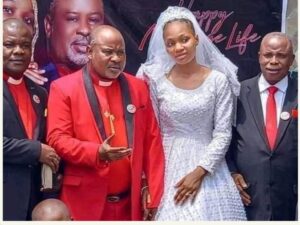 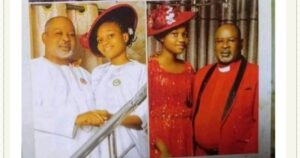 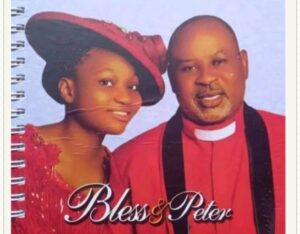 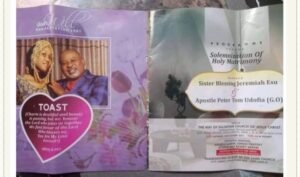 29 year-old groom & his 28 year-old bride, both Virgins marry in Lagos, reveal how they were able to practice abstinence despite temptations

“No Woman Should Think Of Marriage If She Doesn’t Have At Least 10 Million Naira In Her Account “- Life Coach, Solomon Buchi

29 year-old groom & his 28 year-old bride, both Virgins marry in Lagos, reveal how they were able to practice abstinence despite temptations 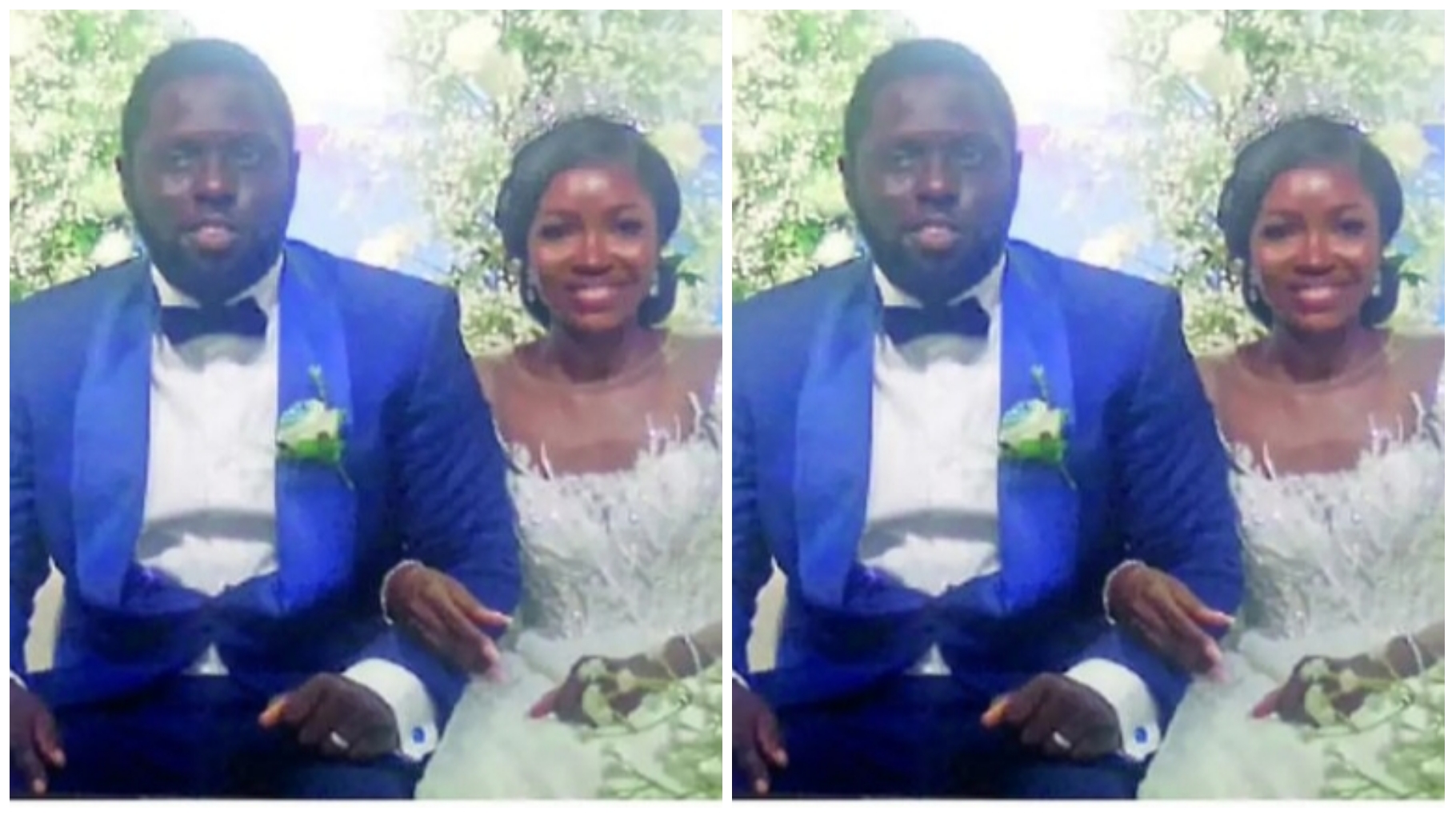 The couple exchanged vows at the Holy Spirit Mission at Marcillina’s Place, GRA Ikeja where the officiating Minister and Presiding Bishop, Charles Ighele, revealed to the guests that both the bride and groom were virgins at their ages till they got married.

Confirming his statement, the groom said one thing that made it possible for him to remain a virgin until his wedding night, was the Christian upbringing he had. He disclosed that there were temptations from many areas but counseling helped him to win the battle against sex before marriage.

“While I was growing up, my parents kept hammering on the need for me to keep myself and never mess up and I heeded their advice. I tried to make friends who would not deceive me into having sex before marriage. I was also fully involved in church activities and I thank God for guiding me.”he told The Sun.

On her part, the bride said fulfilling the vow to keep herself until marriage was one of the best things that would happen to her.

“I am happy and fulfilled marrying as a virgin, though it was not an easy thing to do. I took the decision of remaining a virgin till I get married when I was a teenager. Meanwhile, I grew up in a Christian home. So, I had to keep myself.

It was not easy for me. I was severally tempted by my lecturers while in the university. Friends also tried to lure me into fornication and men asked me out. In fact, I went through so many challenges. But what guided me was God and my principle.” he said

Bishop Ighele, who is the father of the groom, said the groom was not the only one among his children that married as a virgin.

“That is who my children are . The one that wedded last year in United States of America at 25 was a virgin. I make them my friends. As I speak, there is a girl we adopted as our child, she never had sex before. She is now in her final year at the university. When she was in secondary school, she met my wife and said, mummy, I have feelings towards one boy. You know that it is not easy for a child to meet her mother and say such a thing.

“No Woman Should Think Of Marriage If She Doesn’t Have At Least 10 Million Naira In Her Account “- Life Coach, Solomon Buchi 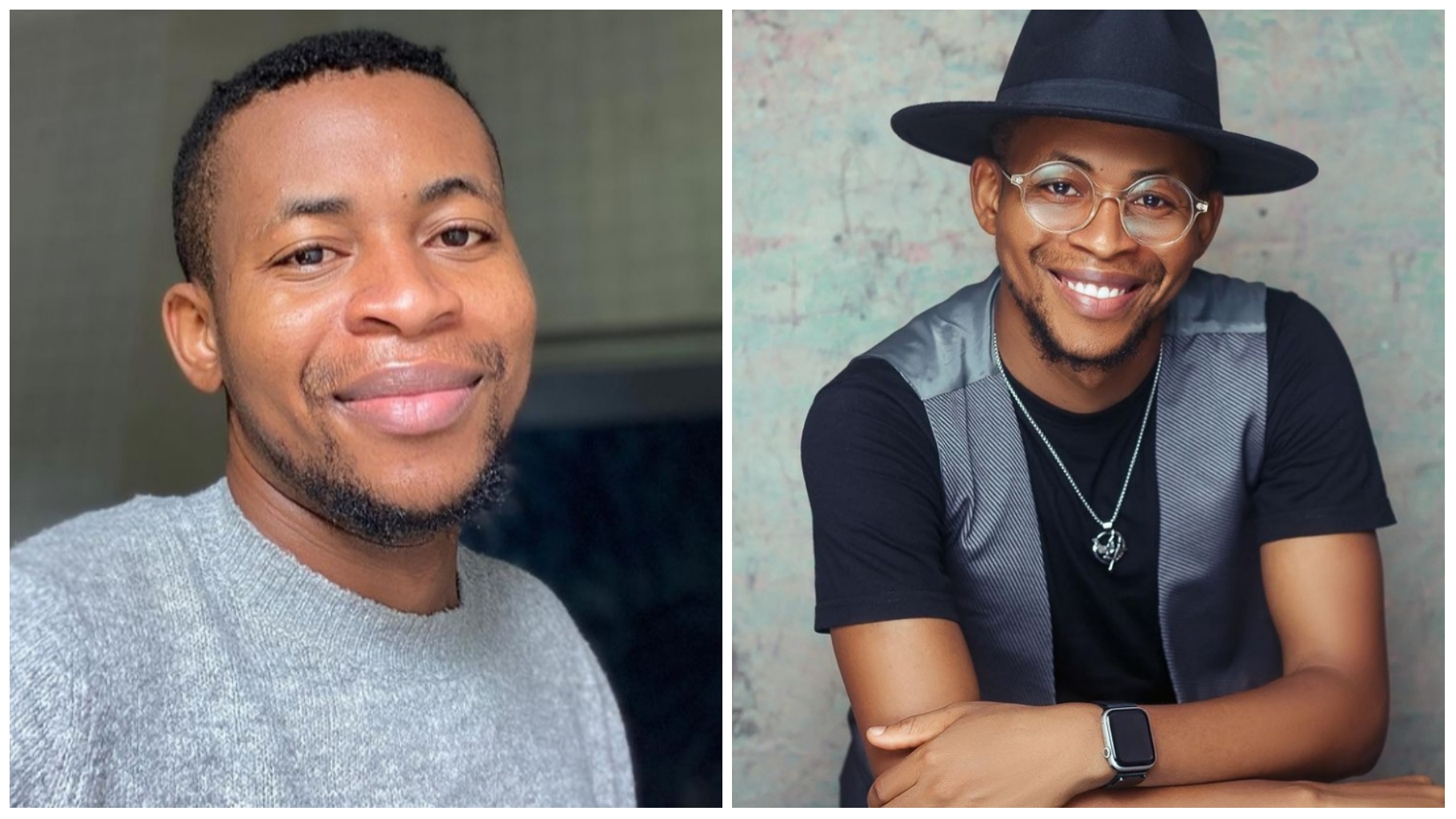 A popular Instagram life coach, Solomon Buchi has advised women not to consider getting married if they can’t boast of 10 million naira in their account. 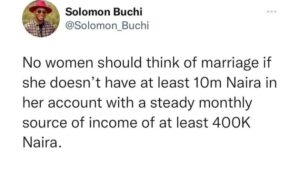 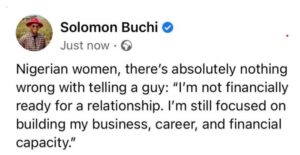 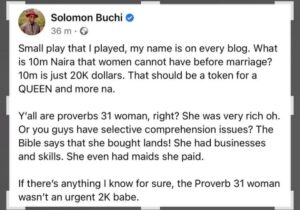 ” Small cruise, blogs won’t let my name rest. Comment sections on each of them filled with violence and women cursing their lineage not me.

That high blood pressure that women want to give men, I’ll give it to you women first. One said “this post is too much pressure…” but if a woman tweeted that about men, the comments will be “yasss queen, get that bag…” 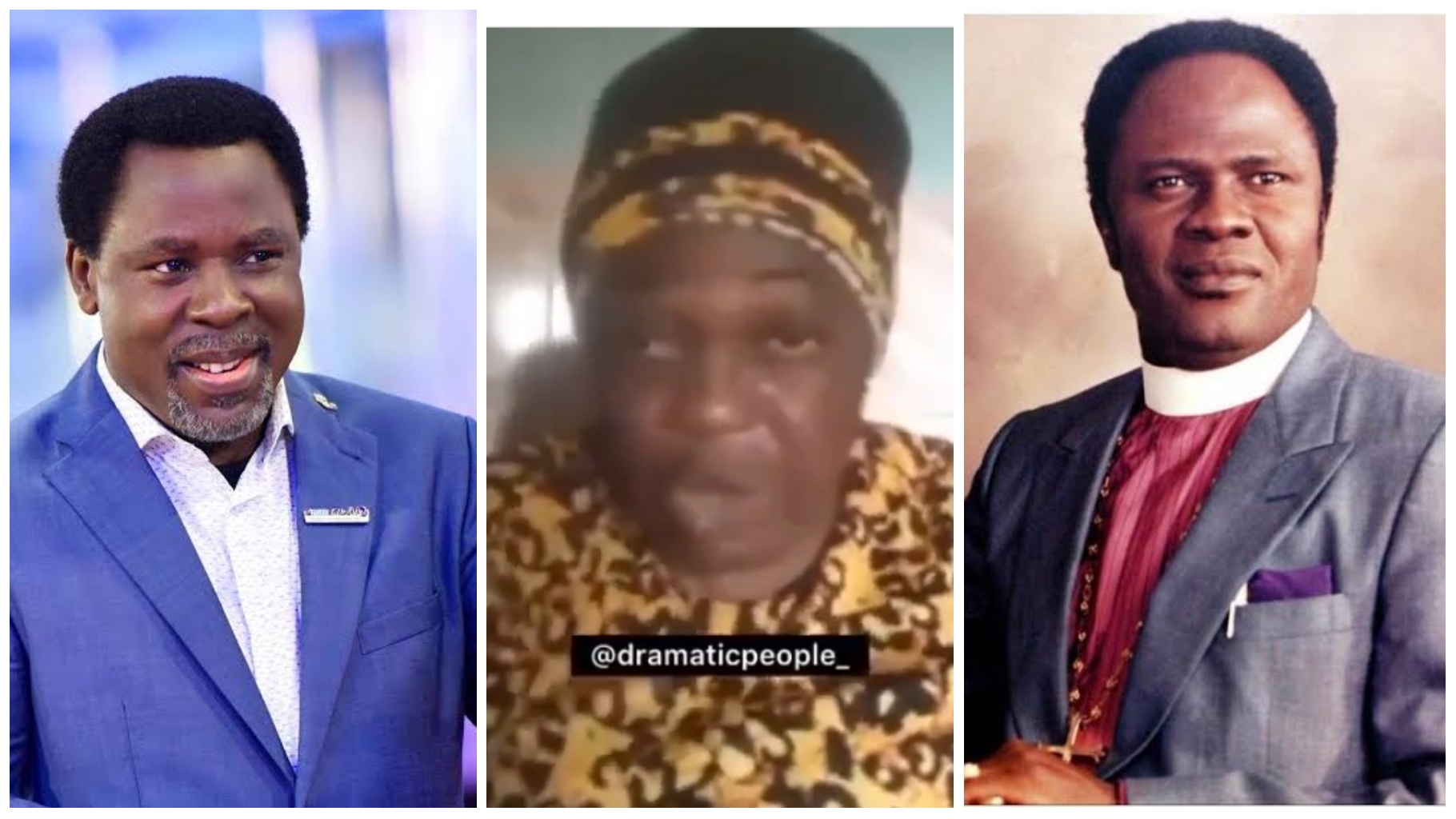 A preacher whose VIDEO has gone viral on the internet, has revealed she saw late Prophet Tb Joshua and Archbishop Benson Idahosa in Hell fire because they refused to stop their church members from wearing earrings.

She also added that the long chain Benson Idahosa wears is the major reason he went to hell.

In another news, Nollywood star actress, Dakore Egbuson, has celebrated her father as he clocked 74 today. She also shared a lovely video of her daughters meeting him for the first time.

In a post she made to mark his birthday, she wrote:

“This is 74! Happy birthday to the man I first loved, my Dad ❤️ May God continue to keep you in great health, wealth and strength” 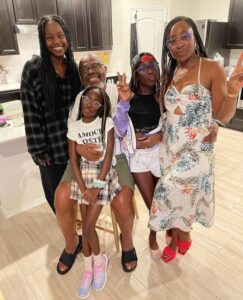 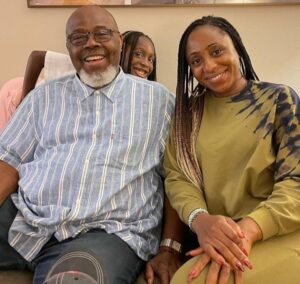 Dakore was born in Bayelsa State as the first child of her parents. She attended Corona School and Federal Government Girls’ College in Lagos and Bauchirespectively.

She studied mass communication at the University of Lagos but had to drop out due to incessant strikes. She is currently married with 2 children.

In September 2019, Dakore appeared as a main feature in the Visual Collaborative electronic catalogue, in an issue themed Vivencias which translates to “Experiences” in Spanish. She was interviewed alongside 30 people from around the world such as Kelli Ali, Adelaide Damoah and Desdamona.

In May 2020, Dakore’s interview on the same Visual Collaborative platform republished in a series titled TwentyEightyFour, which was released during the peak of the COVID-19 pandemic, French music duo Les Nubians, Japanese Music composer Rika Muranaka and Nigerian comedian Chigulappeared in the same volume.