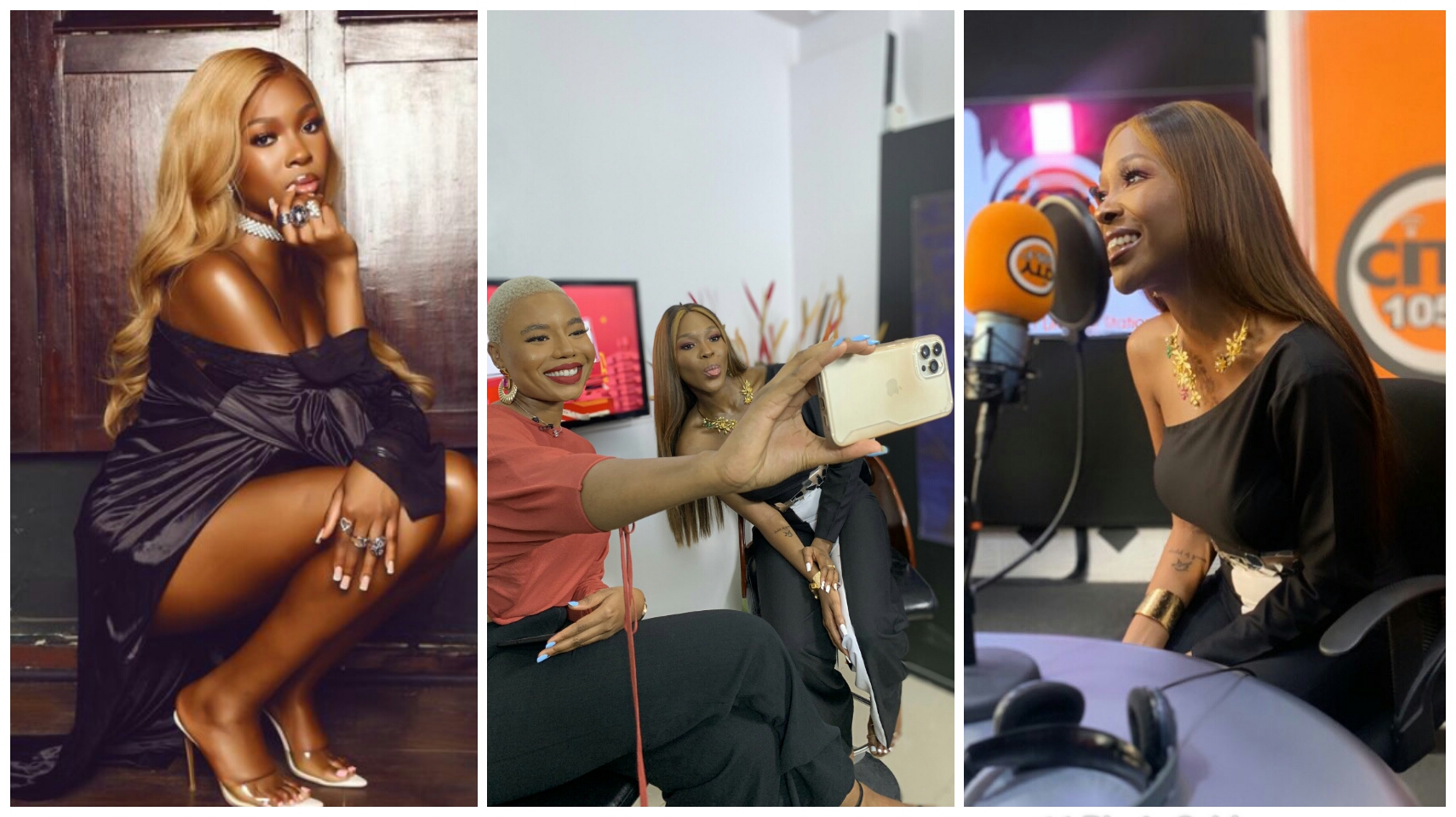 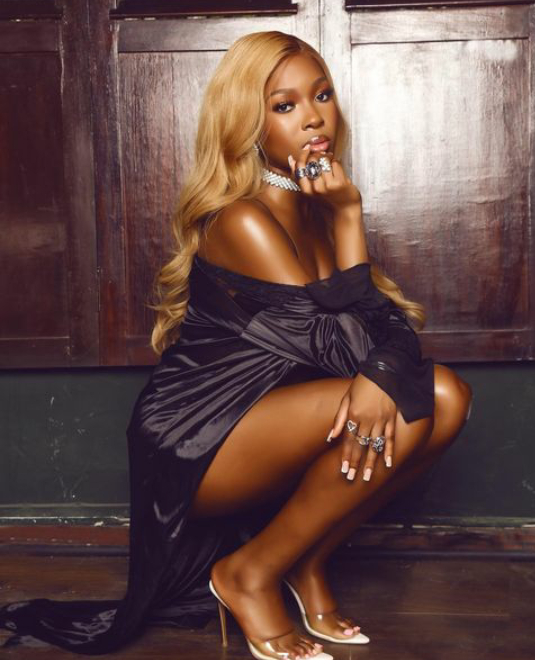 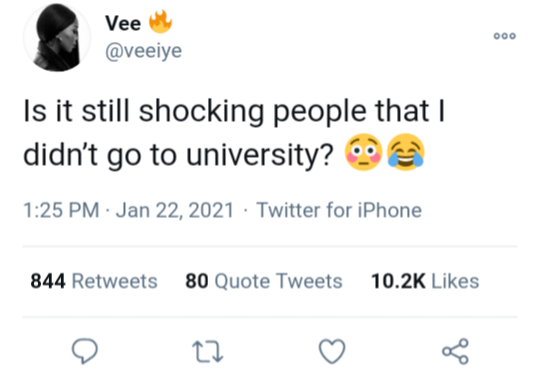 Read few comments from her followers below:

“Is it still shocking people that I didn’t go to university?”

“Huh? And you are so articulated and intelligent, abeg let me tell my mom, I don’t need to go to university, I already know English”

“It is not the degree a person has that makes them succeed in life, but the skill they possess. We saw it with the talented Bisola Aiyeola”

“I think because in Nigeria it is the expected pathway. Very few people who didn’t do tertiary education in Nigeria are in that position out of choice”

“That’s where the surprise comes in, because it is expected.
You grew up in a country lack of tertiary education isn’t a ‘stigma'”

“In ‘the’ abroad you can go back to school in your 40’s after living life: raising kids, working etc”

“It’s now I’m hearing. Yet ur English is fluent morethan some of us with masterssarhhh this life no balance” 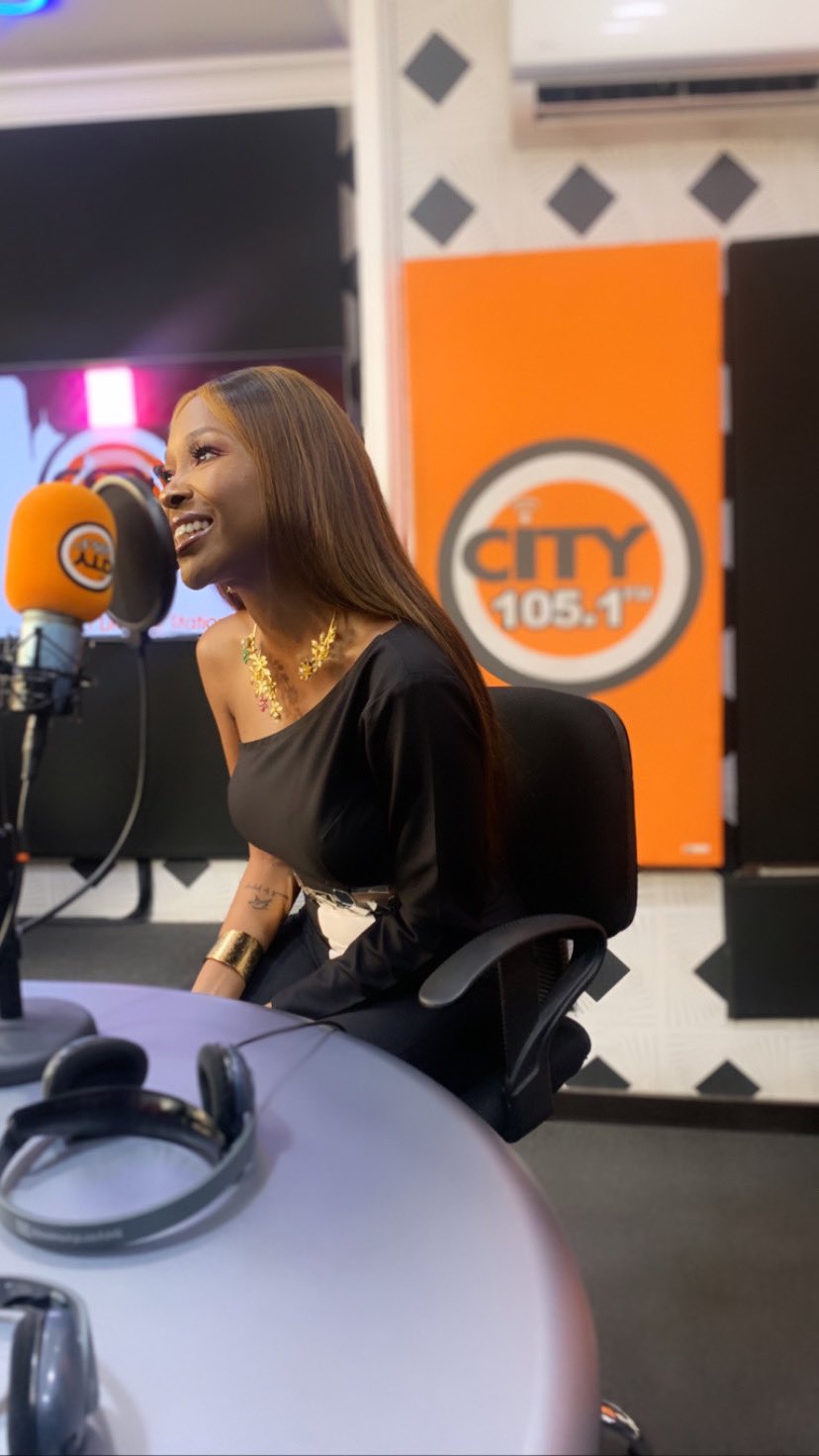 “Lolzzz… People are shaa funny . What has going to the university got to do with being eloquent,smart and speaking good English .. Especial for one who is not a Nigerian born and brought up .

“Lol! What’s university education when you have Vee’s kind of intelligence and confidence? Sis, you will give a lot of university graduates a run for their money. No cap!”

READ MORE:”YOU CAN HAVE A BACHELOR’S DEGREE AND STILL BE AN IDIOT”

“I’m loved and pampered by so many people”- Erica says, reveals the exact gift she wants her fans to give her on her birthday 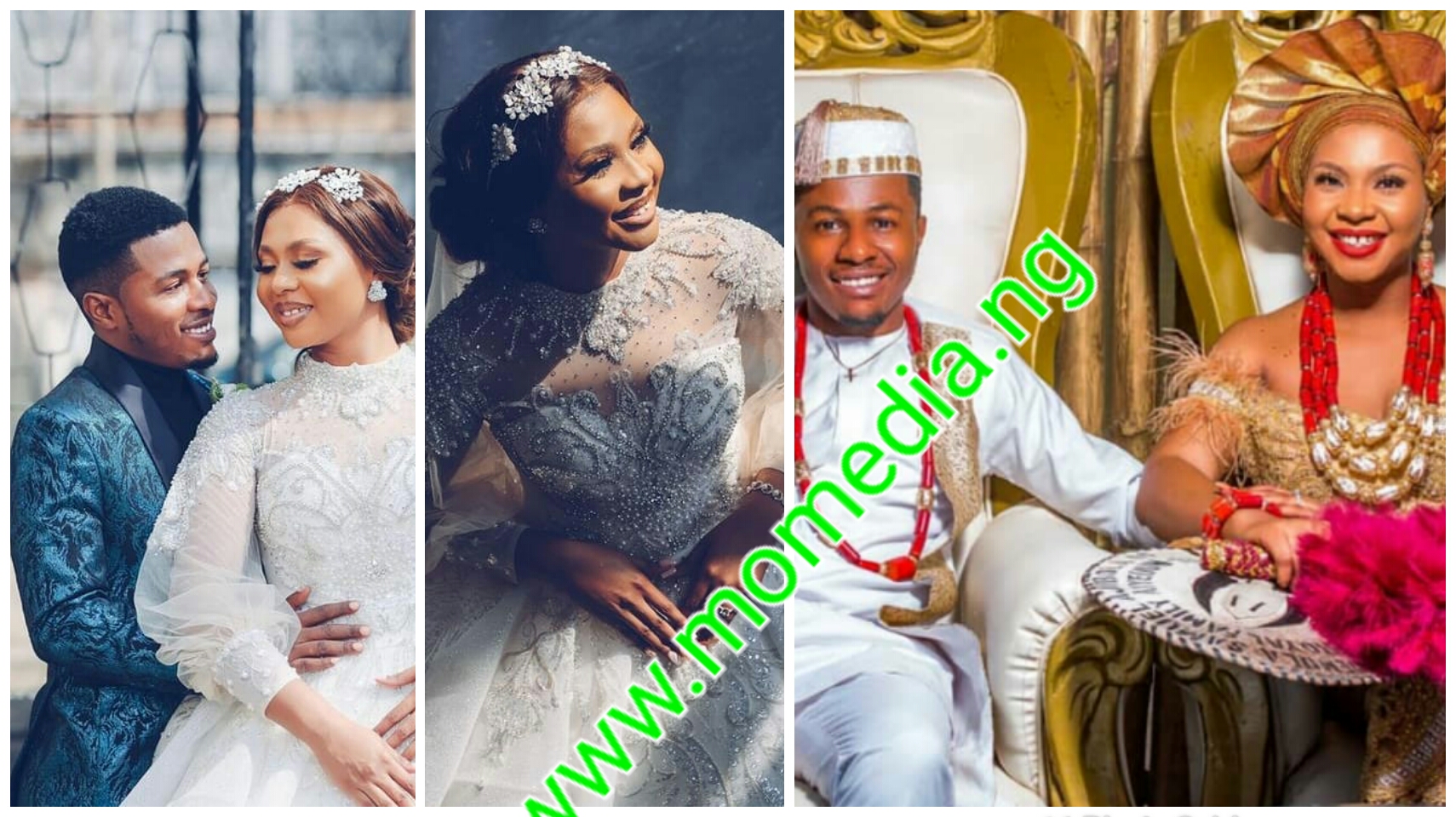 Samuel Ajibola aka Spiff, popular actor in the Johnson’s Comedy series has shared more details on how he met his wife. 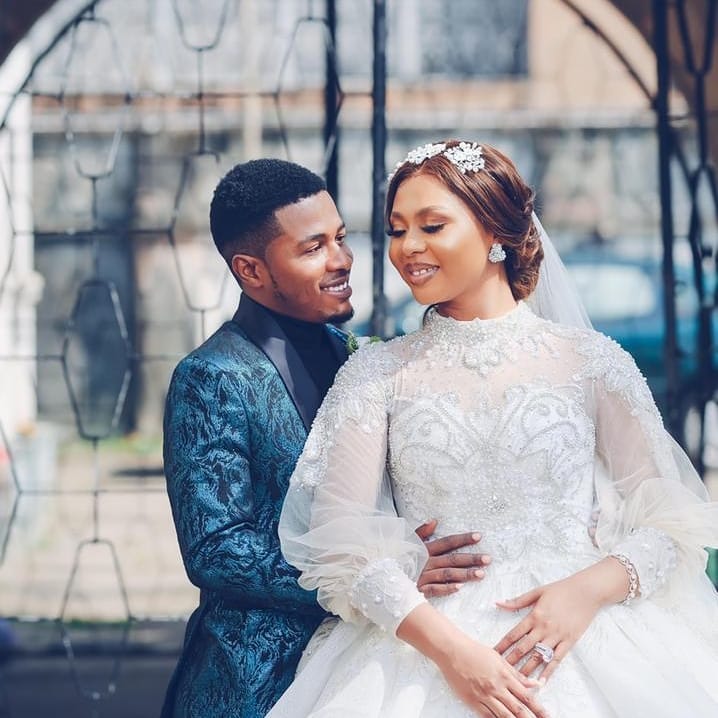 “I promise to be your defender. You’re my precious, my spiritual healing. You compliment me and indeed my better half. I love you forever” 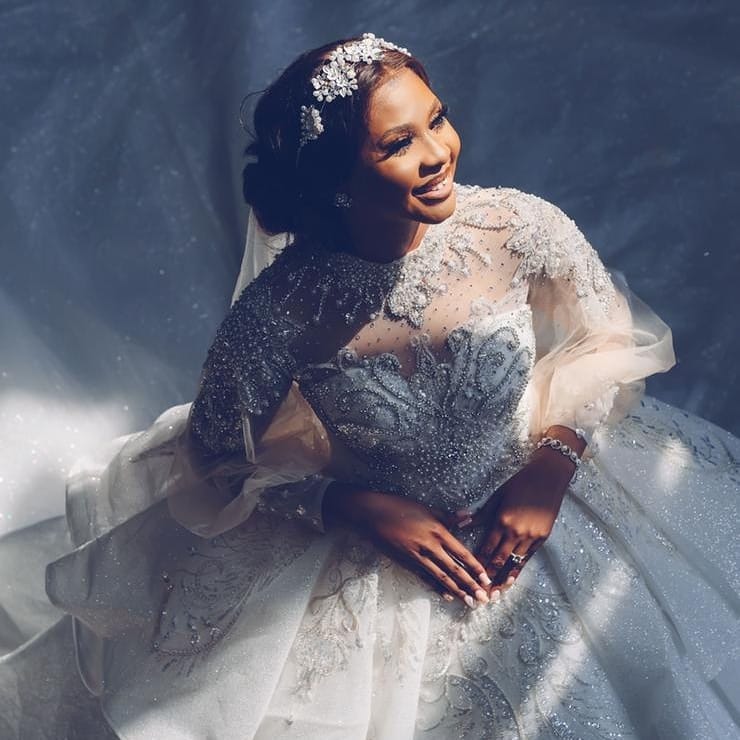 The actor in a recent interview with Saturday Beats disclosed reasons why he made the marriage move. 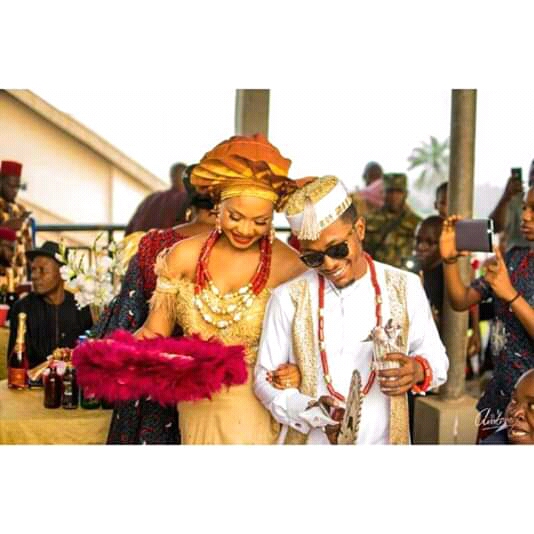 According to the Johnsons ‘s actor, Spiff, he knew he had found his missing ribs because his wife has some similarities with his mum and her soul is beautiful. 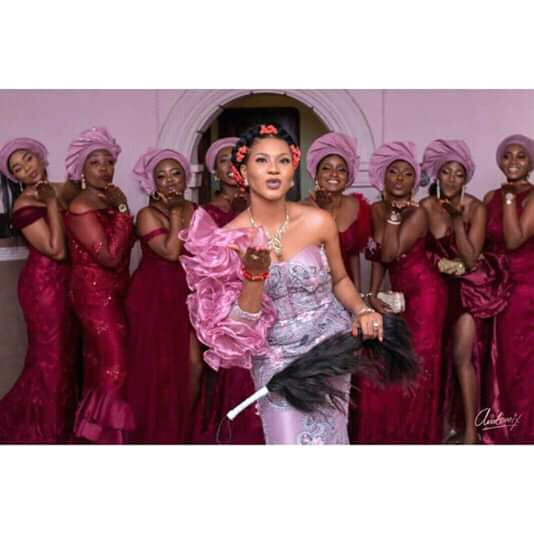 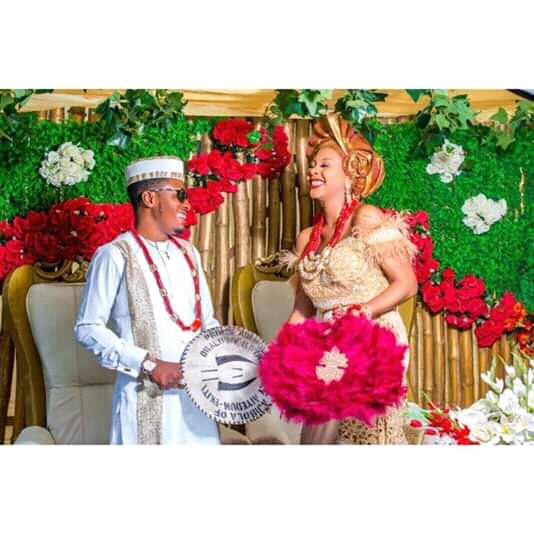 Those were the traits of the girls I was usually attracted to. But for my spouse, she had some features that reminded me of my mum when she was younger and since I have so much resemblance to my dad, I knew it was going to be easy to settle down with her. I’m also in tune with my spiritual life, so I knew it was meant to be. I saw the signs and messages and I wasn’t going to take chances. When she met my parents, they were also of the opinion that she would be a great wife.

“To be honest, my fiancée is a beautiful soul full of happiness and she is a great person. So, it was not hard convincing my parents that she is good for me. My parents are not tribalists– they were open to receiving anybody. I also got a warm reception from my in-laws too. Ours was just a kingdom wedding that was destined to happen. We courted for about two years but we had known a long time that we were destined for each other. We were just waiting for the right time.” 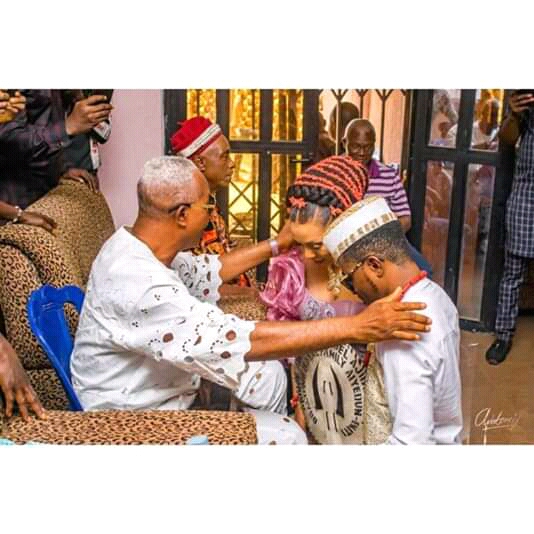 “To be honest, for some years now, I had been long overdue to settle down. But most people did not have an idea about it because I look very young and I play young characters most of the time. So, marriage was not what a lot of people or fans ever imagined for me. But I knew that I was of age and I needed to settle down soon to move on to the next phase in life.

“At the point that I knew she was the one for me, I wasn’t going to waste time anymore. As soon as we started getting along and both families had met each other, we were just counting down until when we were ready for it,” he said. 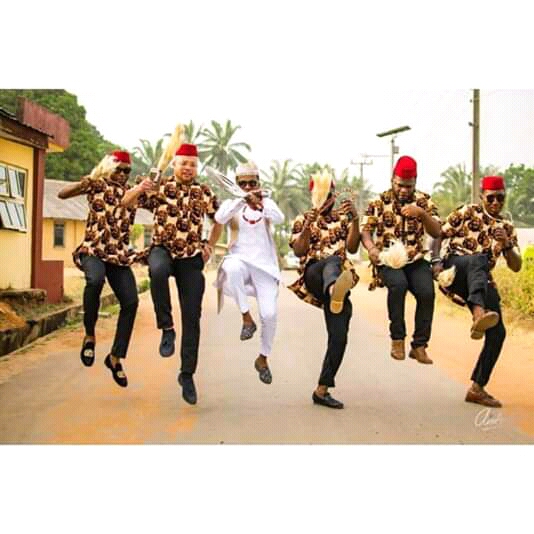 “I’m not considering a large family. We are planning (to have) not more than three children, considering the population of Nigeria. It’s really hard to raise children here.” 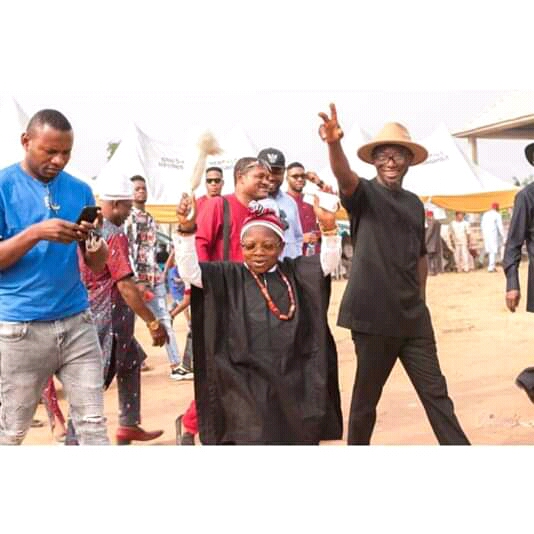 READ MORE: “WHY MY HUSBAND CAN NEVER STOP ME FROM ACTING”- CHIZZY

“Don’t Expect Me To Give Out Money Like Others, Our Flow Of Income Is Different”- BBN Tacha 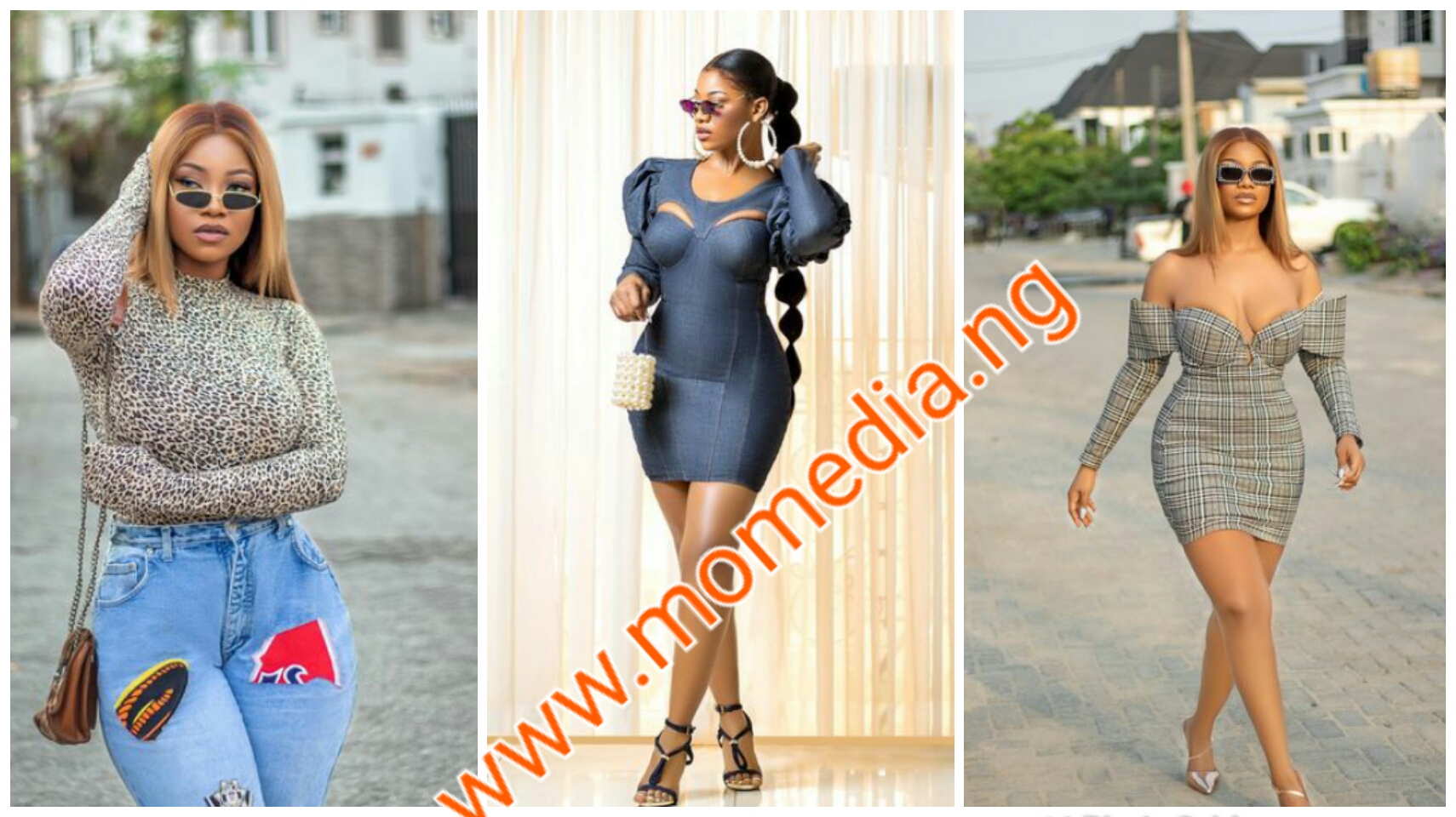 Former big brother naija housemate, Tacha Akide has been complaining on Twitter over giving and spending of money. 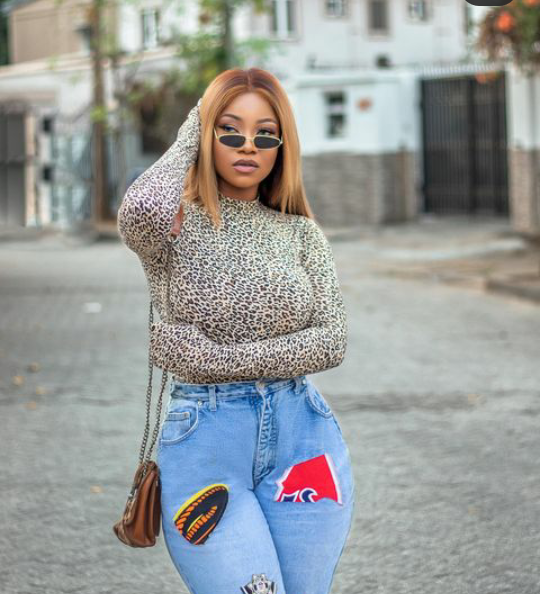 The entrepreneur stated that nobody should compel her to give money like others because their sources and flow of income are different. 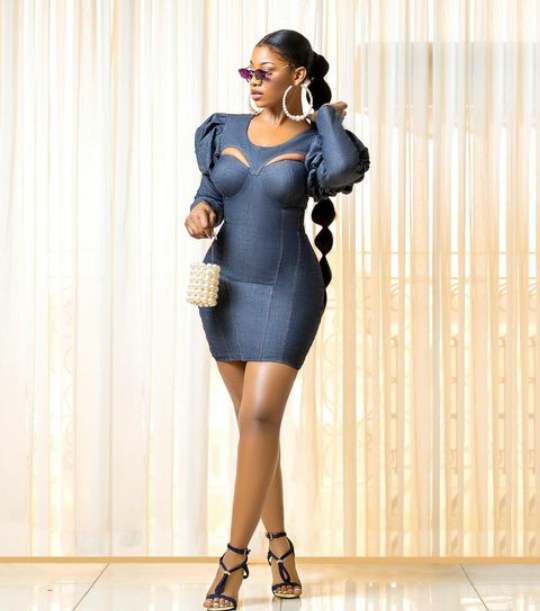 “People have different flows of income, same way people have different ways of spending their money! Don’t expect me “giving and giving” because others “give give” those “others” don’t make money the way I make it. They are not me and I am not them!”

“No disrespect to whoever out there irrespective of how you make your money! your money is your money “SPEND IT YOUR WAY”.

READ MORE: “I KEEP THINKING I WILL GO TO HELL FIRE” 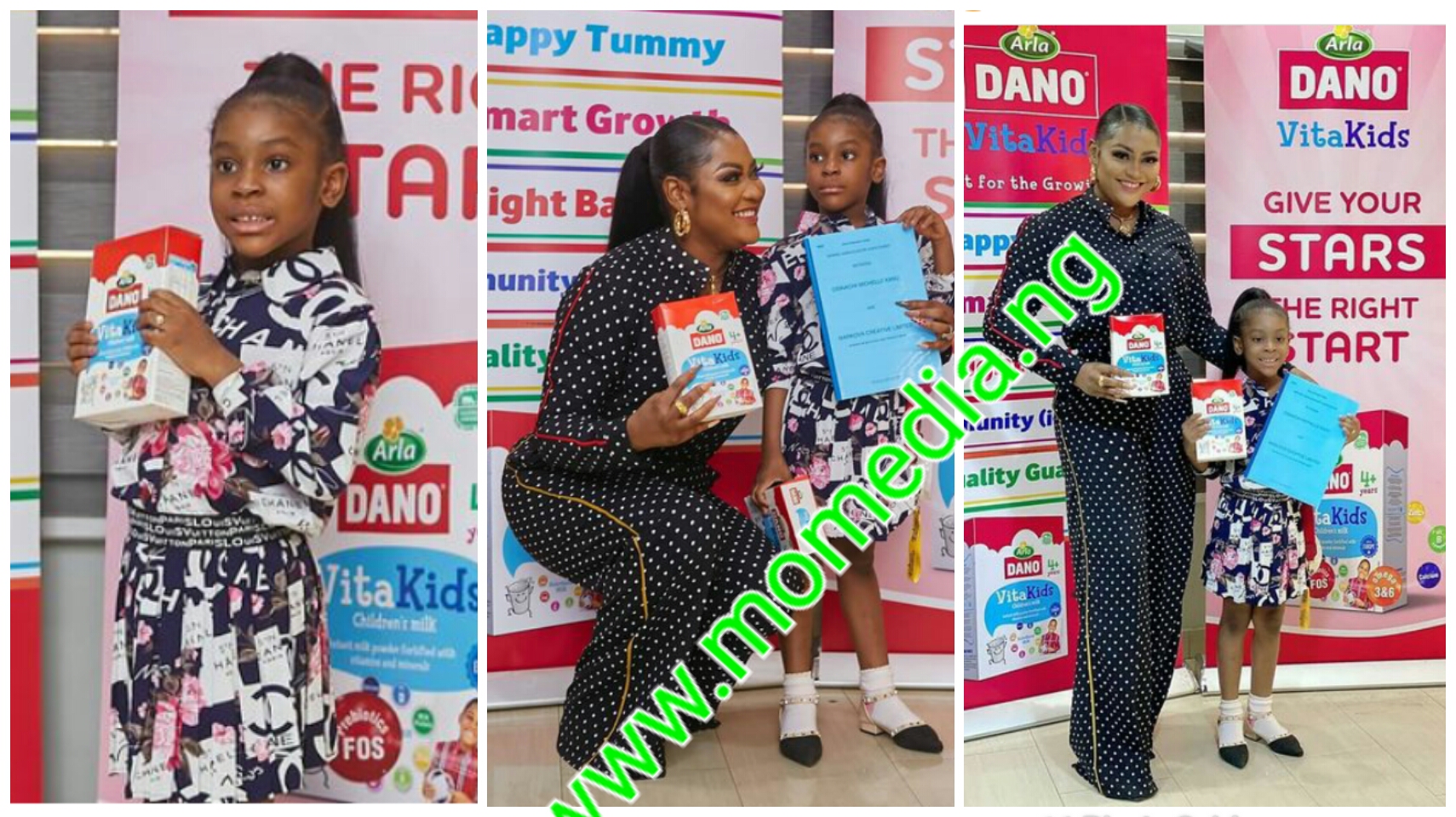 Her mum, Uche shared photos from the signing with a short statement thanking her fans for celebrating her daughter.

” Thank you all for the love you showed my jewel @stargirlsinach , every soul that wished her well will be celebrated this year, may you all receive your heart desires without labour. Amen🙏” 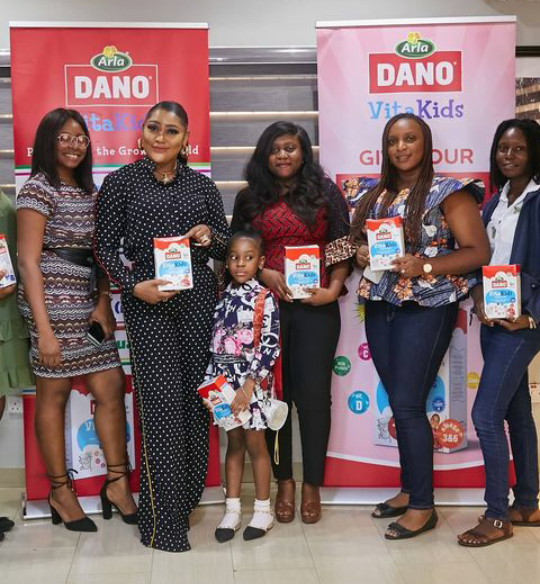 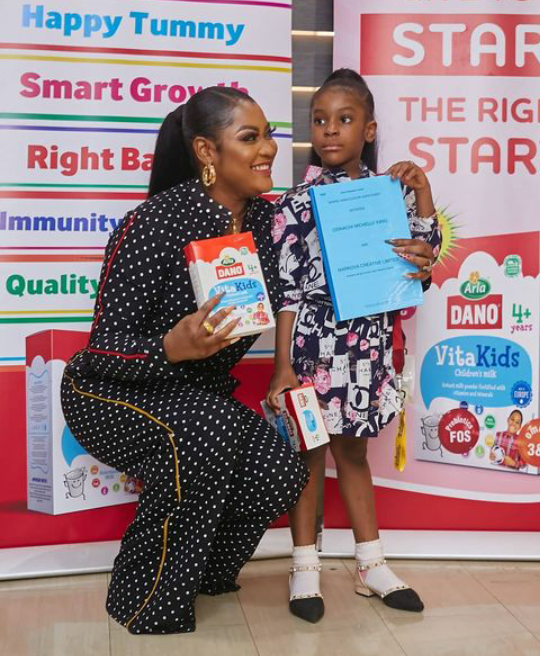 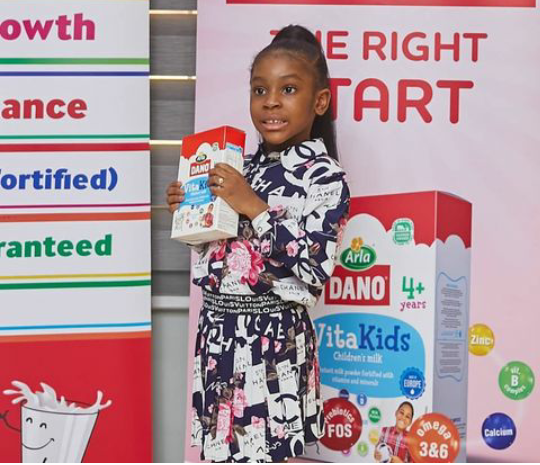 Actress Uche Elendu separated from her husband few years ago and she’s currently raising her two daughter’s alone. Aside from acting, she has a fashion shop which her colleague, Destiny Etiko is the brand ambassador.

READ MORE: “WHY I KEPT MY PREGNANCY A SECRET”