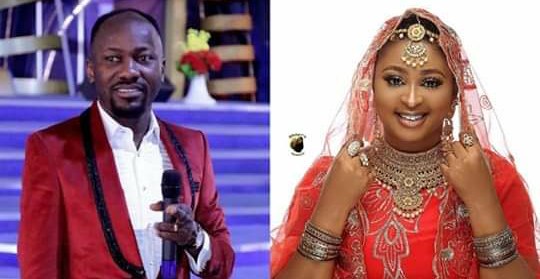 Recall that Apostle Suleman admonished his female church members not to indulge in bleaching because of issues ranging from skin disease, body odour to low self esteem.

Etinosa who has been a supporter of skin bleaching took offense and immediately attacked the man of God. The actress said bleaching had no relationship with the kingdom of God so the pastor should desist from such sermons.

Etinosa also alleged that the pastor ‘s sidechick also bleaches. However, few hours ago, the actress turned a new leaf and insisted she wasn’t referring to him and also asked for his forgiveness.