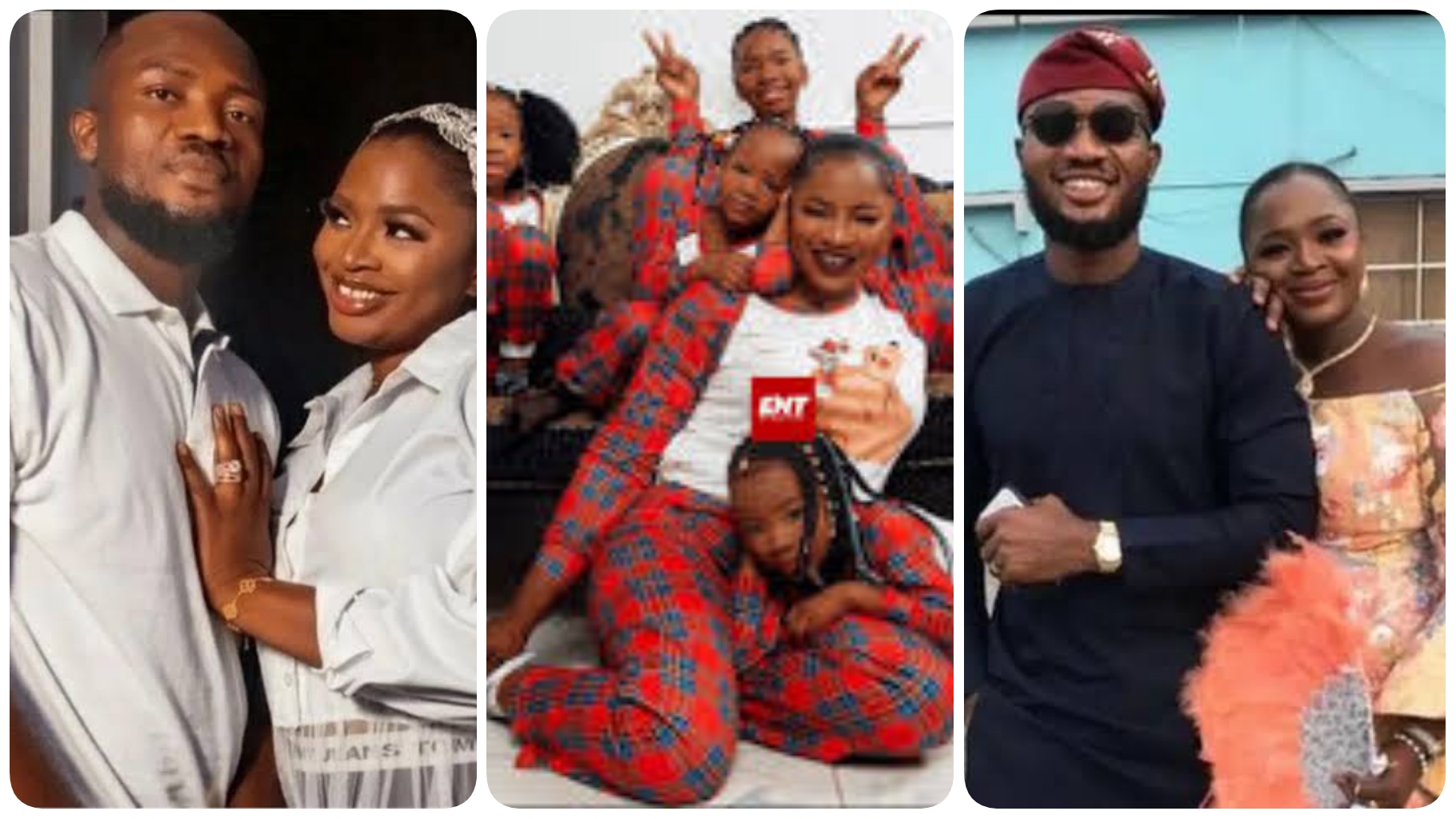 Businessman, Ikechukwu Ogbonna aka IVD has threatened to commit suicide weeks after his wife Bimbo d!ed in controversial circumstances.

In a post shared on his Instastories, IVD says its been a month and a week now and he hasn’t seen his kids. He says l!fe is empty without his wife and kids and that he might end it all. 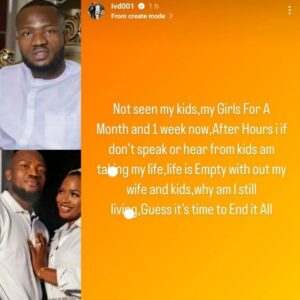 In her Instagram post, Jaruma said she is ready to raise two out of the five children that late Bimbo had. 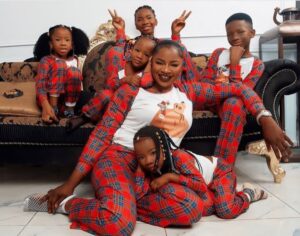 Jaruma also revealed the things she would do for the children if she is given the opportunity to raise and bring them up.

“I am begging all Nigerians to give Two of them to Jaruma”.

“Jaruma will give them the best quality of life that money can buy”.

“Jaruma will buy dual citizenship for the both of them in Grenda 🇬🇩 and Saint kittis Nevis 🇻🇺”.

“Jaruma will pay their school fees from playgroup all the way to secondary to University and to masters”..

“Jaruma will open fixed bank accounts in Grenda 🇬🇩 and Saint kitss Nevis 🇻🇺 for the both of them which means by the time they are 18 years , they will have at least 😯 million naira in their account”.

“They will learn how to drive in a Mercedes Benz Formatic C4OO just like their mother, Jaruma”. 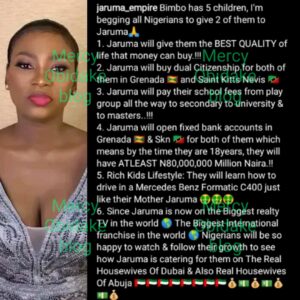 “Getting Married At 3O Is Not An Achievement” – Nollywood Actress, Shade Ladipo Reveals, Gives Reasons, Uses Her Colleague, Rita Dominic As A Case Study