Singer, Teni Fum£s At Those Alleging She Did Surgery To Lose Weight (Details) » MoMedia

Singer, Teni Fum£s At Those Alleging She Did Surgery To Lose Weight (Details)
Advertisement e9121cd44938c81b26ca3f8be26ae4dd 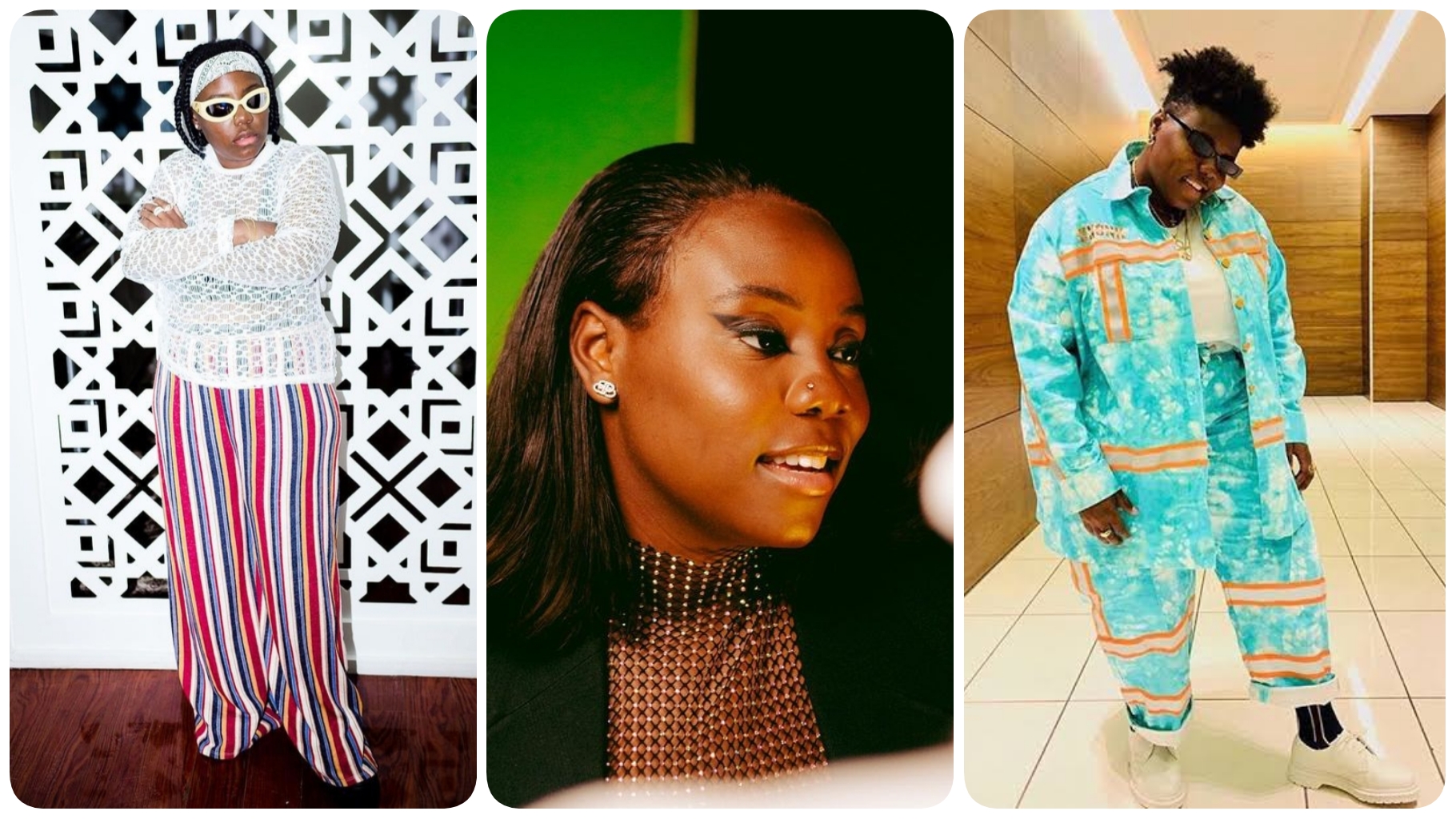 Teniola Apata, popularly known as Teni, has reacted after some of her followers accused her of undergoing a surgery to lose so much weight. 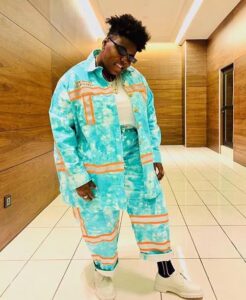 A follower commented on her page:

Show of us proofs so we know you ain’t capping, each week you lose some pounds of flesh by workout should be proudly recorded cause you worked hard for it, if you can provide some proof then how you want us to believe it weren’t surgery. 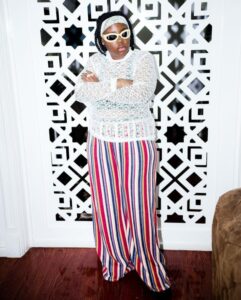 LOST 75 POUNDS no surgery! Dumb asses claiming I did can suck mine!

Another of her follower supported her:

Using diet to shed some weight is as important as workout. Y’all keep thinking you must enter the gym in order to lose weight, when all you really need is portion control and diet change . 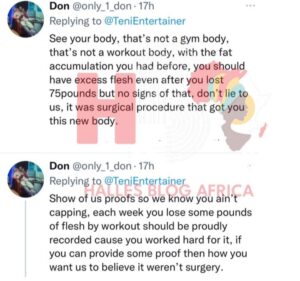 Last month, Nollywood actress, Eniola Badmus  revealed that she has a particular habit she is supposed to have stopped a long time ago, which influenced her decision to undergo a surgery. 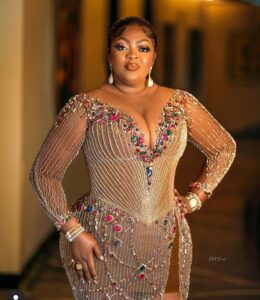 In an interview with City people, Eniola revealed the reason she underwent a gastric bypass surgery which is the shrinking of the stomach so one would be able to curtail the amount of food they consume.

Eniola Badmus revealed that she had a bad habit of eating anything she sees until it came to a point she decided to do something about it, the actress also disclosed that she has other bad habits she has decided to stop. 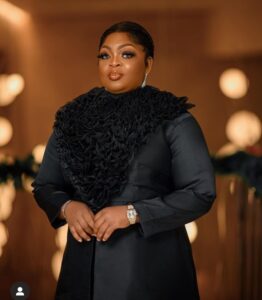 It is not easy. What I can say is it got to a point I could not control what I eat anymore. I eat anything so far it is edible, so from there I knew something fishy was going on. So far I have lost 33kg”

“I have other habits but I stopped even the one I thought I could not. I have one terrible habit that I am supposed to have stopped long time ago. This year a lot has changed about me, even I did not see this coming. As the year passed by I decided to change something”.