Hushpuppi Sentenced To 11 Years In Prison For Fraud

"We Shall Be Here To Sh@me You" - Netizens Dr@g Seyi Law, 9ice And Azadus For Supporting Bola Tinubu

"Who Is Trying To Cover Up Traces?"- Apostle Johnson Suleman Reacts Following M¥rder Of Suspected Kidnapper By The Police (Details)

German Minister Warns Russia Could Use "People As We@pons"

Russians Are Being Prepared For Nucl£ar W@r, World Must Act Now - Zelensky 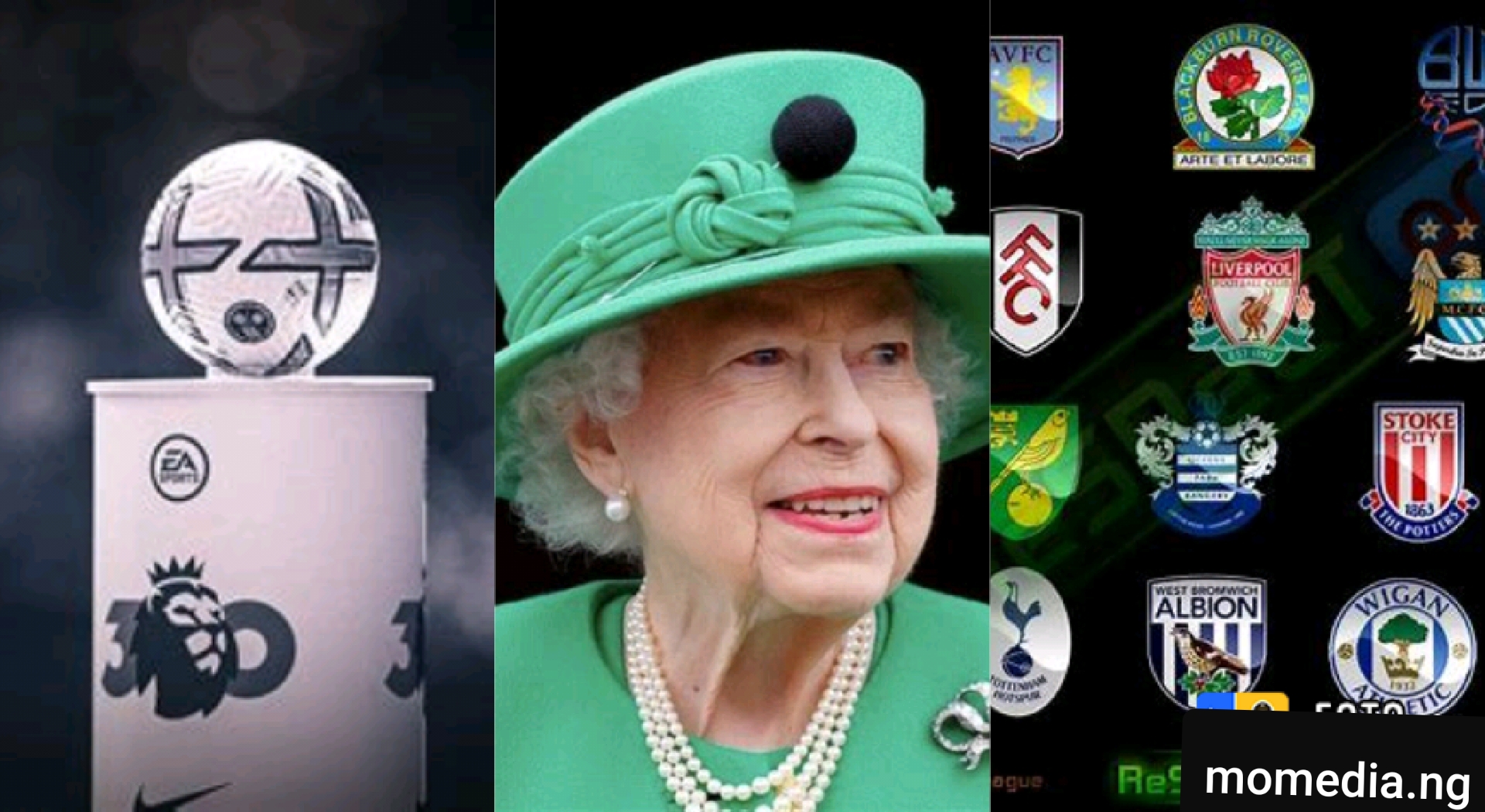 Premier League, Championship, League One, League Two and non-League called off this weekend following the death of The Queen; start of WSL season delayed; Horse racing cancelled on Friday and Saturday with St Leger moved to Sunx`day

The Premier League and English Football League have postponed this weekend’s round of fixtures following the Queen’s death on Thursday.

The start of the new WSL season has been postponed with non-league and grassroots fixtures also called off.

The news comes after Queen Elizabeth II’s passing on Thursday, with the country now in a state of national mourning.

“To honour her extraordinary life and contribution to the nation, and as a mark of respect, this weekend’s Premier League match round will be postponed, including Monday evening’s game.

Richard Masters, Premier League Chief Executive, said: “We and our clubs would like to pay tribute to Her Majesty’s long and unwavering service to our country.

“As our longest-serving monarch, she has been an inspiration and leaves behind an incredible legacy following a life of dedication.

“This is a tremendously sad time for not just the nation but also for the millions of people around the world who admired her, and we join together with all those in mourning her passing.”

“Further updates regarding Premier League fixtures during the period of mourning will be provided in due course.”

In their statement, the EFL said: “Further to discussions on Friday morning it has been determined that all EFL fixtures from 9-10 September will be postponed as a mark of respect by the National Sport to the passing of HRH Queen Elizabeth II.

“This is aligned with the approach that the Premier League and the FA will take with their competitions this weekend. Further information, in respect of how football, clubs and their supporters will commemorate Her Majesty’s reign will be confirmed at an appropriate point.

“Details regarding rearranged games will be announced in due course.”

The British Horse Racing Authority has confirmed that all British horse racing has been cancelled on Friday and Saturday. An additional day of racing at Doncaster will be scheduled for Sunday to ensure that the Cazoo St Leger and other important races lost as result of the cancellations can take place.