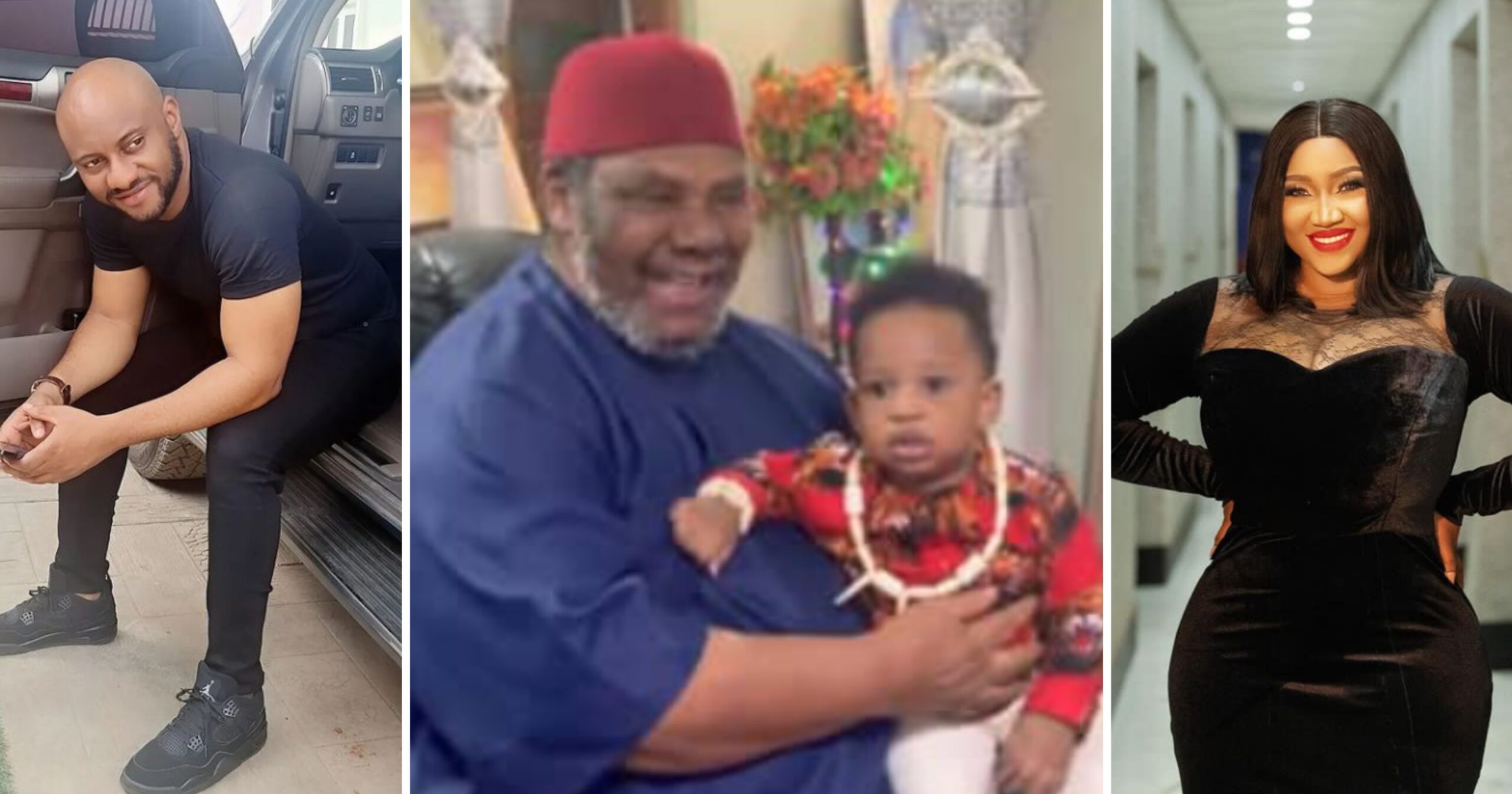 Veteran Nollywood actor and movie producer, Yul Edochie has stirred up mixed reactions among Netizens following the video he shared, of his second family’s visit to his father Pete Edochie’s home.

Recall that, Yul recently broke the internet on the 27th of April 2022, after sharing photos of his new baby, Star Dike Edochie, together with his second wife, Judy Austin.

However, just recently, the actor shared a video of him and his son’s visit to his father’s house on social media. Yul Edochie and his 1-year-old son, Star Dike, paid a visit to his father and the movie star couldn’t help but share the adorable moment on his Facebook page.

In the video, the grandfather-grandchild moment was captured as Pete Edochie held his grandson.

He captioned the video: 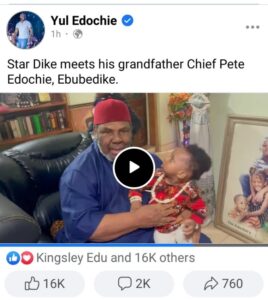 “Without Me This Naija Music Industry Won’t Be The Same” – Singer, Blackface Boasts