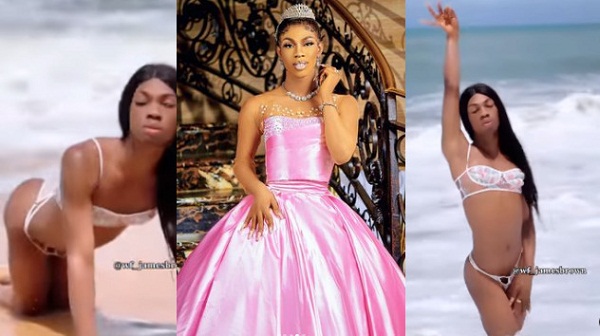 Nigerian Popular Crossdresser, James Brown has caused a stir online after declaring himself a mermaid.

The Duchess of London had taken to his Instagram page to share a video of himself having fun on the beach.

In a video, the crossdresser, who has returned back to the US, could be seen at the beach rocking a white tank top and a G-String pant. 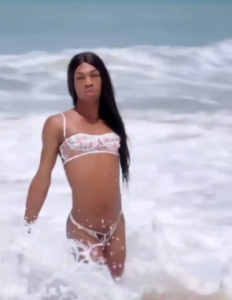 James could also be heard in the video stating that he is the goddess of the water.

According to him, he “rolls the water, climbs on the water and feels the water.

He added that he is also the daughter of the goddess of water.

Sharing the video, James Brown declared himself a beautiful mermaid

“I am Such a Beautiful Mermaid” He captioned.

Watch the video below;

ALSO READ: “I Believe In Do Me,I Do You” – Actress, Mercy Johnson Okojie Refuses To Celebrate Her Husband On Father’s Day After He Did This (Video)

Related Topics:FeaturedJames Brown
Up Next