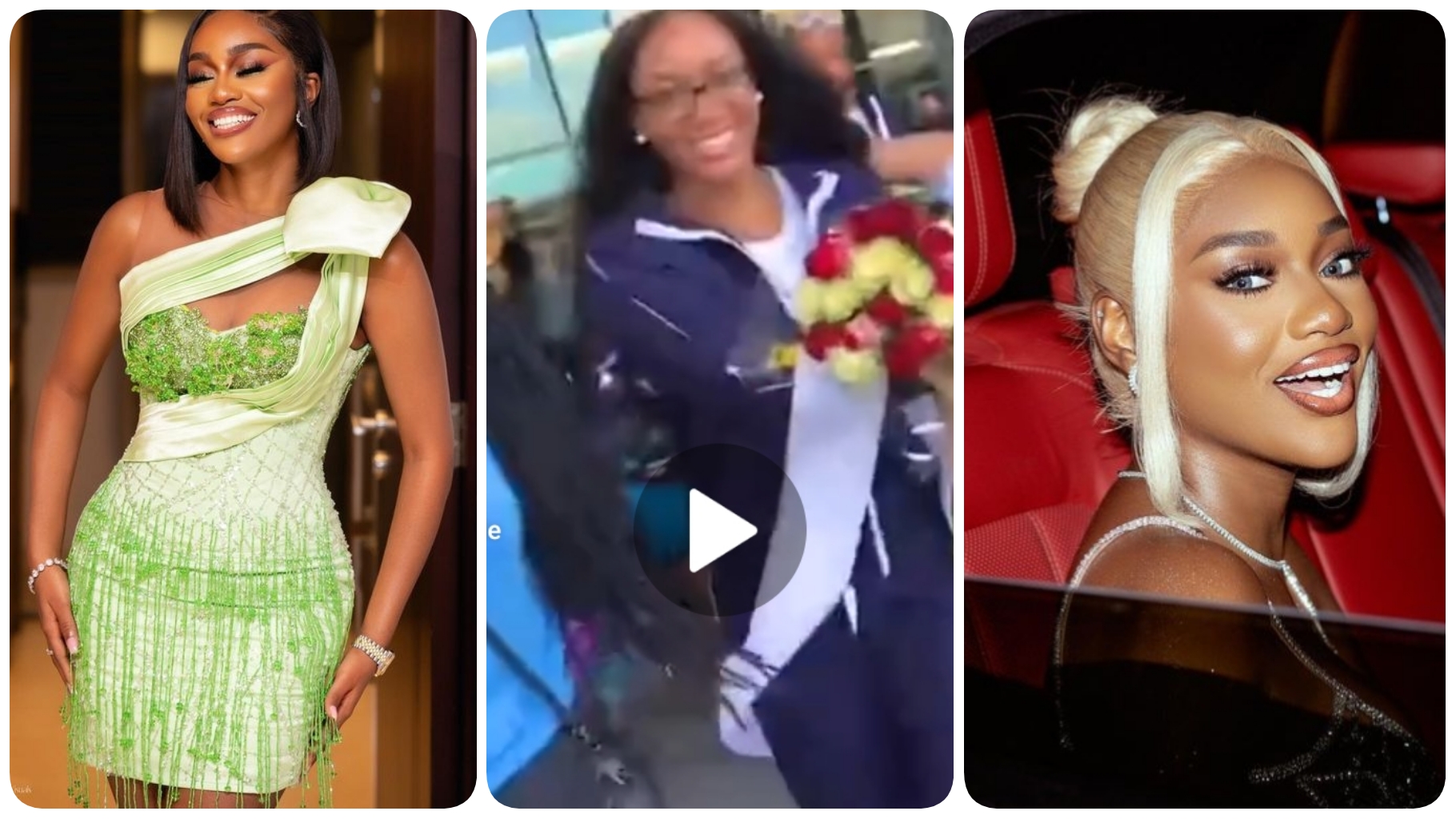 Fans of reality TV star, Beauty Tukura also welcomed her to South Africa, on a vacation sponsored by Pepsi. Recall that Beauty was disqualified from the bbnaija show after two weeks, yet she has one of the biggest fanbase this year 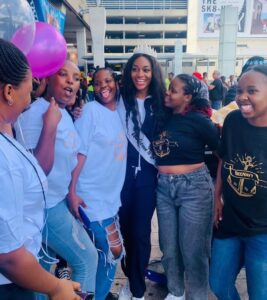 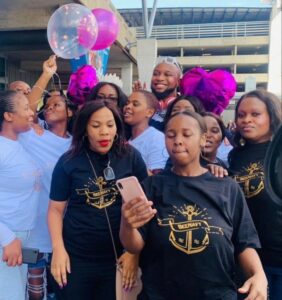 Some days ago, Reality TV star Beauty Tukura  responded to a negative comment by a troll about her on social media. The former Beauty Queen wondered why someone will be so foolish to troll with a business page when it’s their only source of income. 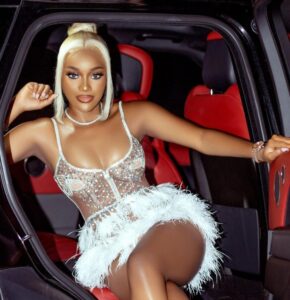 “I’ll say this once. Troll me but don’t use your business page. I can clearly see that it is your only source of income and you’re gambling it over a show that is over, you will be on the losing end not me. Ya’ll expose yourself in the name of hate. Your phone number and address is on the page and you’re acting mad on Mark’s internet. BE WISE!! Like I said to you before in private, next time dont use your business page. Sending you love” 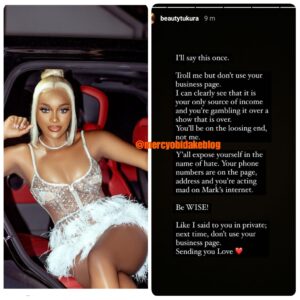 In other news, Nigerian Actress, Peggy Ovire, has sl@mmed a fan who expressed fear about her marriage ending up like that of Yul Edochie and Judy Austin. The actress, who recently got engaged to her lover and colleague, Frederick Leonard, had taken to her Instagram page to share the cover of the new movie her husband to be premiered

However, a fan of Peggy who seemed not comfortable with the movie poster warned the actress, saying she hopes that Mary Igwe and Leonard do not end up like Yul Edochie and Judy Austin.

Displeased with the statement, Peggy warned the fan to avoid such comments on her page, or else she will get blocked. 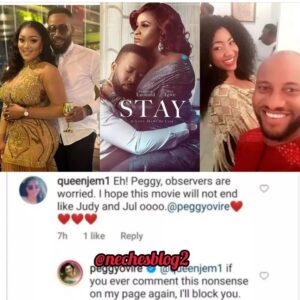 “Pastor Pere Start It Now”- Reactions As Reality TV Star, Pere Egbi Reveals The Last Thing He Will Do Before He Leaves This Earth