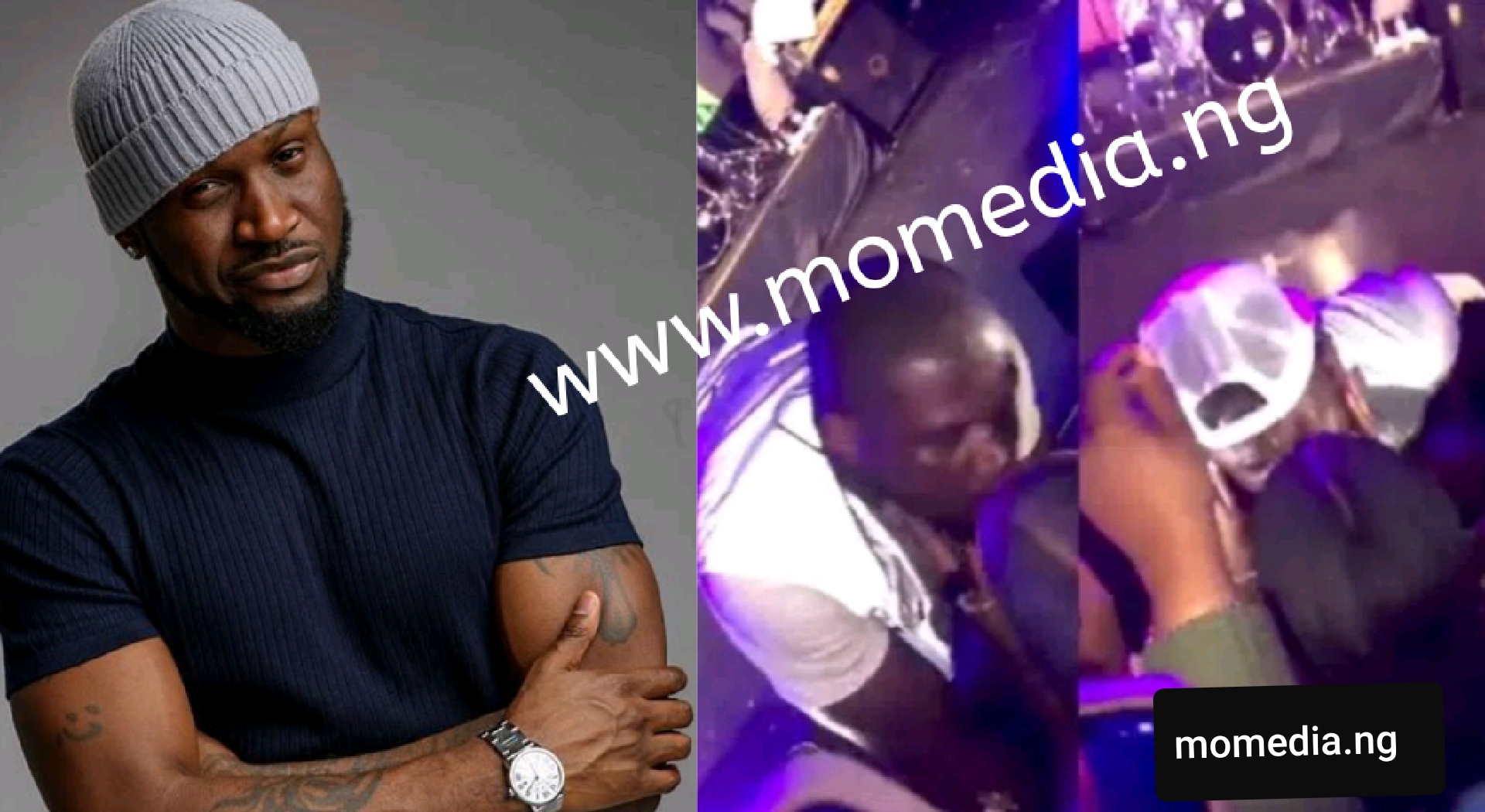 Nigerian singer, Peter Okoye has caused lips wagging on social media after a video of him passionately Kissing a female fans trend online.

It would be recalled that the singer and his twin brother are currently on a world tour following their reunion last year.

At one of his recent concert which was brimming with excited fans, Peter Okoye, while performing, moved his fans to joyous roar when he locked lips with one female fan.

The singer’s action set off chants of excitement from the appreciative throngs of fans who tried to touch his head.

Although, mixed reactions have trailed the video as some describe the action as unsanitary, pointing out the possibility of disease being transmitted.

Read some reactions below: “I Love This Two, I hope They’re Still Together” – Reactions As Chioma Support Her Baby Daddy Davido At His Show, Rocks 002 Customized Gold Necklace