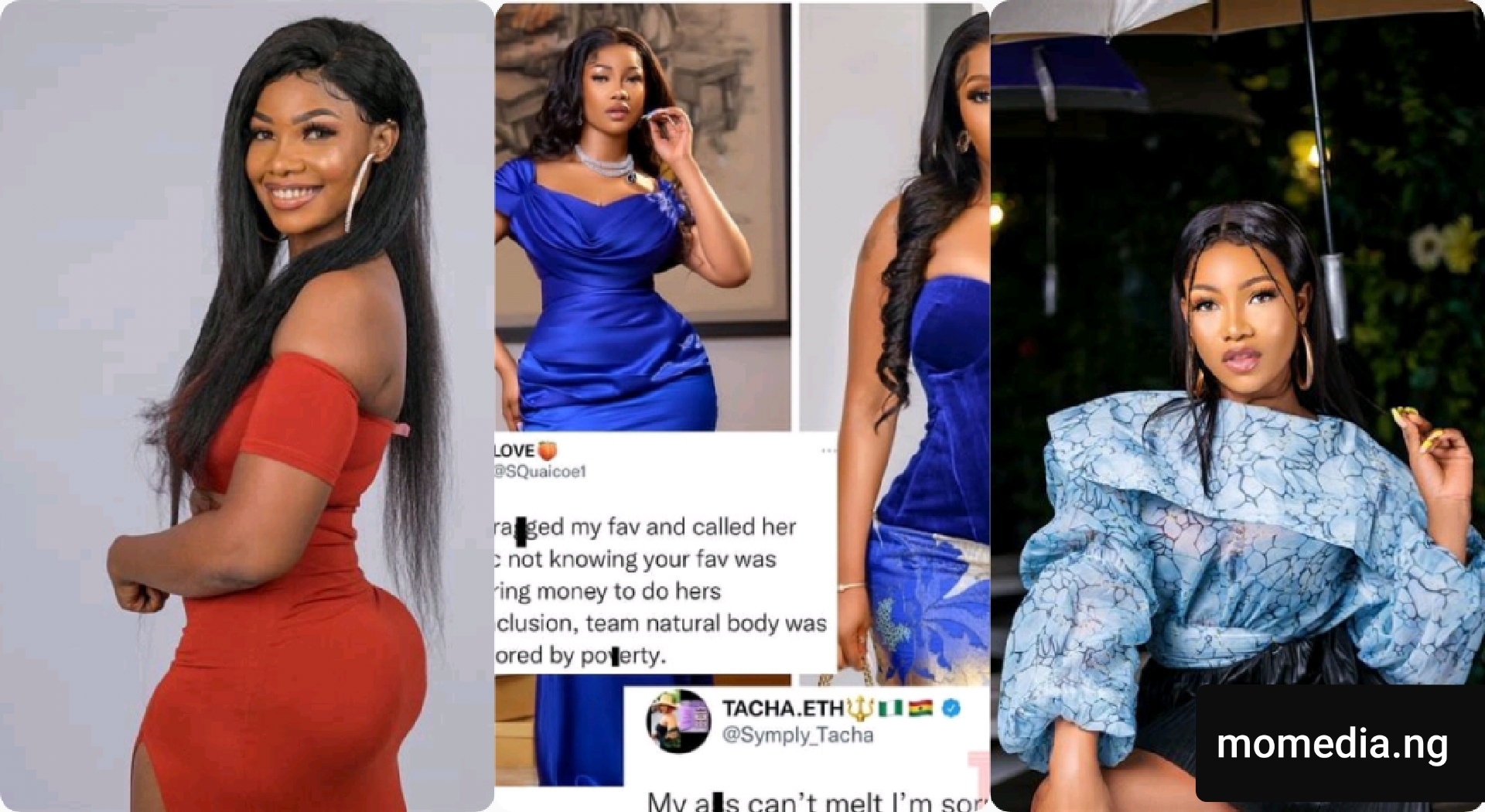 Former Big Brother Naija contestant, Natacha Akide who is better known to her fans as Tacha has reacted to criticism she received from fans of Mercy Eke over the liposuction she did, after critics that her “natural body” was Sponsored by Pov£rty.

The reality star was recently hospitalized in Dubai after a surgery she undergone to remove fat from her arms.

Tacha shared a video on social media where she revealed the difficulties she has been experiencing after doing Liposuction.

Fans of Mercy reacted to the video clip posted by Tacha after the liposuction stating; “You dragged by fav and called her plastic not knowing that yours is gathering money to do hers in conclusion, team natural body was Sponsored by Pov€rty.”

In response, Tacha wrote; “My ass can’t melt I’m sorry!! Take your yeye alliance else where I’m B$SY getting paid in DOLLARS!!! You and your base can’t relate.” 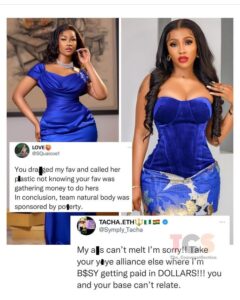