"My Feelings For Groovy Is...."- Chomzy Speaks About The Groovy Situation In Recent Interview (VIDEO) » MoMedia

"My Feelings For Groovy Is...."- Chomzy Speaks About The Groovy Situation In Recent Interview (VIDEO)
Advertisement e9121cd44938c81b26ca3f8be26ae4dd 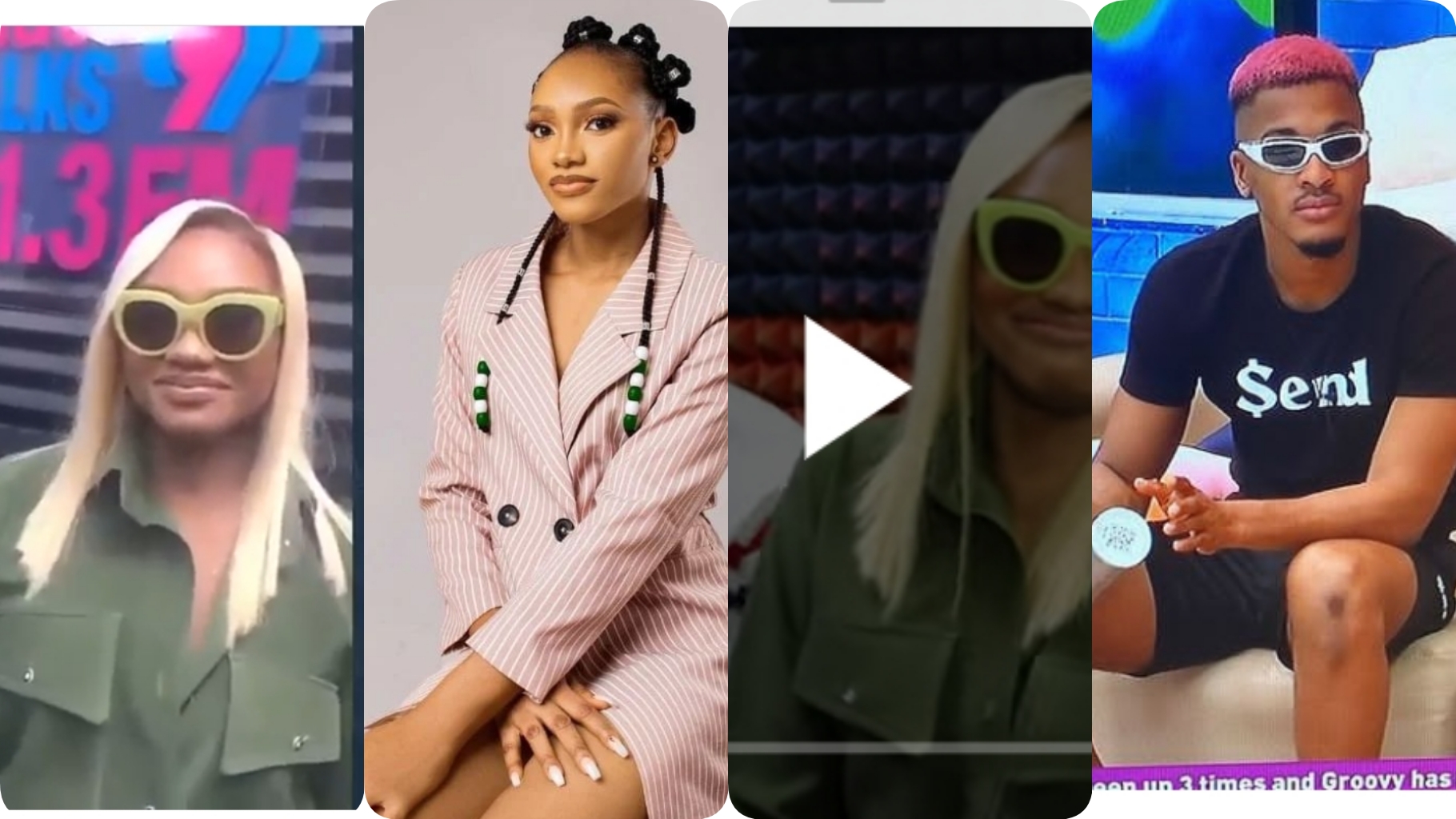 In a new interview session with Beats FM, former bbnaija housemate Chomzy, has addressed discussions on social media about her having feelings for Groovy. 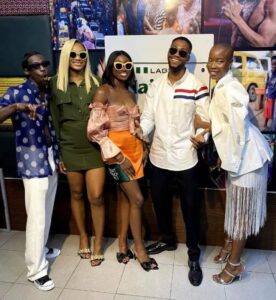 Chomzy said it’s not possible, that she has no feelings for him at all. Speaking about it, Chomzy’s appearance showed she even detest thinking about a possible romantic situation with Groovy.

Watch the Video below

I’m not gonna deny the fact that I liked Chomzy, but Never in a million years did I ever think I will sit or be in a close range with Chomzy and have a conversation….If Me and Phyna never happened I would have moved forward … Sharing the news with his fans, Whitemoney wrote:

” Now that we are in good hands, let the music flow.

In other news, Bbnaija SYE winner, Whitemoney, has revealed his favourite housemates for this season of the reality show. Some fans slammed him for failing to mention Sheggz, Adekunle or Ďotun. They called it tribalism.

Been watching #BBNaijaSeason7 for a while now and in no order, these are the housemates I am stanning
Phyna ✅
Bryann ✅
Hermes ✅
Bella ✅ 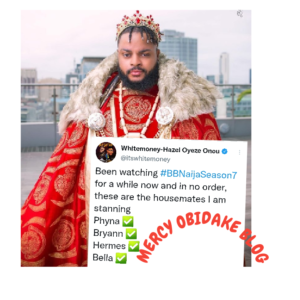 I Stan Whitemony last season, and this season I Stan Phyna.
Task A game
Wager A game
Humble A game
Cooking A game
Realness A game
Intelligence A game
100 million goal A game
Competition A game
Love & Romance A game
Violence A, B C D to z
Content and highlights.

I stanned you last season and now you’re beginning to upset me..so tribalistic! Not one yoruba on your list ..is it a coincidence that they are all igbo kinda? Rubbish. #BBNaija #VoteAdekunle

“I Will Marry Chizzy”- Doyin Says, Reveals What She Will Do To Cyph (Video)