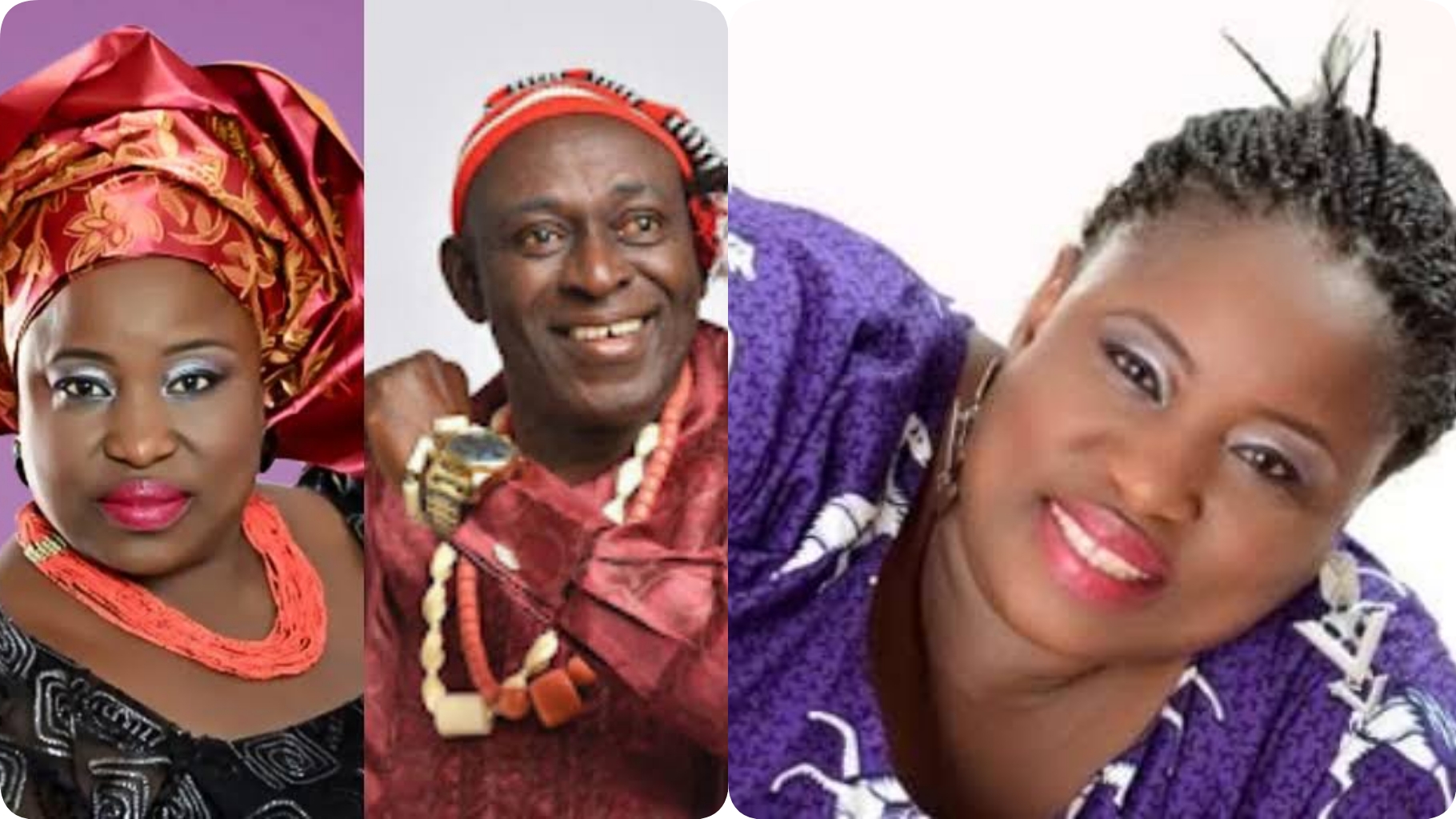 Actors Guild of Nigeria have announced that kidnapped actors, Cynthia Okereke and Clemson Agbogidi have been released by their abductors unhurt. According to reports, they are currently undergoing psychological and medical checkup.

The movie stars were kidnapped on Friday, July 29, while they were returning from a movie set at Ozalla town in Enugu state. 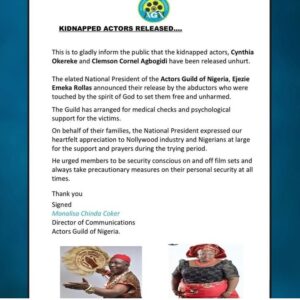 Some days ago, actress Hilda Dokubo reacted to their kidnap.

Taking to her Instagram page, Dokubo wondered what gave the Kidnappers the effrontery to ask for 100m dollars as ransom.

According to her, the kidnappers misjudged the financial status of the actors they kidnapped.

Hilda Dokubo then explained that although some actors paint the wrong picture on social media all the time, it is only in line with the “Show” part of SHOWbiz.

She added that they don’t have such kind of money.

“We are about moving from one level of begging for alms to save an ill or dying colleague to now facing the worse of fears over two of their colleagues facing God knows what in the hands of kidnappers!

Where will we turn if not the public using our social media platforms!

Well…Finally the kidnappers have made their demands. They want money! 100M USdollars! From where?

Unfortunately they misjudged the financial status of the actors they kidnapped! And think that as it is in the movies that is how it is in real life. What a life!

Where will we get one hundred thousand USdollars from? God save all of us from this pain and give us your grace for this period.

I know some actors paint the wrong picture on social media all the time but it is only in line with the “Show” part of SHOWbiz. Hopefully you’ll understand what I mean.

I am pained because I know this two personally, have worked with them and I know the truth of how it is with them.

Just been asking myself one question all day, How much does an average actor make in Nigeria? “

“Attractively Authoritative” BBNaija’s Doyin Gushes Over Cyph As She Reveals Why She K!ssed Him Uncontrollably