Netizens have expressed concern after Big Brother Naija Level Up housemate and new Head of House, Hermes was spotted behaving in a disturbing manner.

In the trending video, the reality star was captured alone in a corner of the house speaking out loud to no one in particular with his eyes closed.

Reacting to this, netizens expressed worry over his stability and mental health. 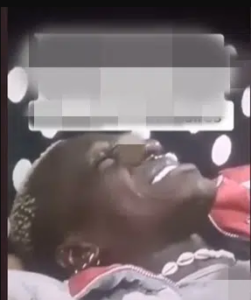 While some people alleged that Hermes is displaying a ‘withdrawal symptom’, others stated that his instability is as a result of too much Indian hemp in his system.

However few others accused him of using it as a strategy to win the game.

toniabruisedbutnotbroken wrote; He has actually gone through a lot. His mother went missing sometime earlier in the year, his mum has amnesia.

buqi_james wrote Na withdrawal syndrome dey do d guy😂. Too much Indian hemp in his system 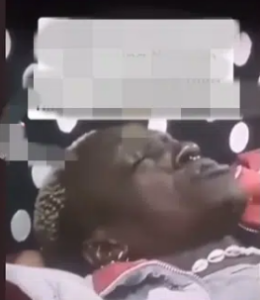 on23__ wrote; Be like na werey be him own gameplan

mrjoshuasampson wrote; Lol. This guy is going to win. He cracked the Nigerian code to winning. “Pity party”.

Genesiscrib wrote; Nah Strategy 😂Nothing do the BROS!

ALSO READ: “We’re Not Even Dating. Have You Asked Me Out? – Bbnaija’s Bella Asks Sheggz After He Complained About Her Not Being Expressive