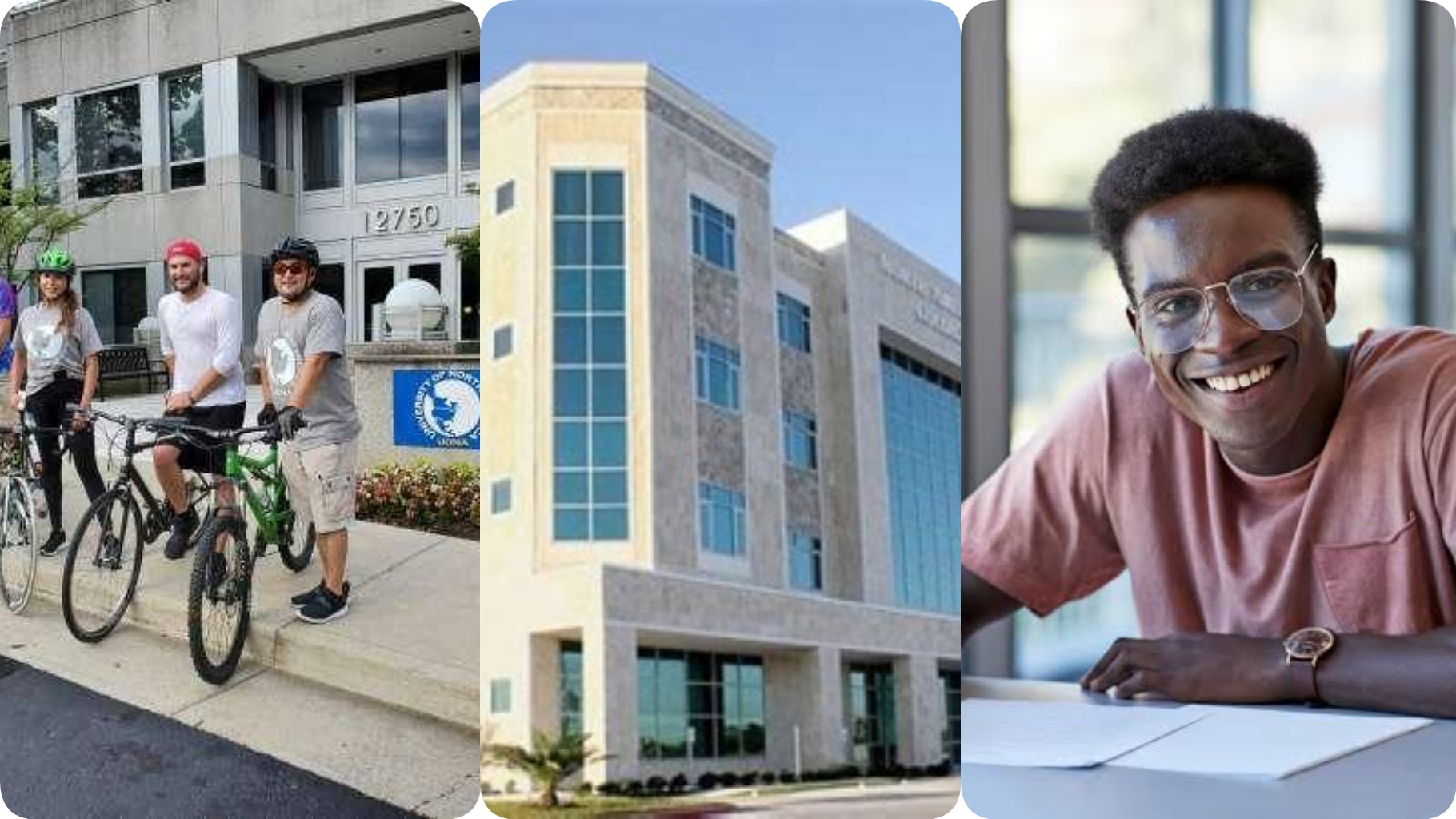 The Economic Hardship Scholarship is available to students who want to pursue a degree program at North American University, USA.

Why choose to study at the North American University?

The North American University, while striving to provide an environment promoting global cultural competency, personal growth and responsible citizenship, is committed to teaching excellence and student-centeredness.

NAU is an institution of higher education founded as Texas Gulf Institute in April 2007. The institute offered certificate programs for the first two years of its inception. Upon approval by the Texas Higher Education Coordinating Board (THECB) to offer bachelor’s degree programs in July 2010, the school applied to change its name to North American College.

During the 2010-11 academic year the college moved into its new administrative and educational building located at 3203 N. Sam Houston Pkwy West in Houston, Texas. In 2017, physician Serif Ali Tekalan was appointed the third president of the university, succeeding Recayi “Reg” Pecen, an engineer, who had been appointed in 2012.

In the fall of 2013, NAC changed to its name to North American University (NAU). There are more than 800 students in its ESL, bachelor’s degree and master’s degree programs. Students come from over 33 U.S. states and over 54 countries.

1. Applicants must be in exceptional financial need.

2. Applicants must re-apply every year to be considered for the scholarship.

3. Applicants must meet the academic requirements of the university-specific to the programme they wish to join.

Cambridge English Advanced (CAE): Overall score of 58 or Overall grade of C or above.

Method of Application: Applicants must apply for admission via the university application portal. Students will be selected based on their admission applications.

https://www.na.edu/admissions/undergraduate/scholarships/ to apply for the scholarship

2022 Lester B. Pearson Scholarship Program at University of Toronto, Canada