Different Types Of S€xually Transmitted Diseases And Their Cures » MoMedia 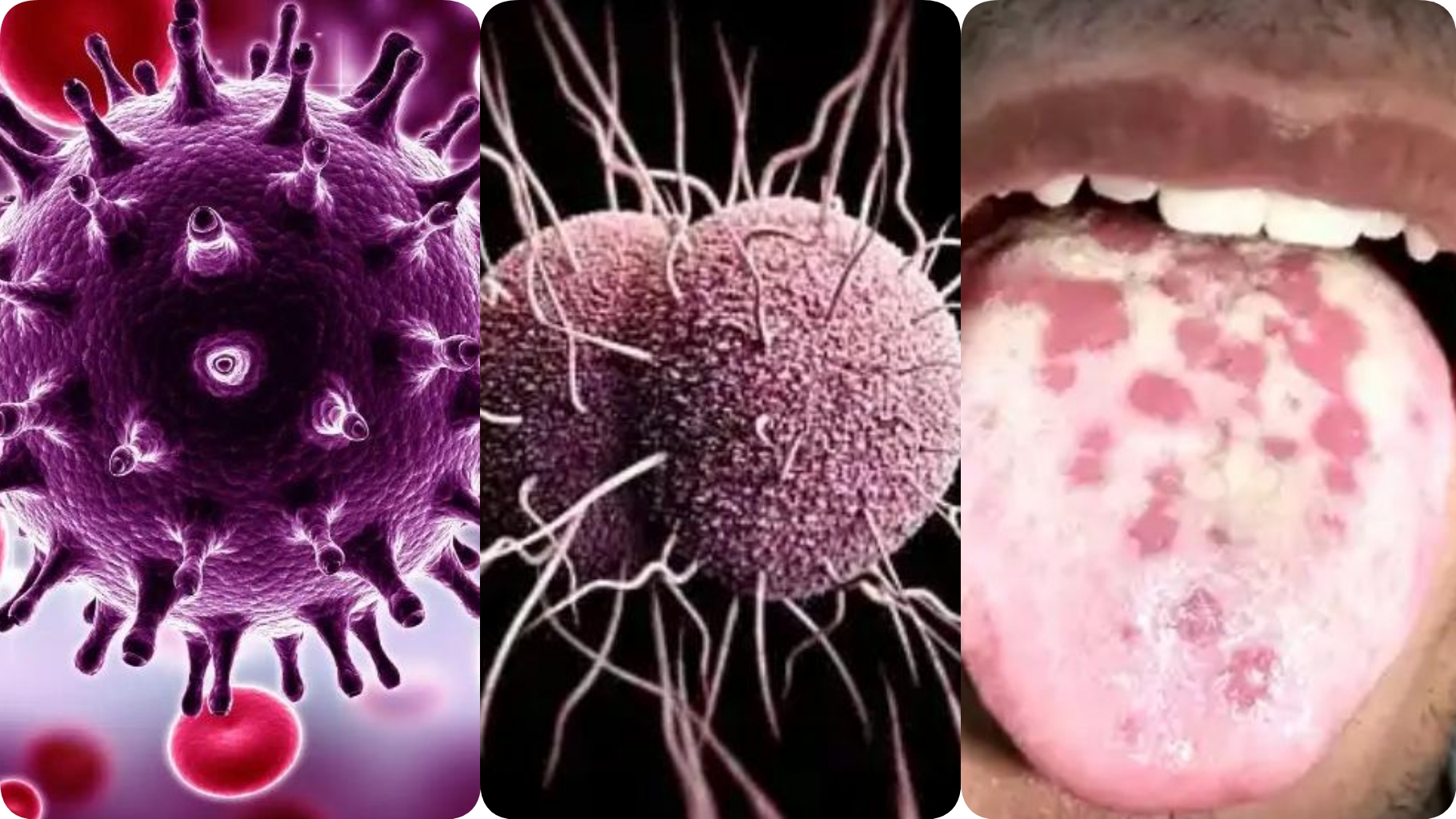 A Sexually Transmitted Infection eventually turns into an STD. In this article you will get to know the different types of sexually transmitted diseases and their cures.

What Are The Types Of Sexually Transmitted Diseases

We have different types of sexually transmitted diseases and their cures. It is pertinent you know that STDs caused by viruses do not have cure, they only have medicines that will reduce the victim’s risk of dying or spreading the disease.

These are painful growths that suddenly appear on the genitals or its surrounding. They are caused by certain strains of HPV called HPV-6 and HPV-11. While some strains of genital HPV cause warts, some cause ulcer. Genital warts can appear on the mouth or throat too. 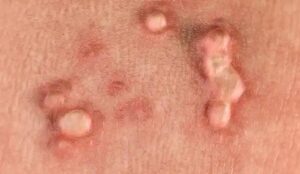 What Are The Symptoms Of Genital Warts?

The symptoms of genital warts are:

The women experience growth on the walls of the vagina, vulva and anus.

For the men, they experience growth on the shaff or tips of the penis, scrotum or anus.

Bleeding during sex
Itching on the genitals

What Is The Treatment For Genital Wart?

Genital warts can disappear on their own though it takes time. Treatment used here is called laser treatment or freezing which involves the use of liquid nitrogen to destroy it. Medicines can also be prescribed for it as well as surgery. A pregnant woman with genital warts can pass it on to the unborn baby during birth and if it is much on a pregnant woman, it could block the birth canal.

Genital herpes are caused by strains of Herpes Simplex Virus(HSV), it is the appearance of painful blisters on the mouth and genitals or its surroundings. 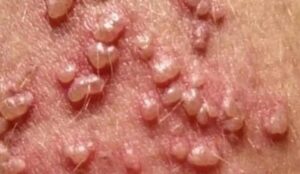 What Are The Symptoms of Genital Herpes?

How Do I Treat Genital Herpes?

Creams or antiviral medicines can be prescribed for its treatment. A pregnant woman with genital herpes can transmit it to her child during delivery and in such a case, the baby may get ill with a sickness called neonatal herpes, so it is important she gets treated. Genital herpes does not spread to other parts of the body. 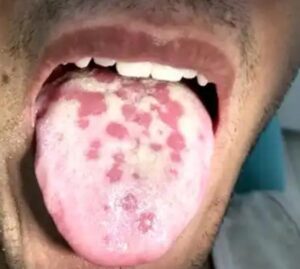 Syphilis comes in three stages, in the primary stage which is the primary syphilis, the sore appears on the rectum, mouth, lips, penis, anus or vagina and heal on its own without treatment after staying for 3-6 weeks.

In secondary syphilis, the sores come back few weeks after, it starts with a non itchy rash on the trunk of the penis and with time it covers everywhere, it appears on the anus and vagina and the sores could be red, reddish brown or rough.

At this stage, the victim experiences sore throat, fever, fatigue, loss of appetite, loss of hair, weight loss and rashes that feel scaly. Syphilis gets to latent stage if it is untreated and can stay for several years before developing into the tertiary stage, it gets to the tertiary stage 10-30 years after you first got the infection.

It can cause damage to the eyes, brain, heart, liver and bones and a pregnant woman with syphilis can transfer it to her unborn child if she isn’t treated. It could also lead to the unborn child having a low weight or becoming a still born.

Symptoms of Syphilis for new born babies are:

Fever
Rash on the genitals or mouth
Watery fluid in the nose
Difficulty gaining weight
While the symptoms for young children are:
Loss of vision
Bone pains
Scarring of the skin around the genitals and mouth
Hearing loss
Treatment of syphilis is antibiotics, penicillin in particular.

Chlamydia is caused by a bacteria called Chlamydia Trachomatis, females with this STD may experience bleeding in between periods, painful urination and cervix discharge while males may experience tenderness, swelling in the testicles or urethra, and pains in the genitals.

Chlamydia in females may lead to Pelvic Inflammatory Diseases (PID) and if spread to the fallopian tube, can result to infertility. A pregnant woman with this bacteria might deliver before her expected date of delivery and could put the unborn child at risk of having conjunctivitis or pneumonia. It can also lead to ectopic pregnancy.

Chlamydia cannot be gotten through hugging or holding of hands neither can you contact it through kissing. 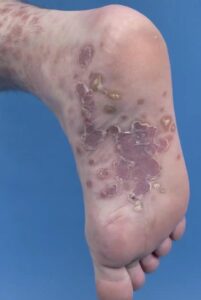 What Are The Symptoms Of Chlamydia?

Aside the symptoms listed earlier on, a victim of this STD may experience other symptoms though the symptoms might not be noticed by the victims
Whitish, greyish or yellowish vaginal discharge in a woman, sometimes the discharge might be smelly
Bleeding during periods
Pains during sexual intercourse
Pus in urine
Watery discharge that looks like mucus on the penis
Sores in the throat. But this only occurs when the bacteria enters the throat as a result of oral sex.

Pubic lice are lice that are found on the pubic region or on the skin of the genitals, they are also called crab lice or crabs. They feed on the blood of their host and this is how they survive. 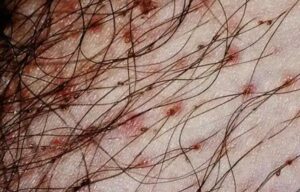 What Are The Symptoms Of Pubic Lice?

Itching in the private parts
Dark brown or black powder on the skin
Small red spots on the skin
Pubic lice can spread through sharing of towel and beddings, they can also spread through sexual intercourse, kissing and hugging. Lice can be on the eye lashes or hair so if you hug someone who already has it on them it could transfer to your body. Pubic lice are treated with Permethrin lotions but if the lice is still there even after applying the lotion, a stronger medicine will be prescribed by a doctor.

What Are The Symptoms Of Gonorrhoea?

Discharge from the tips of the penis
Painful urination
Swelling or pain in the testicle
Pelvic pain for women
Abnormal vaginal discharge
The treatment for this STD is antibiotics.

Gonorrhoea can lead to infertility in men if not treated and for pregnant women, it can affect the sight of the unborn baby. 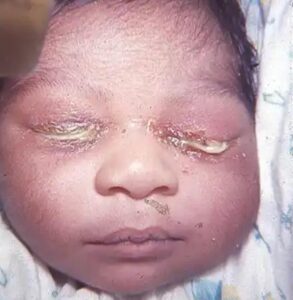 Human Immunodeficiency Virus is a virus that affects and kills CD4 cells if left untreated. It can transfer through sexual intercourse, breast milk and through exposure to blood. It can also be transferred through sharing of needles, blades and clippers and a mother can transfer it to her child during delivery.

What Are The Symptoms Of HIV?

HIV can enter the clinical latency stage after the first month it’s been contracted and this stage can last for some years, symptoms of this stage are night sweats, headaches, weight loss, fatigue, shingles, pneumonia, diarrhoea, nausea and vomiting.

When the virus is left untreated it transforms into the Acquired Immunodeficiency Syndrome(AIDS). Symptoms of AIDS are chronic fatigue, night sweat, sores on the mouth and genitals even on the tongue and anus, rapid weight loss, depression, anxiety, fever and memory loss.

How Can I Treat HIV/AIDS?

The treatment is the use of antiretroviral drugs. If the virus is at its early stage and the drugs are administered consistently, it could remain in that stage for decades without turning into AIDS. If left untreated, it can lead to death after three years of it being contacted.

Sexually Transmitted Diseases can only be contacted through intercourse, and one can get it also by coming in contact with the blood of a victim.

You can live with one who has an STD and even do things together but you should be mindful of getting yourself exposed to it, a treated STD will come back if you expose yourself to it.

“I Don’t Want to Die, Please Help Me”: Little Girl Diagnosed with Cancer Weeps in emotional Video, Appeals for Funds