Actress, Queen Nwokoye Speaks On Her Alleged Marriage To A White Man » MoMedia 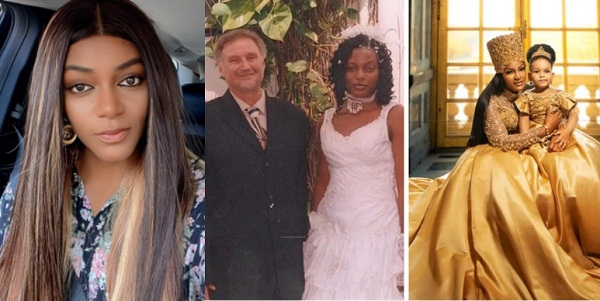 Nollywood actress, Queen Nwokoye has shed light on her rumoured marriage to a white man.

It could be recalled that the beautiful thespian shared a photo of her and a white man in their wedding attire.

However, due to her low-profile lifestyle, many people believed that the man was her mystery husband because she also has a biracial daughter.

Reacting to this, Queen Nwokoye revealed that the white man is not her husband.

According to her, the photo which showed where she got married to a white man, was taken from a movie scene in 2005.

“Throwback septic 2005. Movie Title What a Mother. See your big head. I have posted it. Pls this is a location picture. Meaning we took it while filming a movie”. 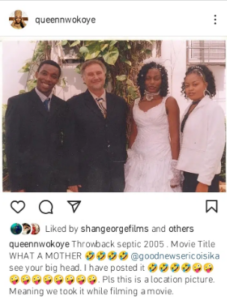 ALSO READ; “You Made Us Look Like Liars Years Ago”- Human Rights Activist Spills More Tea About Chacha’s Split From Husband, As Actress Unfollows Him

Related Topics:FeaturedQueen nwokoye
Up Next

“You’re The Power In My Life, The Best Thing That Happened To Me”- Emoney Celebrates Wife On Her Birthday (Photos)