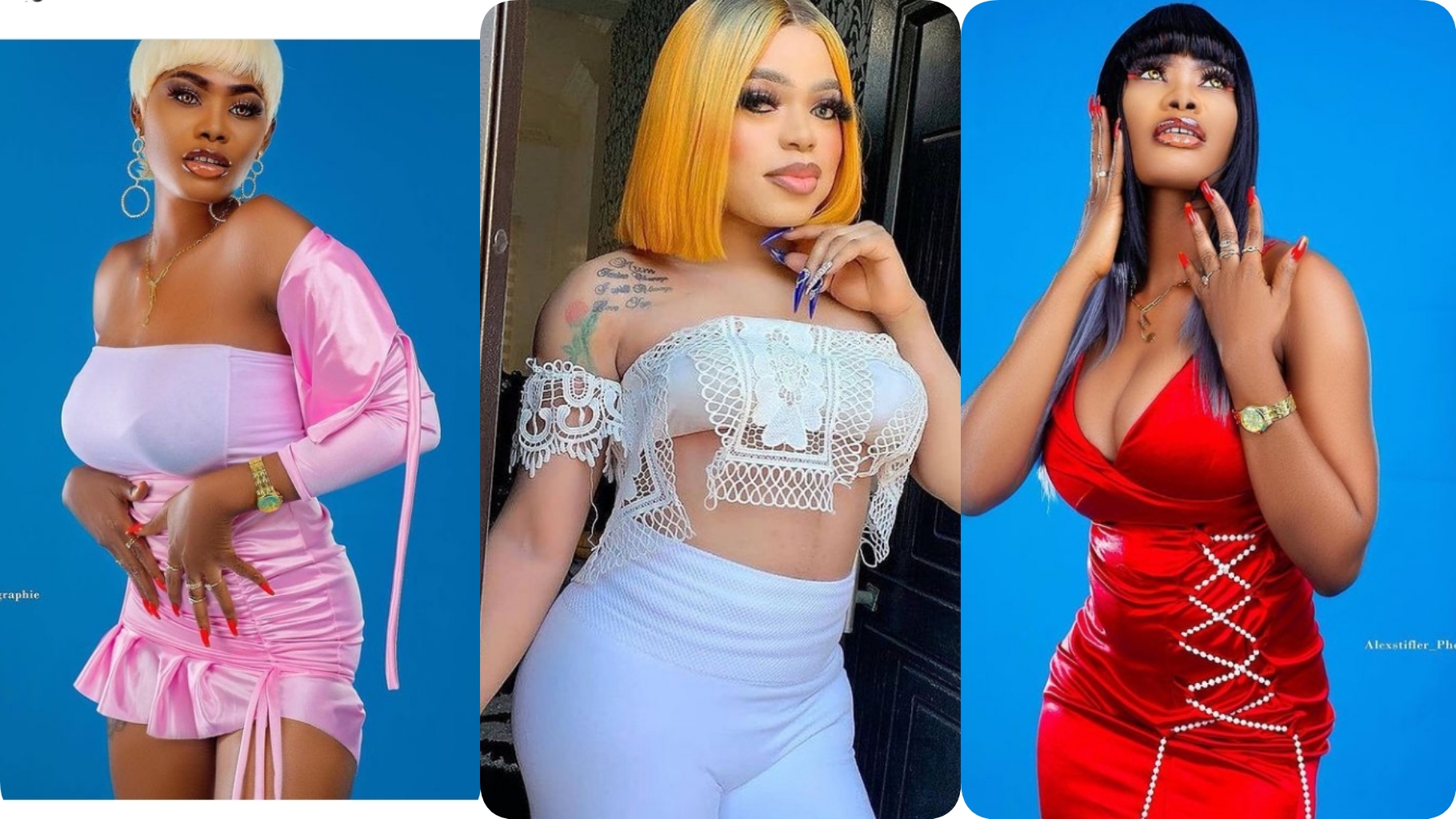 Oye Kyme, Former personal assistant to Bobrisky has shared a VIDEO on tiktok regretting the decisions she made years ago working for the crossdresser. 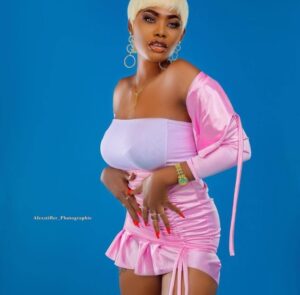 “My message in this video is to be content with what you have in life, be proud of where you came from, I wanted to be a celebrity so bad, chase clouts, I almost lost my life chasing this stupid clout, today my life is no more the same, sometimes I sit down and see how I destroyed my life by taking stupid decisions because of the love of money, but I am still grateful for my life, I can still change my future” 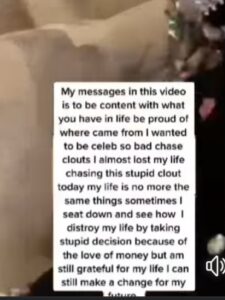 Also, There has been some trouble in paradise, as Nigerian cross-dresser and brand ambassador, Okuneye Idris Olanrewaju popularly known as Bobrisky gets dr@gged on Instagram for allegedly not paying for services rendered during his house warming party.

Recall that the cross-dresser recently hosted a housewarming party in his 400 million naira mansion and during the party, the cake presented allegedly costed 2 million naira. 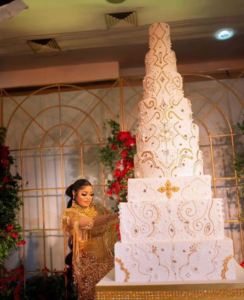 However, the baker has cried out on Instagram after the cross-dresser refused to pay up. It was also noted that the cake had cost 75k and not 2 million as Bobrisky had revealed only the last layer of the cake was real.

Adding to this, the Disc Jockey who has performed during the party has also called out the cross-dresser for not paying up even after sending him numerous messages and pleading with him. It was also revealed that Bobrisky had stopped responding to his text messages and phone calls.

After the baker cried out for help, the person who took up her story wrote:

“wahala wear Bobrisky house warming Aso ebi ooooooh 🤣🤣🤣 e go soon Zeh!
The woman wey bake that nonsense cake for Bobrisky Dey my dm Dey cry say make I drag Bob for brezz cos he never pay her for the cake 🤣🤣🤣 apparently the bottom layer of the cake was real cake while The whole upper part is kpako.

She charged him 75k for the cake but Bob never pay her Bob wey tak any na 2 million naira he take buy the cake 🤣🤣🤣 God abeg!”

See the screenshots and comments below: 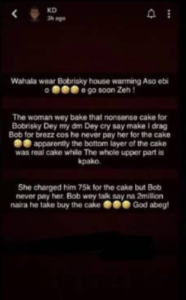 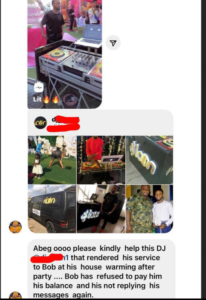 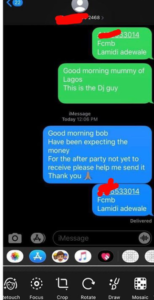 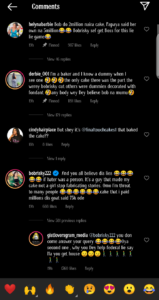