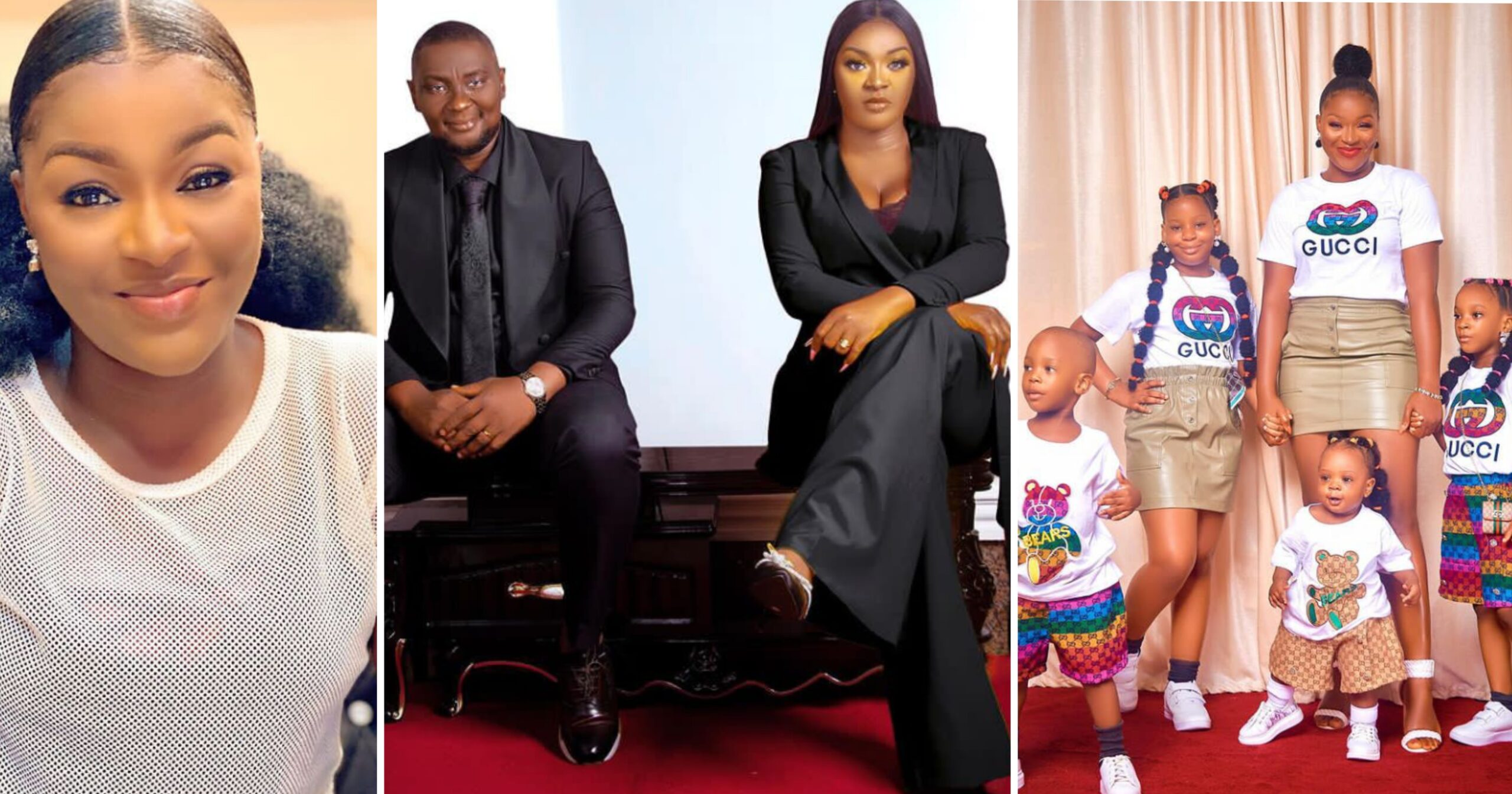 Veteran Nollywood actress, Chacha Eke has unfollowed her husband, Austin Faani a few hours after she came out to announce the end of her 9 years marriage.

There have been speculation, about the marriage of actress Chacha Eke and her husband Austin Faani.

The actress took to her instagram page earlier this week to announce that she is taking a leaving her marriage of 9 years with her husband, Austin.

Although the reason for leaving wasn’t stated, from her message, it can be deduced that the actress was suffering from domestic violence.

Recently, the actress, Chacha Eke has unfollowed her husband on Instagram after announcing her breaking out of her marriage.

Here are some reactions:

You can leave as many times as you want .. it’s your life mama. If he has refused to get Berra bounce

Anything that makes you happy,pls do.

Sorry about your marriage. Be safe. No need to apologize. It’s the kind of content in demand, even if we try to deny it sometimes.

the man belike who nor go fit hurt fly

“If you wish me failure, you and your generation will fail” – Anita Joseph