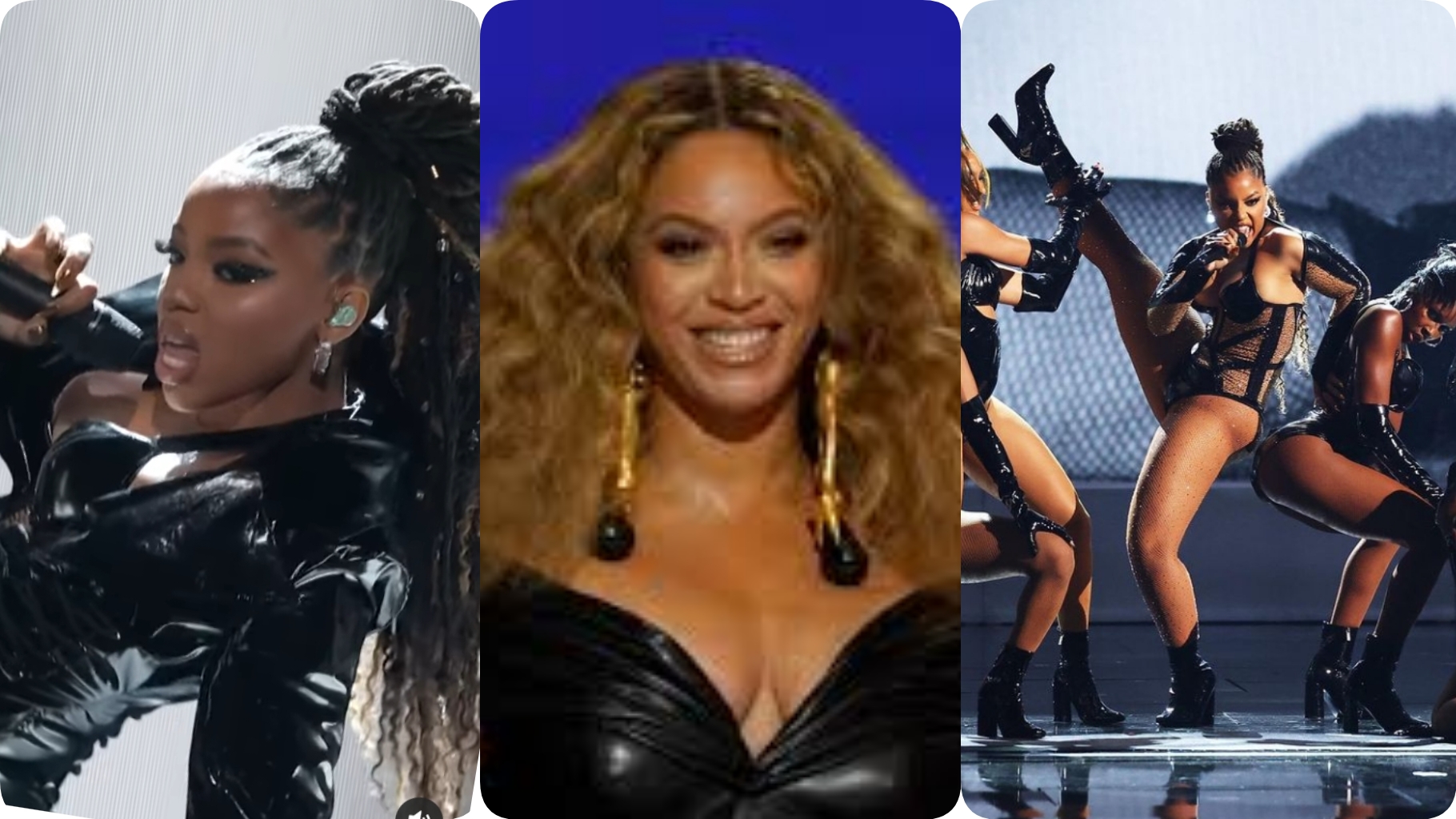 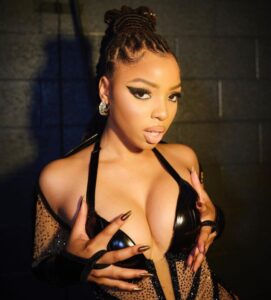 The singer who thrilled the crowd with her hot single, ‘Surprise’ received a beautiful floral arrangement along side a cute note which Chloe posted up on her Instagram stories. In the message Beyonce wrote “you killed it last night, making me proud. All my love” 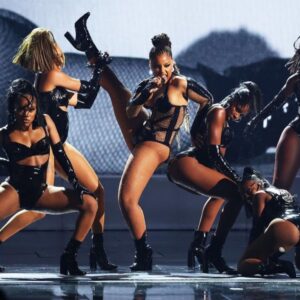 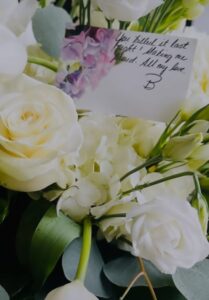 Chloe was nominated for an Award in the recently concluded BET Awards for her song ‘have mercy’.

In December 2013, Chloe & her sister, Halle uploaded a cover to their YouTube channel that would change their lives forever. Beyoncé had just released her earth-shattering self-titled album, and Chloe x Halle posted a captivating rendition of the opening track “Pretty Hurts.”

Beyoncé saw the video and was immediately impressed. She signed Chloe x Halle to her record label, Parkwood Entertainment, in a deal reportedly worth $1 million for six albums. They appeared in her 2016 visual album Lemonade and opened for Beyoncé on her Formation World Tour that same year.

Beyoncé sees herself in both Chloe and Halle, so it’s no surprise that she’s been their mentor for years and helped their careers reach unimaginable heights.

How old is Chloe Bailey

Chloe Elizabeth Bailey and her sister, Halle Lynn Bailey were both born on 1July 1998 and March 27th, 2000 respectively. They were both born in Atlanta Georgia, USA by Courtney and Dough Bailey. 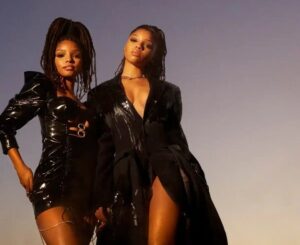 The sisters who are songwriters, singers, dancers, and actresses have two other siblings, Brandson Bailey and Ski Bailey. In 2012, the sisters moved to Los Angeles, where they were homeschooled.

The sisters started acting at age 5 and 3 respectively. Their first movie was ‘Fighting Temptation’, a 2003 movie. At a very young age(age 10 and 8 respectively) they started learning how to write songs from their dad and also began watching YouTube videos on how to play the guitar and the keyboard. At the age of 13 and 11 respectively, the girls launched their talent into the outside world as they opened a YouTube Channel where they began doing covers of people’s songs. In 2013, the duo released their track project titled ‘Uncovered’, songs in the track were covers of ‘Roar’, ‘We Can’t Stop’, ‘Wrecking Ball’, and ‘Applause’. 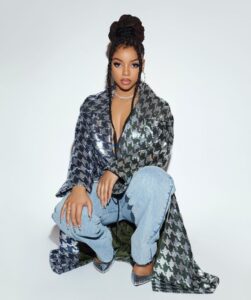 A cover of Beyonce’s song they did went viral. This attracted the attention of the singer who signed them into her own management company, Parkwood Entertainment in 2015. In April 2016, under Parkwood they debuted with EP “Sugar Symphony” and also released ‘Drop’ in the same month. In September of the same year, they released their second EP “Fall”. They were opportune to perform at the Opening Act to Obama’s Keynote Discussion at the SXSW Music festival in March 2016, not just that, they also performed as Beyonce’s opening act for the European leg of the Formation World Tour. In 2017, the duo released ‘Just the two of us’ and also released a theme song for TV series “Grown-ish”. In 2018, they released debut album”Kids Are Alright”.In April, 2020 the duo and Swae Lee released ‘Catch Up’. And in August, 2021, Chloe announced release of her debut solo single ‘Have Mercy’.
In an interview, Chloe had said her biggest influencers are Beyonce and Kelis while she is inspired by Imogen Heap, Missy Elliot, Tune-yards and Grimes while Halle who began enjoying Jazz at a young age said she is inspired by Billie Holiday. 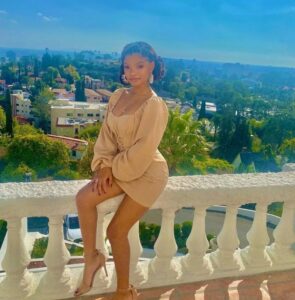 Their song “Do It’ became their first song to reach Billboard Hot 100 and it was at number 63. It also reached number 23 at Hip R&B/Hip Hop Albums. Some of their songs include: My Girls, This is for my girls, I Say So, Shine Bright(From Thrones), Warrior(From a wrinkle in time), etc. 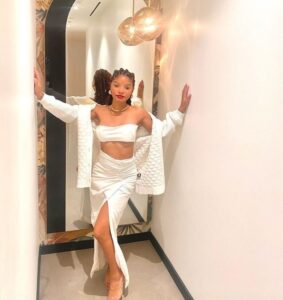 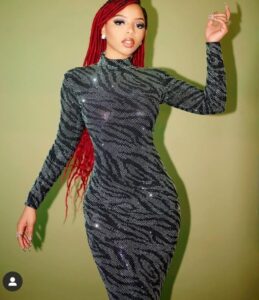 Halle is not left out as she also performed some roles in these movies.

They appeared in the following TV series:
The Ellen Show
Grown-ish
Austin and Ally

In 2017 the duo were nominated Outstanding New Artist at NAACP Image Awards.

In 2018 they were nominated Best Group/HER Award at BET Awards.

In 2018 they were nominated Best New Artist and Best Urban Contemporary Album in Grammy Awards.

In the same year, they were nominated Best New Artist and Push Artist of the Year at MTV Video Music Awards.

In 2020, they won Rising Star Award at Billboard Women in Music.

In Nov 2020 they were nominated Album of the Year, Song of the Year, Video of the Year and Best Dance Performance and The Ashford Simpson Songwriters Awards at the 2020 Soul Train Music Awards.

In 2021 they won Outstanding Soul/R&B Sing at NAACP Image Awards. 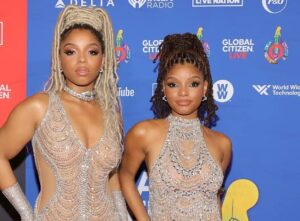 Who is Chloe Bailey’s Boyfriend

She was rumoured to be dating footballer Memphis Depay and engaged to Lori Harvey.
She was also reported to be dating Diggy Simmons, an actor who worked with her in ‘Grown-ish’.

In October 2021, she was rumoured to be dating rapper Gunna, this came after he publicly asked her out in September 2021.

“Honestly I don’t. . .I can’t talk to multiple people at one time like that. I just. . .I don’t have it in me. I can’t do it. I cannot”
“I don’t know if it’s the Cancer in me, but right now it’s my music. Music is my man. I come home to him every single night and I love it. He’s faithful to me.
He loves me. He makes me promises he can keep. We are making our dreams come true together. So I’m in love. . . I’m in love right now with music”.

Her estimated networth is $2million. In January 2021, the two sisters who had been using a joint Instagram account announced they will start living separate lives and thus, they created separate Instagram accounts though they still perform together. 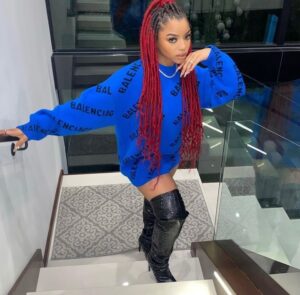 Controversies of Chloe and Halle Bailey

In September, 2021 Chloe was criticized over her music video of “Have Mercy”.

In an interview with MTV News, she said,

“Men can glorify a** in their videos, I want to do it with this in a really artful, fun, beautiful way.
And I think it’s so great how women can claim ownership of their bodies and not let the world do it”.

“We get to do it in the way that we want to, and it was really fun!
I felt really pretty on the shoot days, and I look back, and I’m like, ‘that’s not the same person right here,’ but it was fun in the moment”.

“They should have congratulated you instead” – Kemi Olunloyo Tells Tems, Gets Dr@gged over comment

“You Made Us Look Like Liars Years Ago”- Human Rights Activist Spills More Tea About Chacha’s Split From Husband, As Actress Unfollows Him