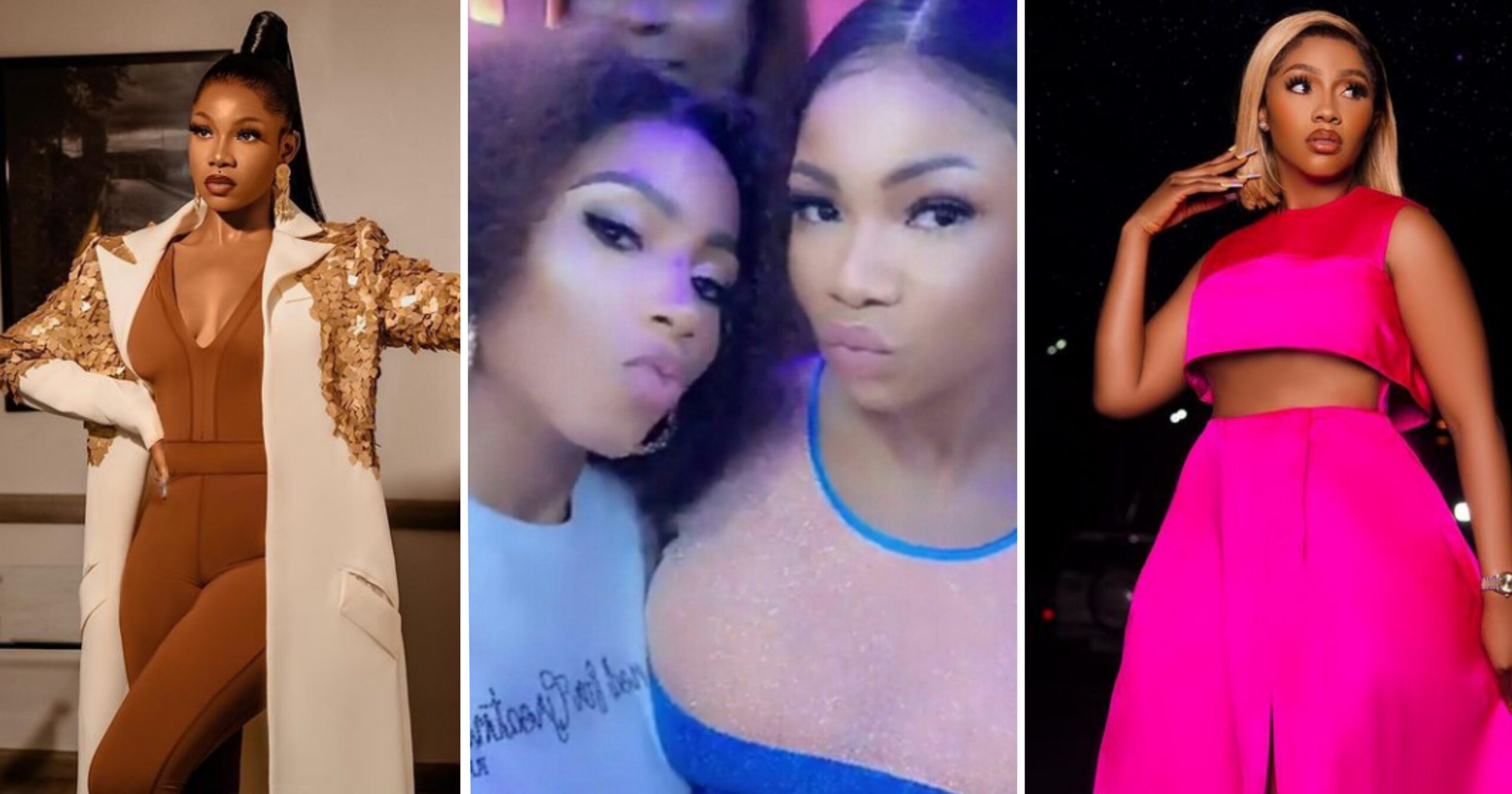 Fans of Tacha have taken to her Twitter comments section to throw shades at Mercy while warning her to leave Tacha alone after they were seen together in a live VIDEO.

Recall that, both Tacha and Mercy were never friendly with each other until recently. The duo have been involved in a lot of fights both online and offline.

Sometime in 2019, while still in the big brother naija house the duo had fought while having a disagreement.

Their disagreement started when the head of house, Seyi called everyone together at the lounge so they can read their task for the day from Biggie’s scroll.

However, Mercy failed to show up in time which led to the disagreement between her and Tacha which later turned violent.

In March 2022, the duo were reported to have put an end to their long-running feud. Both reality stars featured as guests in an episode of Toke Makinwa’s show, ‘Talk With Toke Makinwa‘.

However, Tacha’s fans aren’t quite happy about the situation as they have taken it upon themselves to throw shades at Mercy.

Here are some of the comments below:

@GRACIE wrote:
Tacha fan wey she be nah… she as excited to tak to her fave.

@OyinDaGreat wrote:
If Tacha and mercy happens to be with koko… say NO to peace! that’s gurl thinks she has sense.. she shoud leave Tacha alone abeg. Tacha is calling Koko abriously and hanty hijacked opportunty

How To Make Your Dark Skin Glow