How to move to Canada and settle as an international student

International Scholarships for Students from Nigeria & Other African Countries

19 Study Abroad Scholarships You Need to Know About 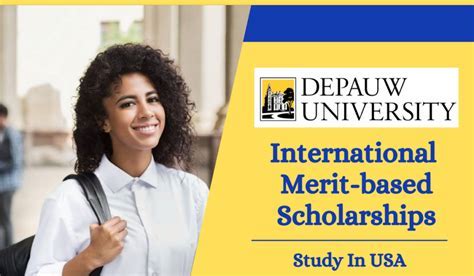 Depauw University is eagerly awaiting applications from outstanding students to apply for Merit-based Scholarships. The successful scholar will receive an award amount of up to $40,000 at the institution.

Why study at Depauw University?

While studying at this university, students have access to a variety of performance opportunities and are valued contributors and participants from the start of the first year at DePauw.

Indiana Asbury University was founded in 1837 in Greencastle, Indiana, and was named after Francis Asbury, the first American bishop of the Methodist Episcopal Church.

The people of Greencastle raised $25,000 to entice the Methodists to found the college in Greencastle, which was little more than a village at the time. It was originally established as an all men’s school, but began admitting women in 1867.

In 1884 Indiana Asbury University changed its name to DePauw University in honor of Washington C. DePauw, who made a sequence of substantial donations throughout the 1870s, which culminated in his largest single donation that established the School of Music during 1884. Before his death in 1887, DePauw donated over $600,000 to Indiana Asbury, equal to around $17 million in 2021. In 2002, the school received the largest-ever gift to a liberal arts college, $128 million by the Holton family.

Sigma Delta Chi, known today as the Society of Professional Journalists, was founded at the university in 1909 by a group of student journalists, including Eugene C. Pulliam.

The world’s first Greek-letter sorority, Kappa Alpha Theta, was also founded at DePauw in 1870. DePauw is home to the two longest continually running fraternity chapters in the world: the Delta chapter of Beta Theta Pi and the Lambda chapter of Phi Gamma Delta.

Eligibility criteria for the International Merit-based Scholarships at Depauw University

1. Applicants have to enroll in undergraduate degree coursework at the university.

3. Applicants will be required to maintain a minimum 3.3 cumulative grade point average

Number of Awards: Not known

Applicants are advised to take admission in the undergraduate degree coursework at the university.