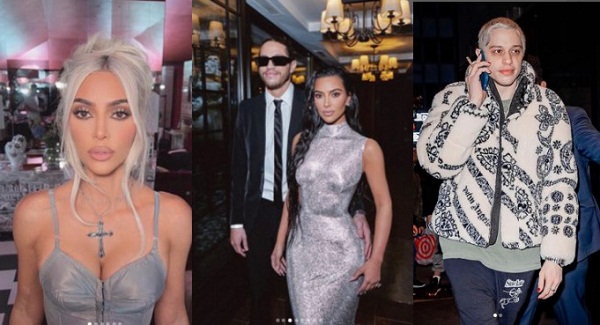 She revealed this during the eighth episode of The Kardashians.

Mason, the first son of Kourtney was telling North how cool Travis Barker, now his stepfather, is. 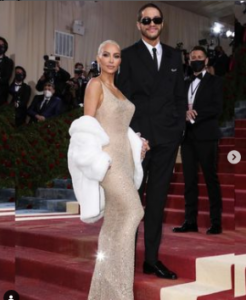 Kim recounted Mason’s statement about Travis to her mother Kris

“I overheard their convo and Mason goes, ‘Can you drop me off at Travis’ studio?'” She said.

: “He was like, ‘It’s so cool’ and he was telling North, ‘they have these bikes and it’s just so fun.’ His tune has totally changed since the engagement.

“‘I heard him say to North, he was like, ‘You know, getting a step-dad is not so bad. They’re not these evil people like you see in the movies.”

Kim told Kris that the way Mason was talking to North gave her the feeling that, “everything would work out” for the couple. 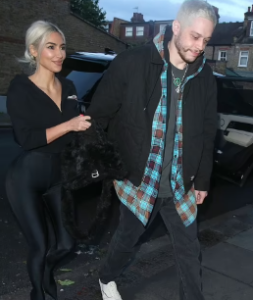 “I think after hearing this conversation with Mason and North, and just hearing how he’s getting along with Travis and just loving having someone else around, I just think OK there’s hope. Someday I’ll have someone who’ll come around and hang out with the kids.” Kim then said in her confessional.

So are you dating Pete? Why have you been so secretive?” A producer for The Kardasians then asks Kim.

In response, Kim Kardashian revealed that she wasn’t looking for a relationship when she first hooked up with Pete Davidson.

The mother-of-four also hinted at having the best sex of her life with the 28-year-old comedian. She added that he’s simply the “best human” she’s met.

“Honestly, I just feel like I wanted to really make sure and not just be so like… ‘Oh my God I met someone and I’m having fun.’ And then just start talking about it on a show and then if we weren’t talking months later I’d be like an idiot, or a wh**e, either one.” She said.

US Singer, Keke Wyatt Welcomes Her 11th Child At 40 (Photos)

“You’re typing sh!t, too much of talking is a sin”- Khloe slams Alex over her lecture on cosmetic surgery