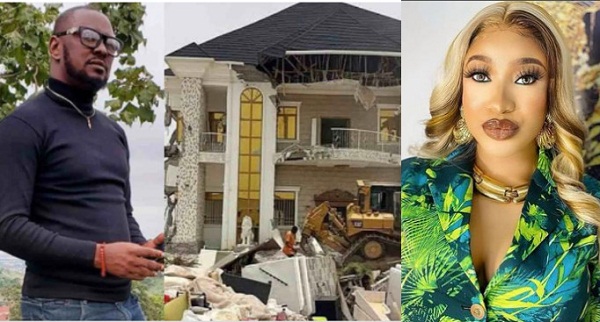 Nigerian businessman, Prince Kpokpogri has reacted after his ex-girlfriend, Tonto Dikeh mocked him following the demolition of his house.

It could be recalled that days ago,  Kpokpogri cried over his house which was demolished by the Federal Capital Development Agency (FCDA). 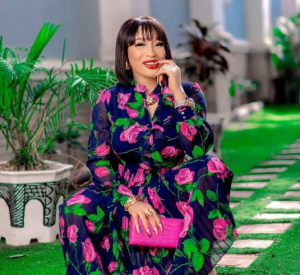 The actress noted that when a man messes with the wrong woman, he gets all he deserves.

“When you mess with the wrong woman you get all you deserve…#GOES back sleep”.She wrote.

She also noted that she is rejoicing after Kpokpogri’s predicament because of how he prayed for her and her son to die while she was mourning the death of her stepmother.

Speaking with retired journalist, Kemi Olunloyo during an IG live session, Prince Kpokpogri was asked if Tonto Dikeh had a hand in his house demolition. 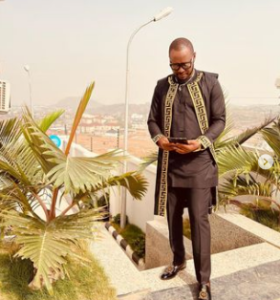 In response, the entrepreneur avowed that he doesn’t want to talk about Tonto.

However, he added that the posts she made are merely for clout as she has nothing to do with the incident.