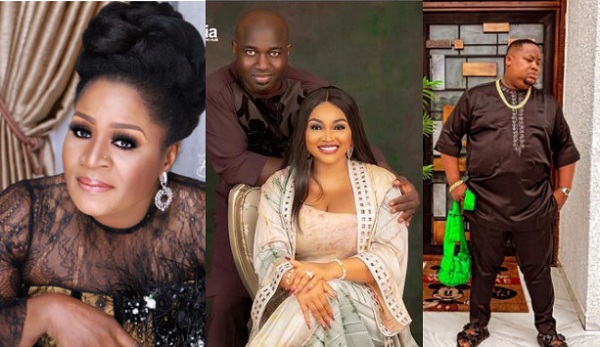 Funsho Adeoti, the first wife of actress, Mercy Aigbe’s husband, Adeoti Kazim has reacted after Cubana Chiefpriest listed out some of the disadvantages involved in building a polygamous home.

It could be recalled that while reacting to Yul Edochie getting a second wife, the Celebrity barman stated that polygamy is dangerous and brings nothing but destruction, hatred and competition among family members. 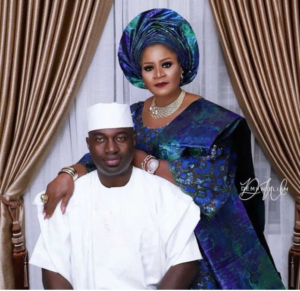 He advised that a man has the right to number his assets, cars, houses, jewelries and other things but never his wives.

Cubana Chiefpriest added that a polygamous man makes his home a place of war instead of a home of absolute peace.

“Polygamy Is Dangerous, It’s A Huge Problem That Ends Up Destroying An Entire Generation With The Hate, Competition & Jealousy That Comes With It. You Can Number Houses, Businesses, Cars, Jewelries, Side Chicks Etc, But Pls Never You Number Wives, It’s So Painful & Hurting. Do Unto Others What You Want Them To Do Unto You. Don’t Bring War To Your Own Home, Home Should Be A Place Of Absolute Peace. POLYGAMY is War !!!”. 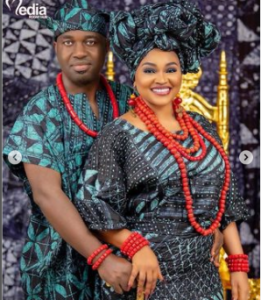 Reacting to this, Funsho Adeoti, who also suffered the same fate as Yul Edochie’s first wife took to her Instagram story to repost his write up.

The proud mom asserted that the words of Cubana are nothing but the truth.

“Nothing but the truth. Thank you”. She wrote. 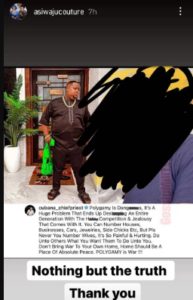 Actress, Judy Austin addresses trolls who dragged her for getting married to Yul Edochie (Video)