Nigerian singer, Banky W, has declared his intention to serve as a federal legislator in the forthcoming 2023 election under the Peoples Democratic Party, PDP.

It could be recalled that in 2019, Banky W, contested the Eti-Osa Federal Constituency Elections under Modern Democratic Party (MDP).

However, he lost to Babajide Obanikoro of the All Progressive Congress.

Well not giving up on his dream of being a politician, Banky W has come out again to announce that he will be contesting to represent the Eti-Osa local government area of Lagos State in the House of Representatives. 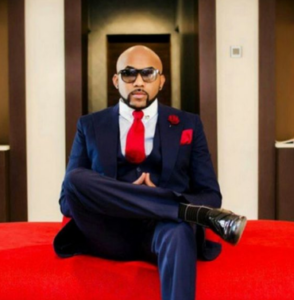 “We must engage with Nigeria where it is, not where we prefer for it to be. We must no longer be content to shout from the sidelines. We must get into the system to fix it,”

While many people are happy about his decision, others are sad that he chooses to contest under PDP.

@Adeleye Samuel wrote: “Why PDP? We can now see the reason for ur persistent criticism on social media.”

@Sam Duntoye: “Whether we like it or not, these two parties are the major for now and if we have youths being accepted genuinely to create that change we want, the better for us all. Most new parties does not have the fund and most youths on social media are not ready to do fundraising to set up a youth party due to trust issue.”

“She is not on drugs, I’ve never seen her with drugs” – Annie Idibia’s brother, Wisdom says as he apologizes to her (Video)