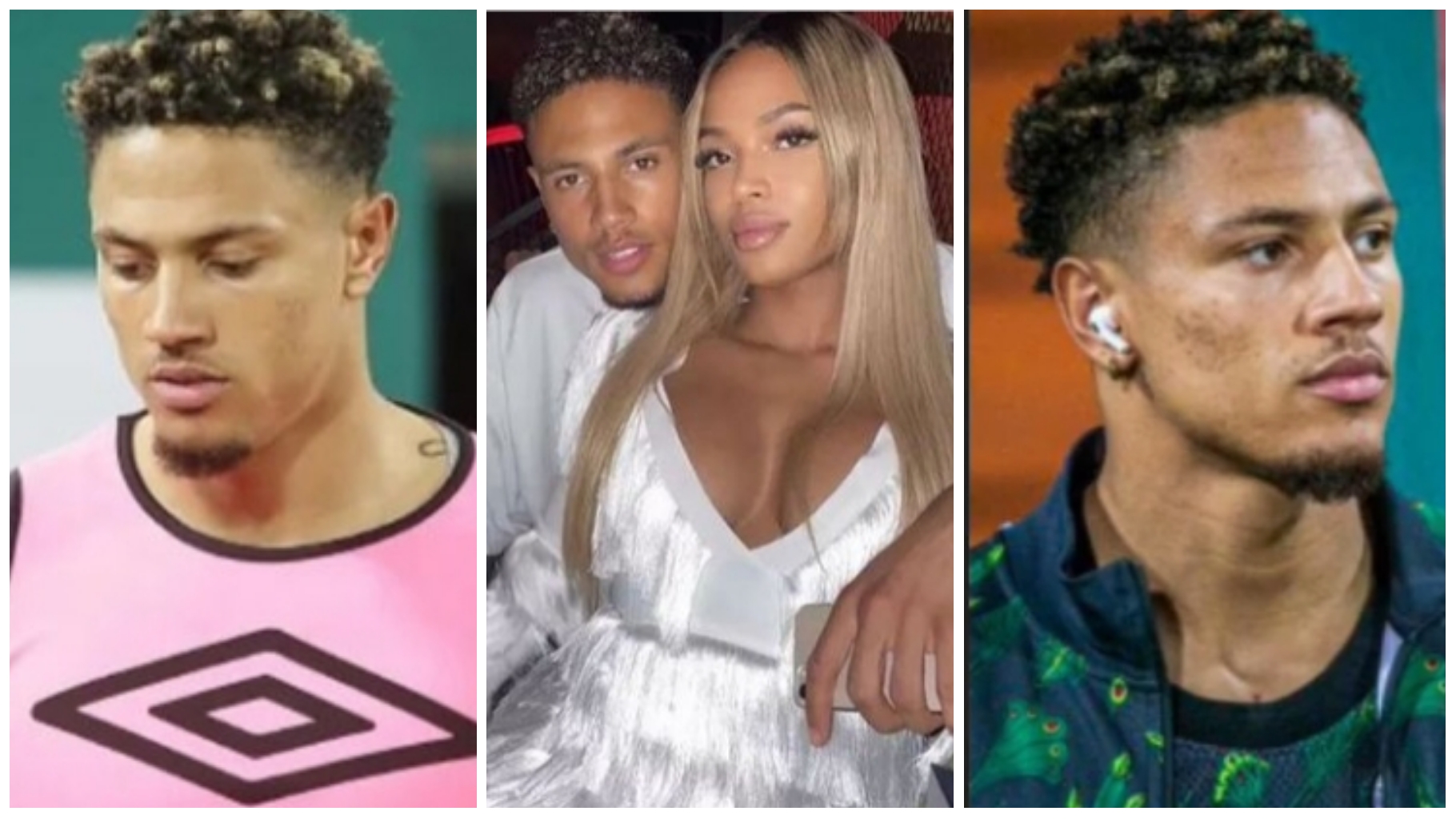 Girlfriend to Super Eagles goalkeeper Maduka Okoye, has consoled him after Nigerians dragged him for his team loss to Tunisia. 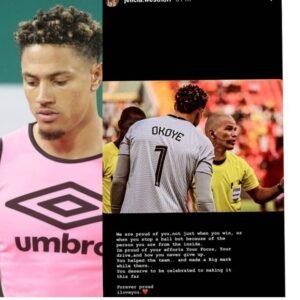 “We are proud of you, not just when you win, or when you stop a ball but because of the person you are from the inside. I’m proud of your efforts, your focus, your drive, and how you never give up. You helped the team and  made a big mark while there… you deserve to be celebrated for making it this far. Forever proud. I love you”

The world of sports today has shown over time that it is one of the highest paying careers in the world. While multitudes troop in to different stadia or viewing centers to watch sports especially football matches, footballers are being paid for their hard work. This article focuses on the top ten Nigerian footballers, their properties, salaries, families and net worth.

Alexander Iwobi is a winger who has played for Arsenal club before. He is the cousin of the popular Nigerian football player, Jay Jay Okocha. At the age of two, he moved to Turkey with his family and then to UK. In 2019, Alex joined Everton and currently, he earns over N36 million weekly. He was dating a model, Clarisse Juliet but broke up with her in 2017. His present lover is also a model called Erin Budina. Alex Iwobi does not show off his property but he has a BMW Convertible and a house in Lagos. His estimated net worth is N1.3 billion. 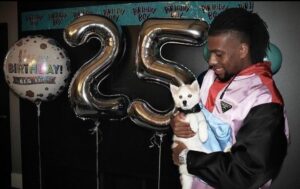 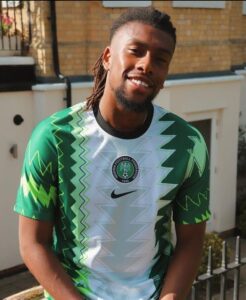 Kelechi is one of the football players many ladies are crushing on. The native of Owerri, Imo State was playing with Manchester City before moving over to Leicester City. Two years ago, it was reported that he has a 13year old son in Owerri, a 5year old daughter in Enugu, another son in Manchester whom he bore with his girlfriend then and a 6month old daughter. 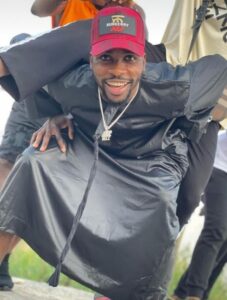 The footballer is unmarried but has been linked with a lady called Amaka. He was also linked with BBN stars, Nina, Khloe and Tacha. It’s been rumoured that his house in Manchester is worth N970million and his mansion in Lagos is worth N1.07 billion. Kelechi also has a Range Rover, BMW 18 worth N106.5 million, Mercedes c300 worth N17 million. In his current club, Leicester, the player earns N55,887,48 million weekly. His networth is about N1.4 billion.

The striker was once a player of Everton Fc before moving to West Bromwich Albion. He was playing for Sunderland before joining Beijing Enterprises Group which is his present club. The striker is now a free agent meaning, he has no club now. In 2016, Victor began a relationship with DJ Cuppy but they called it off in 2017. 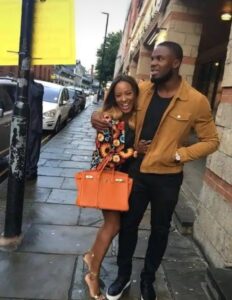 That same year, he was rumoured to be dating Maggie Malcheva. It is unclear if they are still together or not. Victor hardly shows off his property, nevertheless, he has a Rolls Royce Phantom worth N150million and a mansion in his hometown. His estimated net worth is N6 billion. 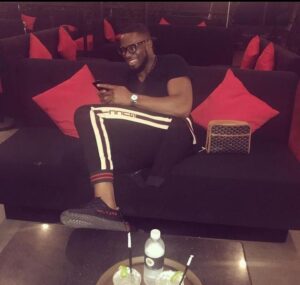 The striker was born in Anambra but is a native of Imo State. He has played for the following clubs: Delta Force, MP Black Aces, Cape Town, Karabukspor, Fenerbahçe, Spartan Moscow, All Ain, West Ham United, Olympiacos, Las Palmas and Westerlo. In 2018, he got married to MBGN 2014 Queen, Ijeoma Nnadi and they have two children. Emmanuel has a Range Rover Sports SUV, and a Mercedes Benz G-wagon worth N45 million. He also has a mansion in Owerri and another in Lagos. Currently, the striker is a free agent. 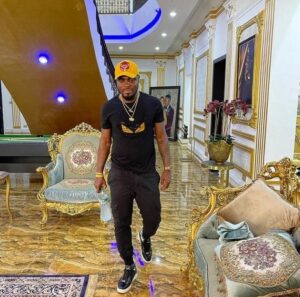 If you watched the 2014 FIFA World cup you’ll surely be conversant with this man. He is a forward and left winger from Jos. 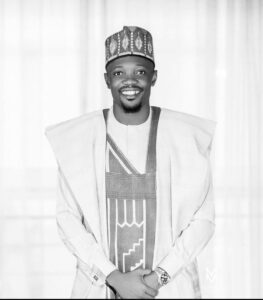 He has played for the following clubs: GBS Football Academy, Juth, Kano Pillars, VVV-Venlo, CSKA Moscow, Leicester City, Al Nassr, and Fatih Karagumruk. He is the first Nigerian player to score more than once in a FIFA World Cup and that was in 2014. In 2017, he divorced his wife of four years, Jamila Musa and got married to Juliet Ejue. This year, he married another wife, Mariam in a secret ceremony. Ahmed Musa has four children, two from his first wife and two from his second. 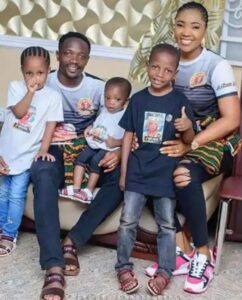 He possesses a Mansion in Jos which has a Mosque and a football field inside, Range Rover Sports worth $50,000, Range Rover Velar worth $60,500, Mercedes Benz G-wagon worth $127, 650. He also built a Sports Fitness Center worth N500million in Kano State. He currently plays for Fatih Karagumruk and earns $77,000 weekly. His estimated net worth is N6.5 billion. 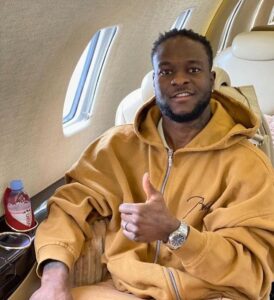 He has two children(a boy and a girl) and currently plays for Spartak Moscow where he earns £72,000 weekly. The winger has a mansion in Lekki worth N250million, Mercedes Benz AMG G63 over N66 million, Ford Edge over N13 million, Aston Martin which is over N56 million, a Ferrari 458 Italia which is over N141million and a BMW i8 over N3 million. His net worth is about N7.3 billion. 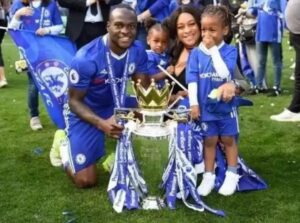 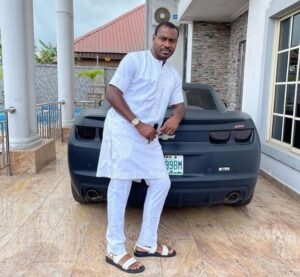 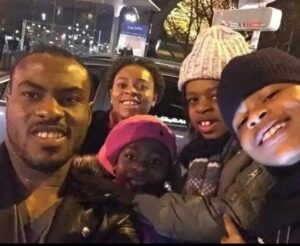 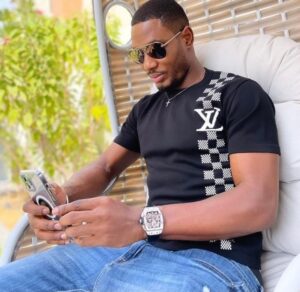 He is currently in Al Shabab. He has three children though he and his wife, Sonia are separated. He owns a mansion in Lekki, a Mercedes Benz G-wagon, White Range Rover Velar worth N50 million. His wife, Sonia alleged that he has a baby mama from Sierra Leone who bore him a son in February, 2021. She also accused actress Lilian Esoro of having an affair with her husband. He has a net worth of about N12 billion. 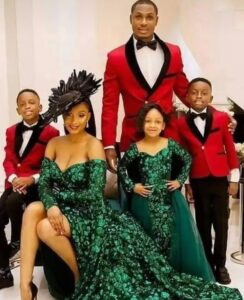 Popularly known as Oba goal is a striker who is currently a free agent. He owns hotels in Italy, a mansion worth N800million in Italy and another in Nigeria worth N500million. 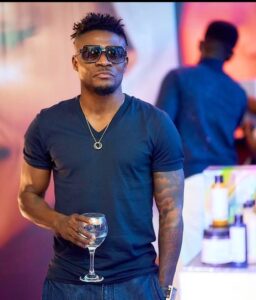 He also owns a Mercedes Benz SLR McLaren over N300million, Mercedes Benz G-class over N112million, Lamborghini Aventador over N162million, Ferrari Spider over N110milliom, an Iguana 31 expedition yatch over N170million and Bentley Bentayga over N114million. He has three children and is married to Ghanaian-Italian, Abigail Barwuah. He has a net worth of about N14billion.

The midfielder who is now a free agent owns a real estate in London, Jos and Abuja. 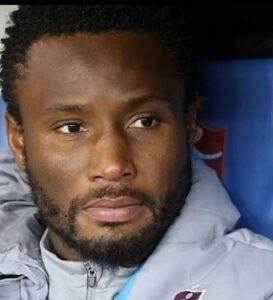 He has a Range Rover Sports, a 2010 Bentley Continental GT worth N82million, Mercedes Gwagon worth £650,000, 2022 Mercedes Benz E-class over N27million and a Range River Sports over N43million. He is married to a russian, Olga Diyachenko and they have twin girls Mia and Ava. His estimated net worth is N23billion.

READ Also:I Didn’t Bribe My Way Back To Eagles – Ighalo