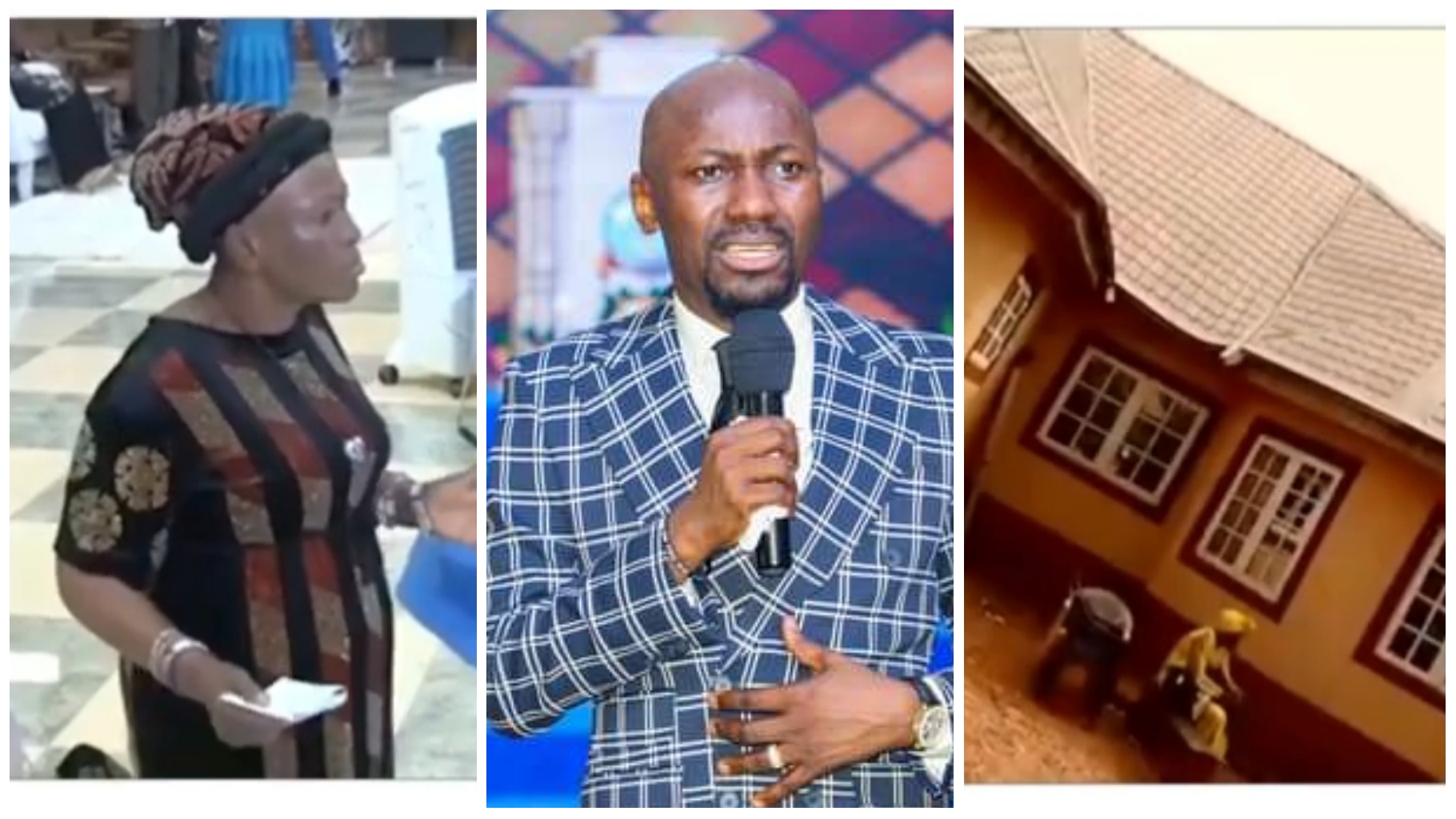 General Overseer of Omega Fire Ministry, Apostle Johnson Suleman has gifted his cook, who has served him and his family for over ten years with a house in Edo State. 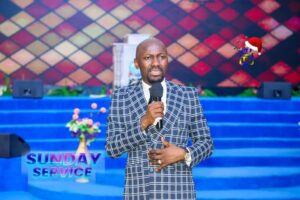 In another news, Popular yoruba actor, Femi Adebayo and his siblings have surprised their mother with a brand new car in celebration of her 70th birthday. 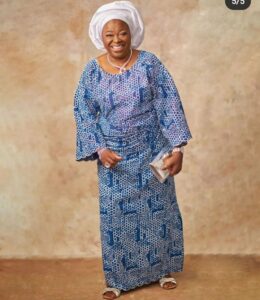 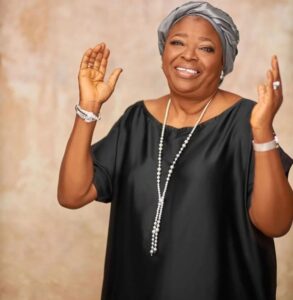 My mother is many things, but top on the list is : “Love”
She embodies the true meaning and definition of Love.

She’s the true definition of ‘if I no chop…my mother no go chop..’

It is my everyday prayer that if I have to come to this world 10 million times, the Almighty should make me come through her.🙂🙏🙏🙏

Ejide…We all love you🙂🥰🥰❤️❤️Continue to grow in health and peace of mind.” 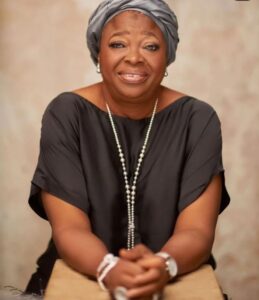 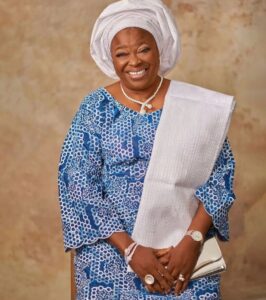 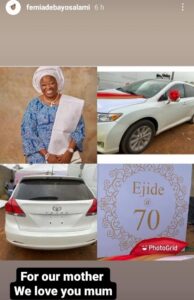 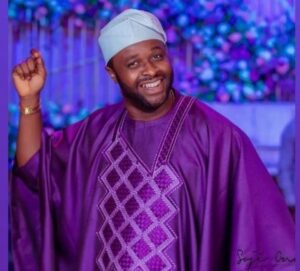 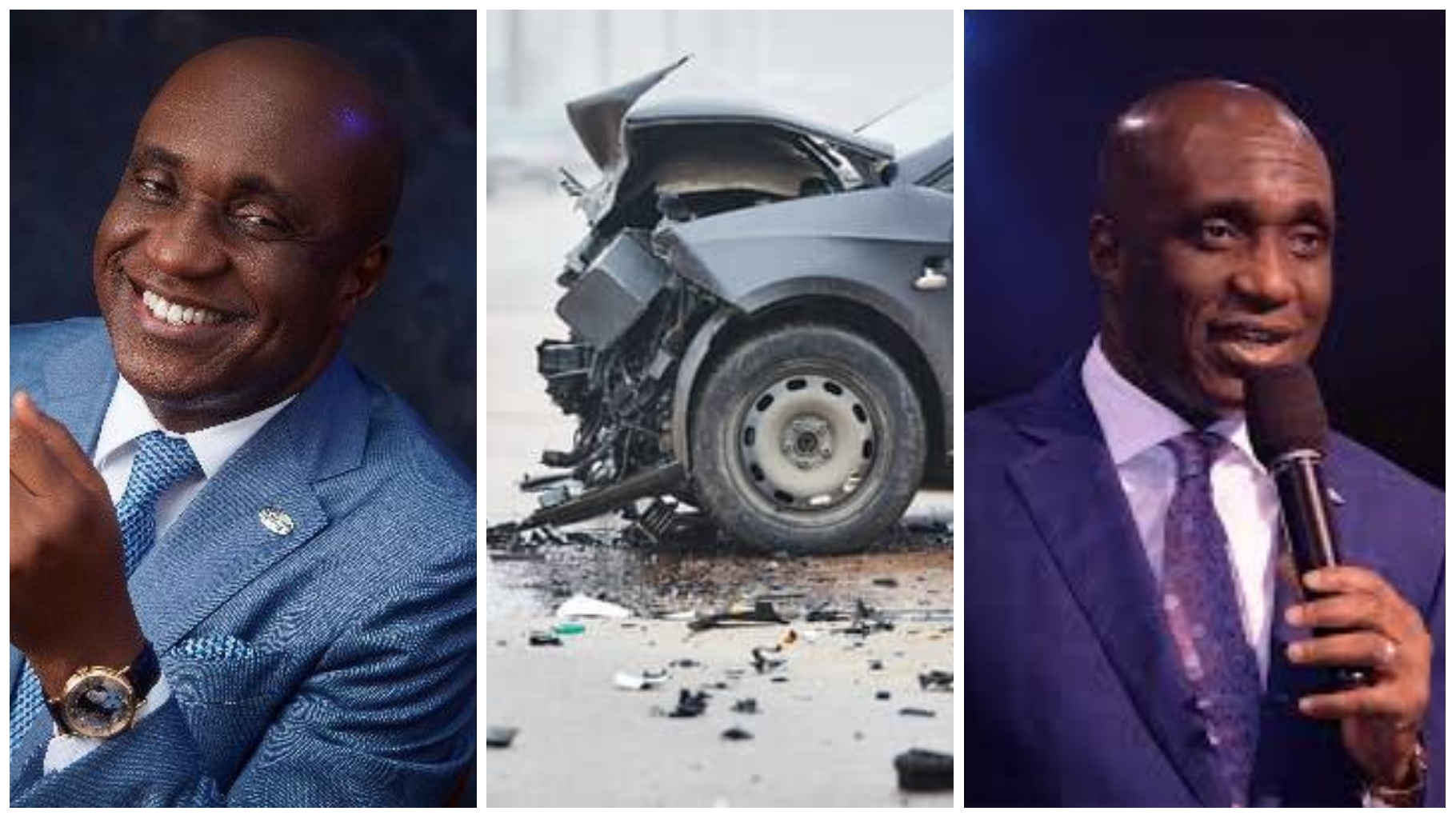 According to news on the internet, some yahoo boys had an accident few hours after they mocked pastor David Ibiyeomie’s sermon against yahoo boys and scammers.

The Founder of Salvation Ministries, Port Harcourt had said anyone who scams people and uses the money to buy a car must be involved in an

Last week, Pastor David Ibiyeomie made headlines for saying no two plots of land given to him anywhere in the world is enough for him and his fleets of cars and others. 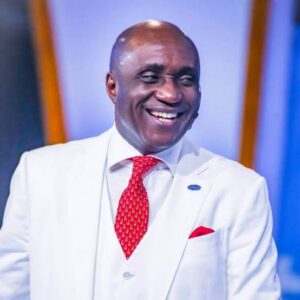 According to Church Gist,Ibiyeomie, who spoke in a sermon, added that he had given out 50 cars in less than two months and that he gave his first money meant for car to the kingdom of God.

“When Peter gave his boat what did he get? Fishes because that was his business, when this young man gave money to roof the Church what did he get? Money. I gave my first money meant for car to the Kingdom of God, till Jesus comes I won’t worry about cars, I have given out 50 plus cars in less than 2 months, have I told you before?

I gave my first $1,000,000 in 2012 when I had no house, I won’t be talking about house now, I have landed properties that I don’t even know about, there is nowhere in the world where you give me 2 plots of land that I will use, I can’t use 2 plots because it isn’t enough for me

“If You Scam People & Use Yahoo Money To Buy Car, You Will Have Acc!dent”- Pastor David Ibiyeomi Lays Curses On Yahoo Boys (VIDEO) 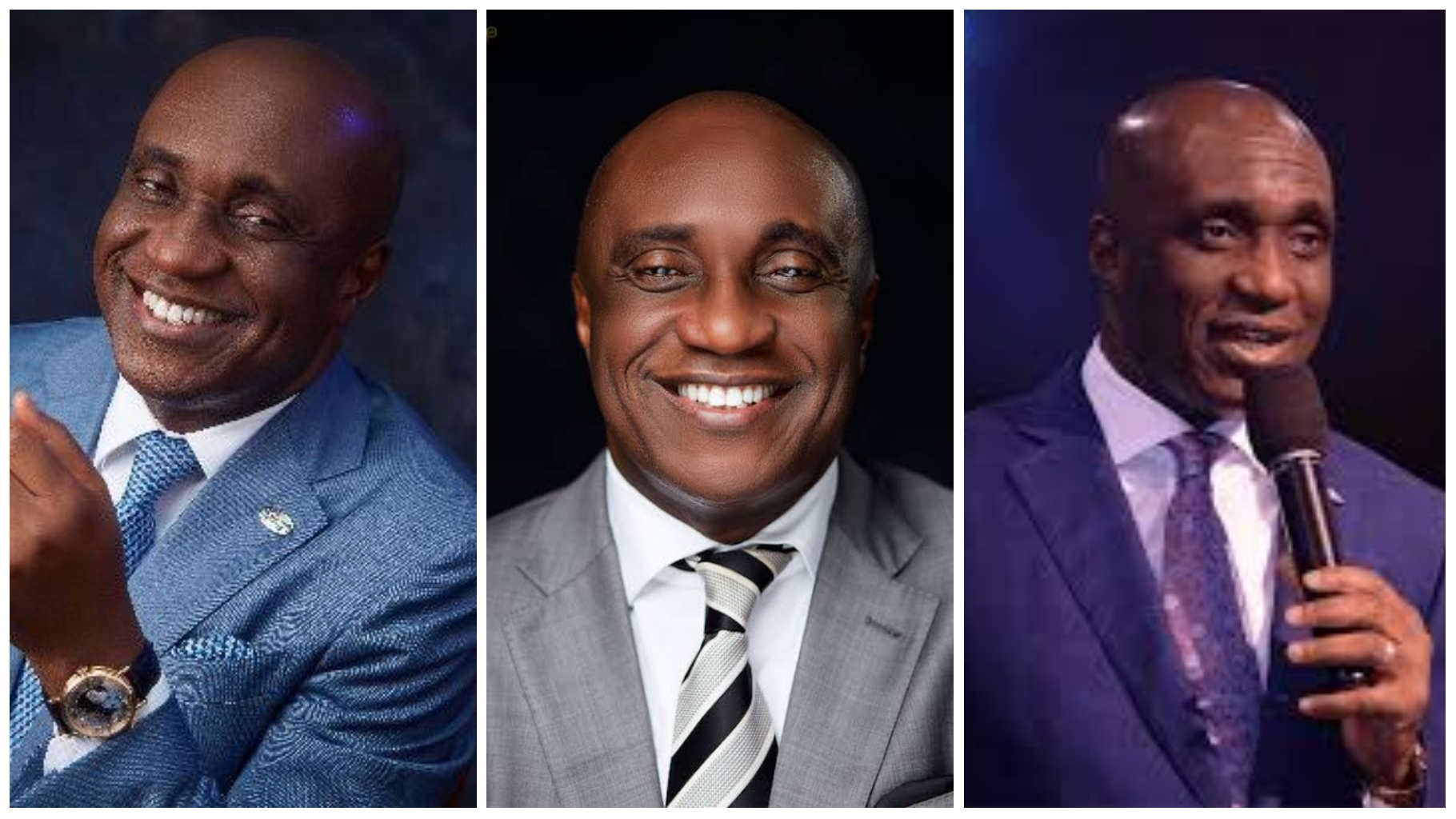 General Overseer of the Salvation Ministries, David Ibiyeomie has laid curses on people who scam others of their wealth and use such money to buy properties.

Watch the VIDEO below

David Ibiyeomie has also cautioned his female members who are still single not to see the sexual organ of their fiance’s before marriage. 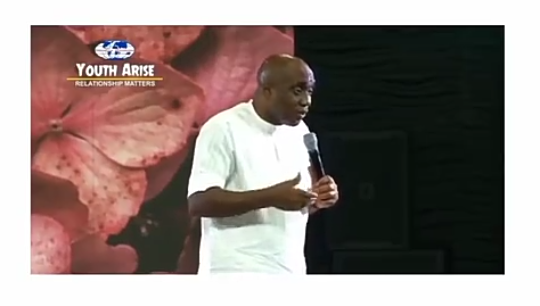 During a youth program organised in his church, a lady asked David Ibiyeomie if it was proper for her to see her fiance’s p*nis inorder to confirm the size before marriage.

Reacting to this, the pastor said it is wrong because after seeing the P*nis, she will be tempted to have s*x with her fiance which is fornication and a sin in God’s eyes.

A lot of young female Nigerians have reacted to this, saying if they don’t see the P*nis how will they know if it small or big, or if the man is even impotent.

READ MORE: WHY MY HUSBAND CAN NEVER STOP ME FROM ACTING- CHIZZY ALICHI

Arrested Nigerian fraudster, Hushpuppi will be sentenced on Valentine’s day 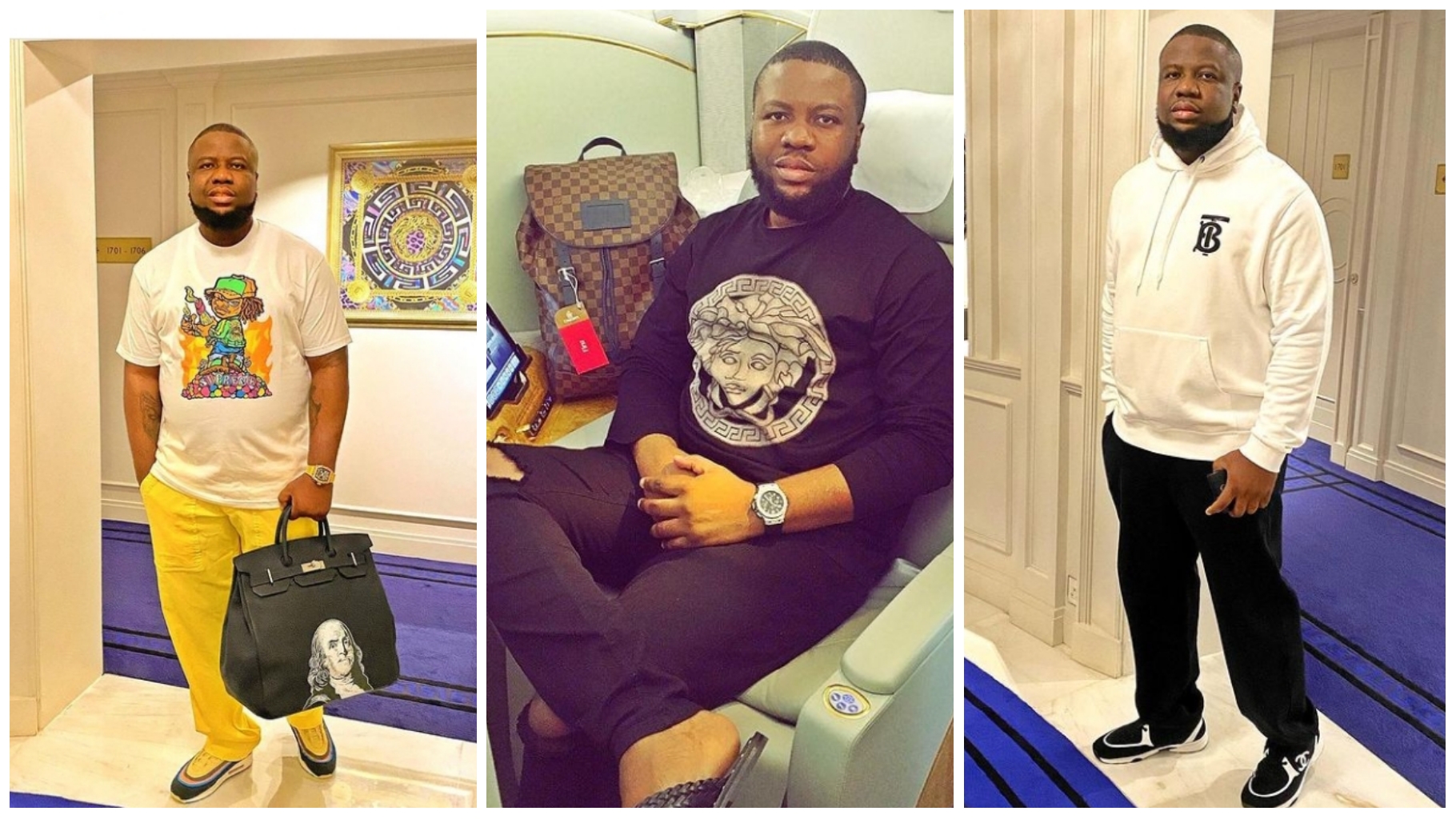 BBC Pidgin reported that the news about Hushpuppi being sentenced on February 14th, 2022 was confirmed by United States Attorney’s Office at the Central District of California and the court’s Director of Media Relations, Thom Mrozek.

A plea agreement document signed by Hushpuppi; his lawyer, Loius Shapiro; Acting United States Attorney, Tracy Wilkison, amongst others, revealed that he pleaded guilty to various offences bordering on internet scam and money laundering, among others.

He is also accused of colluding with North Korean military hackers, Jon Chang Hyok, Kim Il, and Park Jin Hyok, as well as a Canadian colleague to pull a $14.7 million cyber-heist.

Hushuppi risks getting a 20 years jail sentence; a 3-year period of supervised release; a fine of $500,000 or twice the gross gain or gross loss resulting from the offence.

Same court had also ordered the Federal Bureau of Investigation (FBI) to arrest the suspended Head of the Intelligence Response Team, DCP Abba Kyari, for his alleged role in a $1m scam allegedly perpetrated by Hushpuppi and five others.