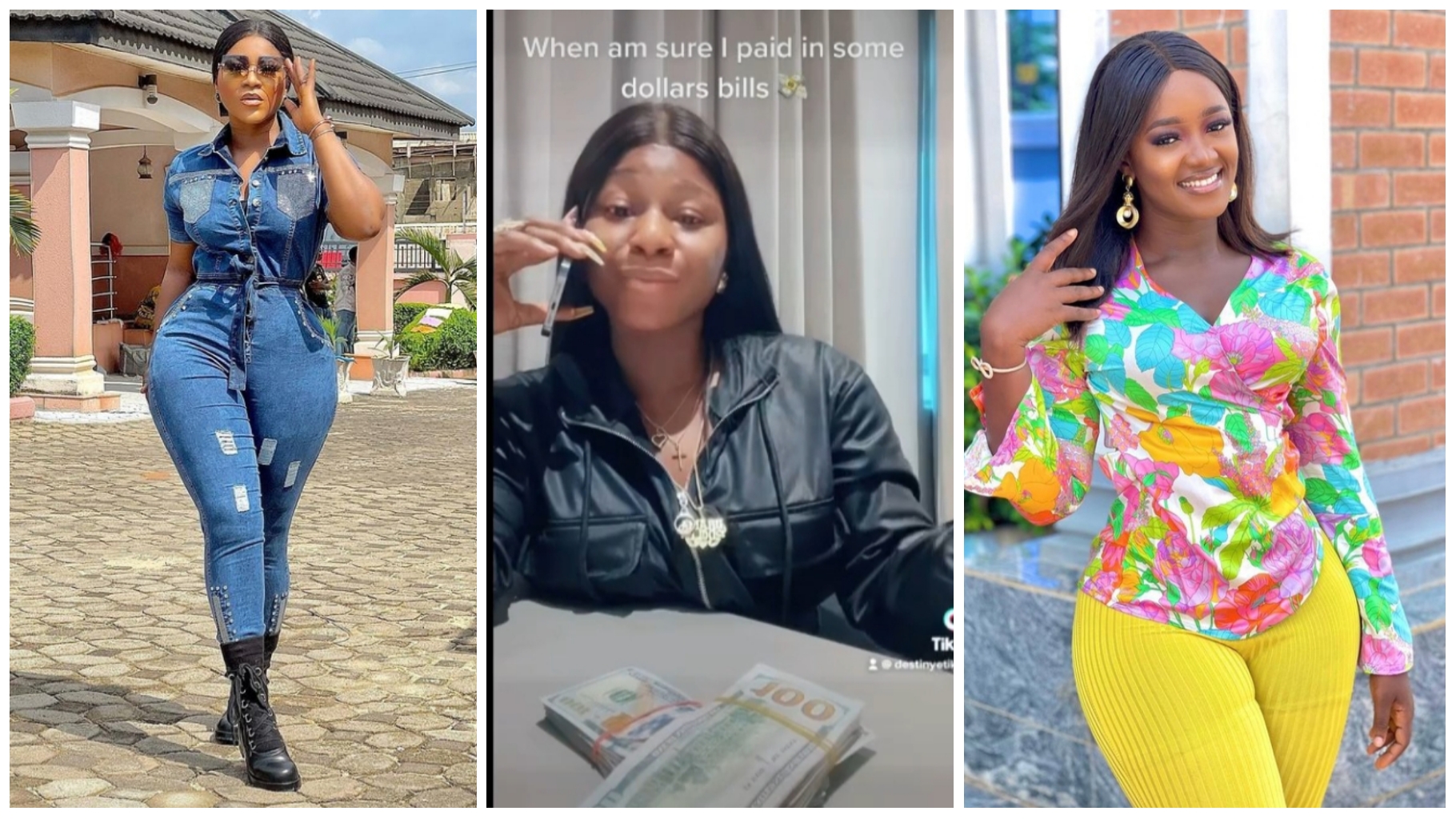 Earlier today, Actress Luchy Donalds called out a certain actress who mocked her Gucci Bags, referring to it as empty. Reacting to this ,Luchy revealed how the actress does regular surgery but decieves her followers. 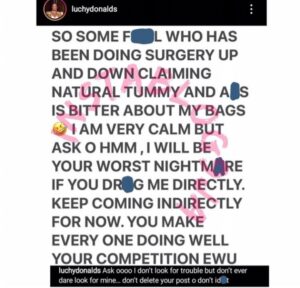 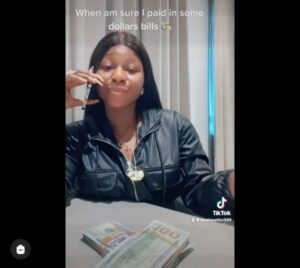 A fan of Luchy Donalds wrote in the comment section about Destiny flaunting her sugar daddy dollar bills after Luchy dragged her earlier. Luchy replied to confirm the fan’s statement . 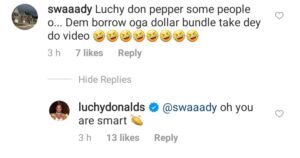 Also, Destiny Etiko and her former bestie, Anita Joseph are not in good terms.

“Hmmm so una mother hen and baby hen are at loggerheads o.

Them say is because mama no shine teeth for daughter’s achievement o.

Hmmm wetin we know? Na mama and pikin quarrel na. Who go settle this one?

👩‍🦯👩‍🦯👩‍🦯 but Destiny’s car fine sha. Anita Joseph’s new home too fine o. Who go dey shine teeth for who in this their achievements.?

The little bird that whispered the gist said Destiny was hurt cuz despite all the love and support they share despite some people tried poisoning her mind against Anita. Anita still did not post her new whip to congratulate. Yes I mean this very whip that caused a lot of controversies on the internet when Destiny got it.

Hmmm women. It’s amazing the little things that can break friendship between this particular gender. 👩‍🦯👩‍🦯”

Destiny is also not in good terms with Chizzy Alichi and Rachel Okonkwo.