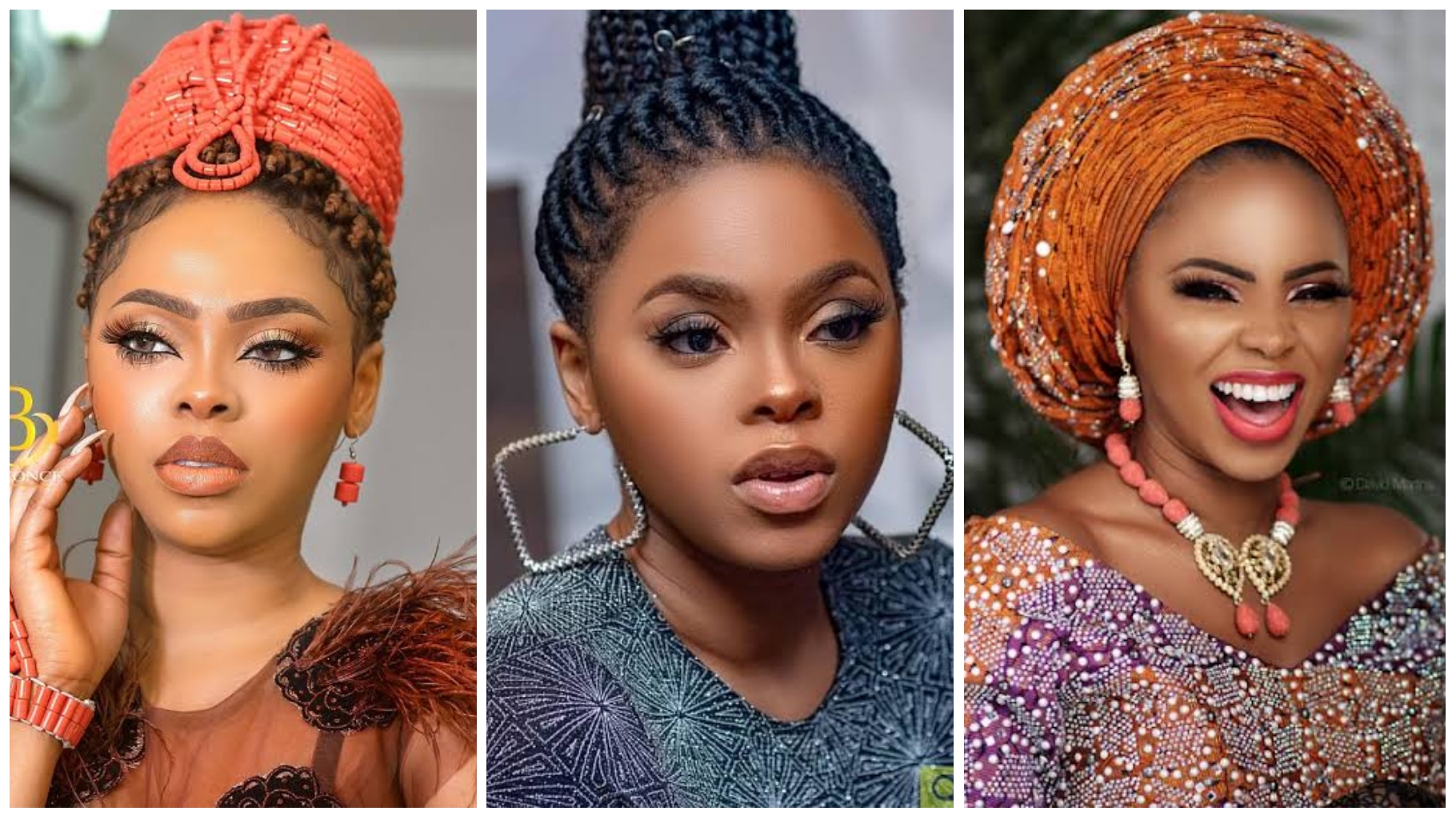 Popular Nigerian singer, Chidinma Ekile shocked many on sunday, when she announced her decision to become a gospel singer. 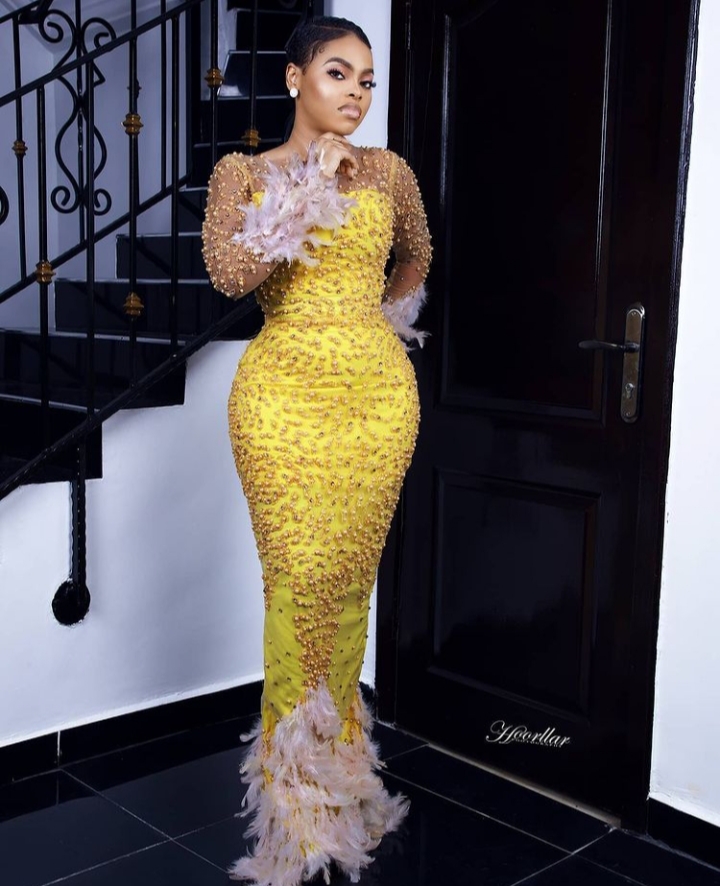 Over the years, Chidinma Ekile has been known for singing secular songs, after winning the project fame musical competition.

The singer has now spoken about her reasons for quitting secular music. According to her, the devil has been winning for too long in her life, she has now decided to give all of her talents to work for God.

“Our God is faithful, He never lies and He does whatever He says. So I’m here today, it’s been a long journey. I had an opportunity to spend time with Him, it’s a rare privilege to spend time with Him and He told me a lot of things and He said, He has been waiting for me. So, He is happy to receive me. God has been very intentional about me.”

“He is very mindful of me. I’m not here because I want fame. I’ve had all of that and I think I’ve had enough of all of that. So, right now is the time to work for my father. He is the one who has called me, I did not bring myself here.”

“As a matter of fact, I did not want to be here but I’m going into ministry in full force. So, most of you might not understand my ways because you don’t know where I’m coming from, and that is because a lot of time has been wasted. So, I need to catch up with time. I’m moving with time, there is no time.”

“So, when you see me doing some very extreme thing, just understand where I’m coming from, there is no time. There are too many people out there we have to bring back into the house. Jesus is coming soon, sooner than you expect. So we cannot allow them to miss out on that. Now is the time to do the work”.

“Thank You For Being A Good Husband, My Baby Boy For Life”- Actor Nosa Rex Wife Celebrates Him On His Birthday (Photos) 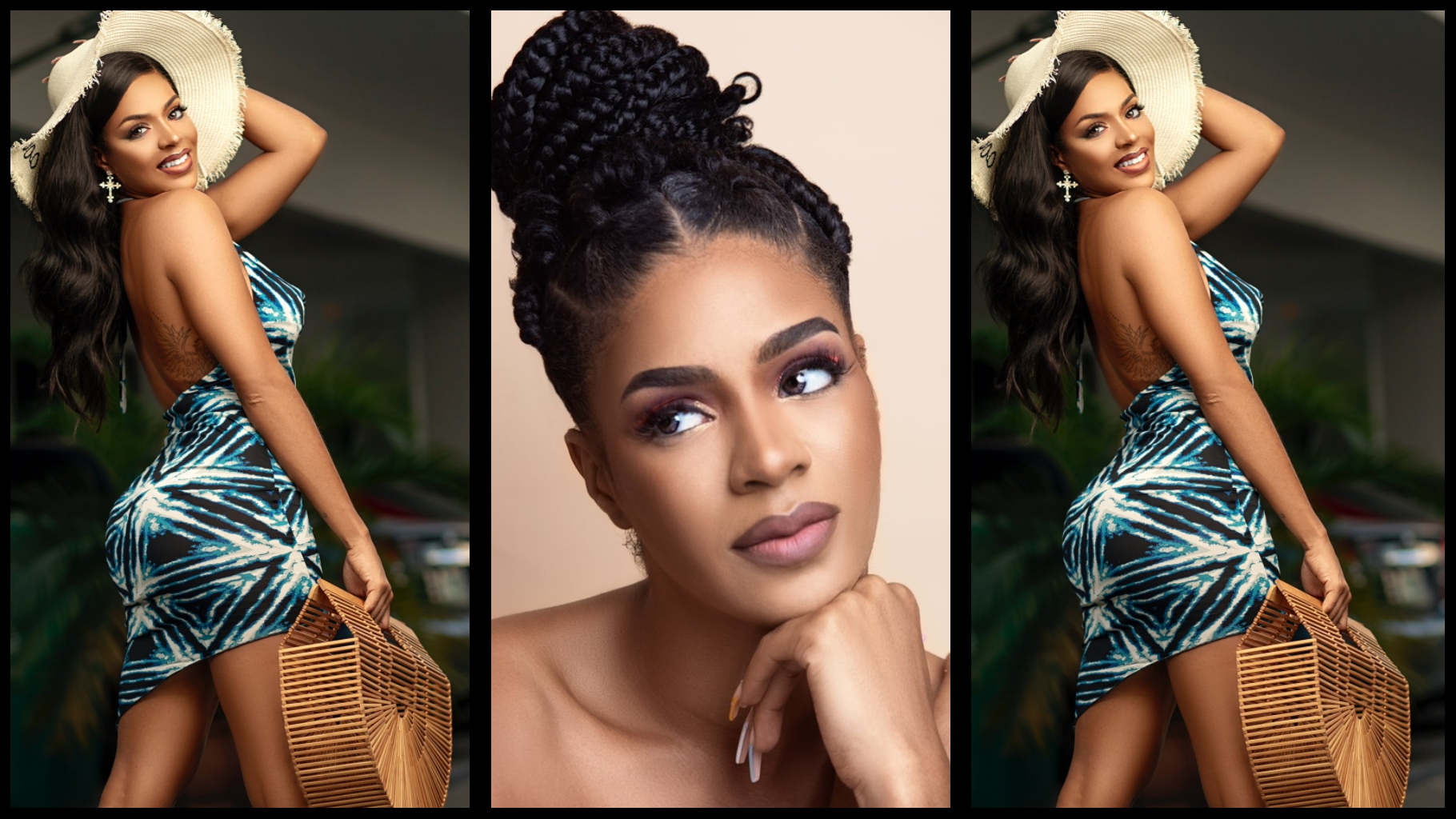 Big Brother Naija star, Venita Akpofure has taken to her Twitter account to thank God for the growth she is experiencing in her business. 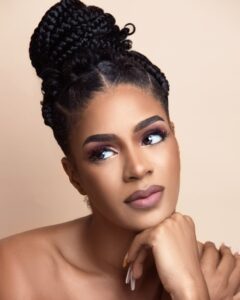 The mother of two has gotten an office for her beauty company called Mylaida Beauty and Ivielux.

Sharing the news, she wrote,

“God is good. The Venita Company now has an office 🙌🏽. Mylaida Beauty and IvieLux now have an official address in Lagos. I prayed for the growth. THANK YOU LORD EVERYTIME for anointing my feet and soul. 🙌🏽🙏🏽 walking in faith” 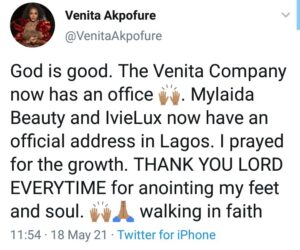 She further advised people to be patient in life.

“Please be patient and trust in your process. Vera launched “Vera Wang” at the age of 41. Don’t be fooled by lies on social media. And don’t compare yourself to anyone else” 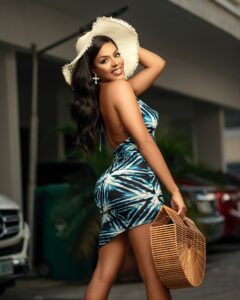 Below are some congratulatory messages,

@ownMyShame wrote,
“Congratulations Venita. I am rooting for You”

READ ALSO:To Take God For Granted Is To Be Grounded-Kaisha advises fans 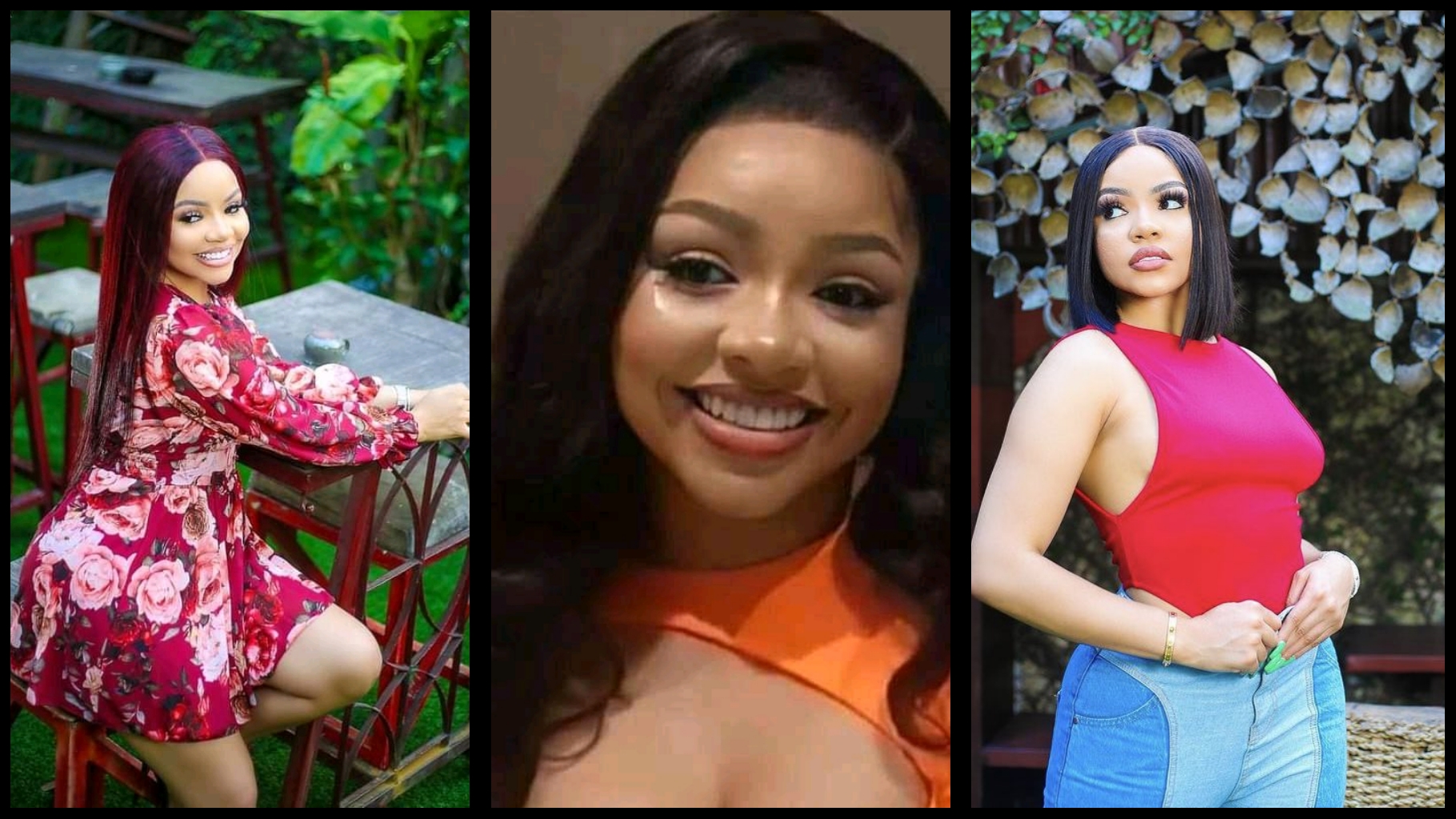 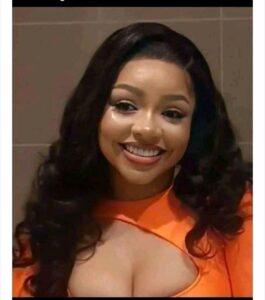 This is coming after a fan brought out a game that is to be played by Ninjas.
The fan whose Twitter account is @Only_Itunu tweeted,

“Ninjas and Nengi lovers here on Twitter, can we play a fun game 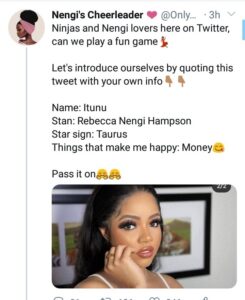 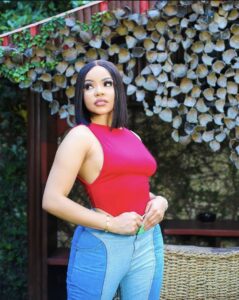 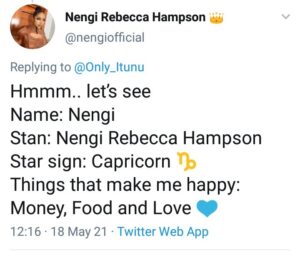 In another news, the CEO of SBF has unfollowed UK socialite Daniel Ogoloma on her Social media account. This came just after shippers thought the both of them were getting along.

Nollywood actress and wife of Olakunle Churchill, Rosy Meurer has taken to her social media account to state that motherhood has totally changed her mindset. 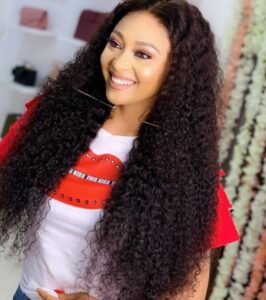 The actress who welcomed her first son with Churchill few months ago stated that inasmuch as one’s family is important, the family one creates by himself is more important.

Recall that the actress is back to Nigeria and on her arrival, she was given a grand welcome by her husband.
In her post, Rosy Meurer stated that her son has made her view life in a different way. She added that the only thing she wants to do in her life is to take care of her family, that is, her son, and her husband. 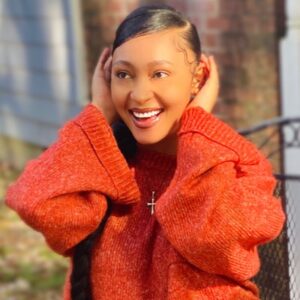 “The family you come from is important, but the family you create is your number one priority. Motherhood has changed my mindset and the way I view life. All I want to do is take care of my son and husband. In my husband, I know TRUE LOVE ❤️
In my son I know PURE LOVE 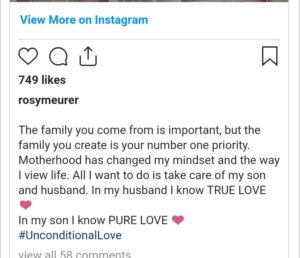 READ ALSO:No One Can Replace A Mum- Mercy Johnson Says, Shares Heartwarming Video With Her Kids