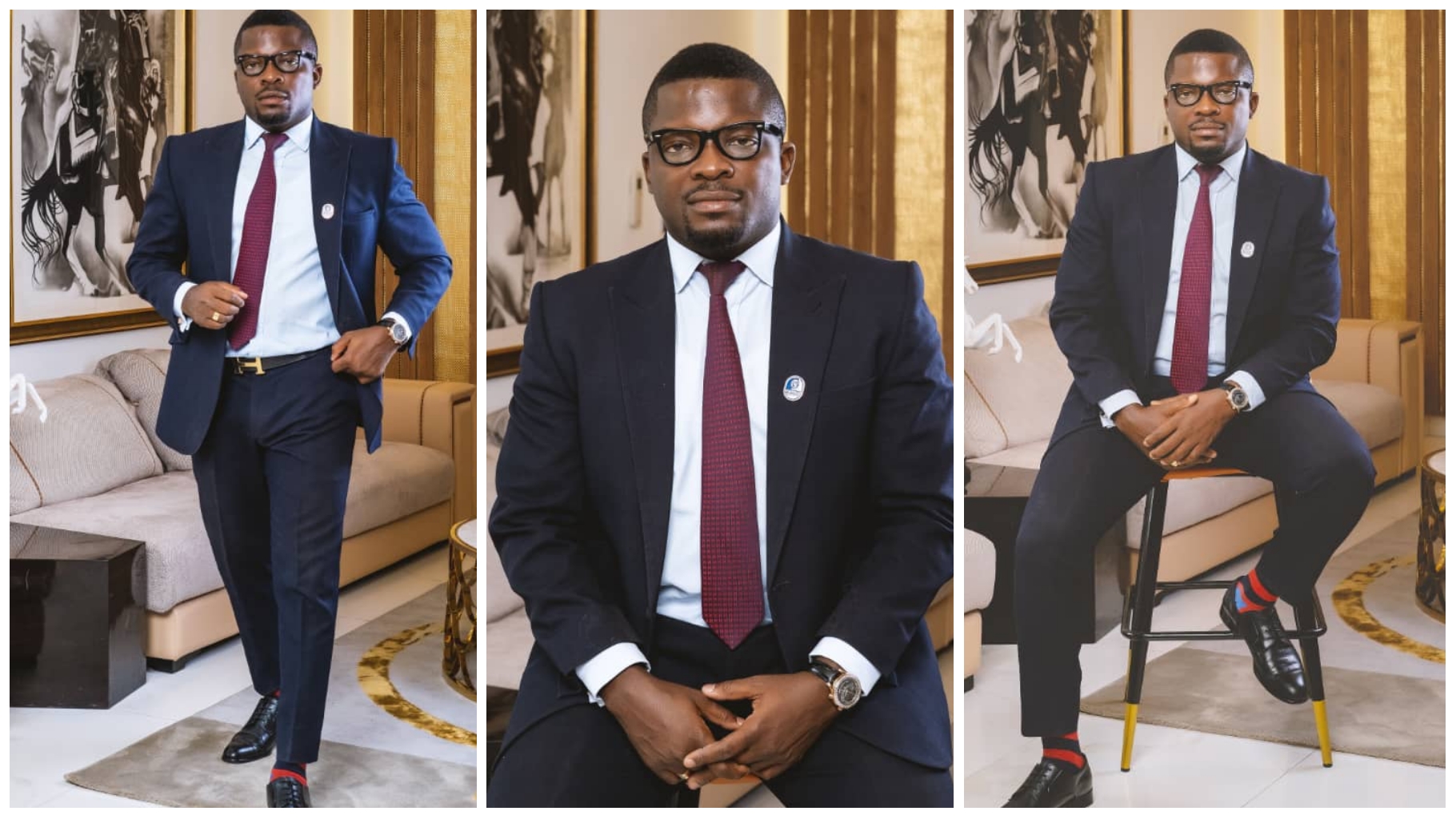 CEO of Sujimoto Construction Limited, Sijibomi Ogundele has identified value creation and the desire to make impact as his propelling force. 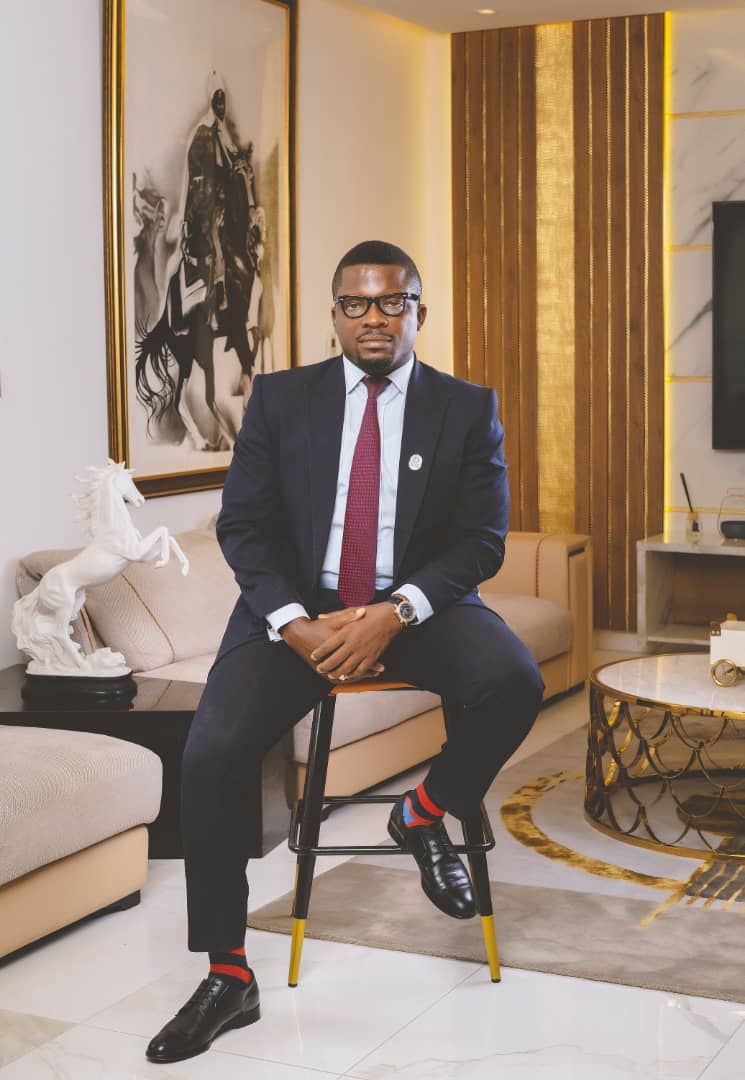 Ogundele said this when he granted journalists an interview to mark his 40th birthday celebration.

He said creating value makes one relevant in the scheme of things and that nobody likes anyone who doesn’t give them value. 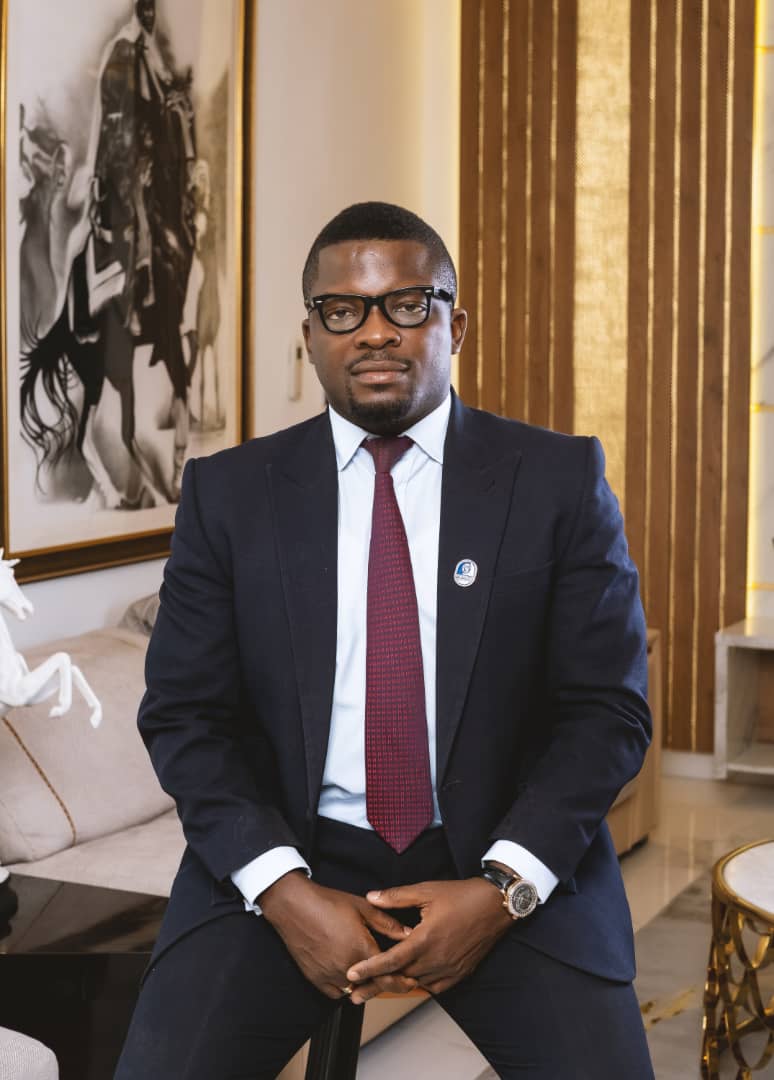 For the real-estate bigwig, the way he was brought up by his mother played a major role in how he turned out as an adult.

“I was not born with a silver spoon! In fact, I had no spoon at all!

“Poverty and the desire to make an impact drive me. Acquiring wealth is ultimate but for me when your neighbour is hungry, of course, your chicken is not safe. So, a rich man in the midst of the poor is also poor and has been enslaved with mental poverty.”

“At the tender age of 5, my mother would wake us up very early in the morning while my mates are sleeping and she would say to me: “Ajaniogun wakeup, wake up! Ise l’ogun ise” meaning Ajaniogun, wake up, wake up! Hard work is the cure for poverty.

“During the holidays, while my friends were busy playing Nintendo and going on holidays, I would have to resume work at my mum’s shop in Oke-Arin, gradually learning the ropes and charting the path for my future! My mother’s words have been my driving force!”

“Value creation also drives me. Nobody likes anyone who doesn’t give them value. If you are my brother and you are not adding value to me, I am not ready to do business with you.”

“Integrity is a must have! It is the currency of my business – saying what you mean and meaning what you say.”

“On many occasions, when I say something, I make sure I uphold that promise, even if it results in a loss, we will take it as a debt of integrity.

“Though I grew up in Oke-Arin and in the slums of Agege, I have travelled to over 40 countries. I have had the privilege of staying in some of the best hotels, experienced exceptional customer service and have seen some of the best architectural structures. This exposure has consciously elevated my standards and expectations in life.

This is why when I go anywhere and things are not done up to the highest standard, I can’t resist voicing my discontent, and in most cases, I refuse to pay the bill for mediocrity!” 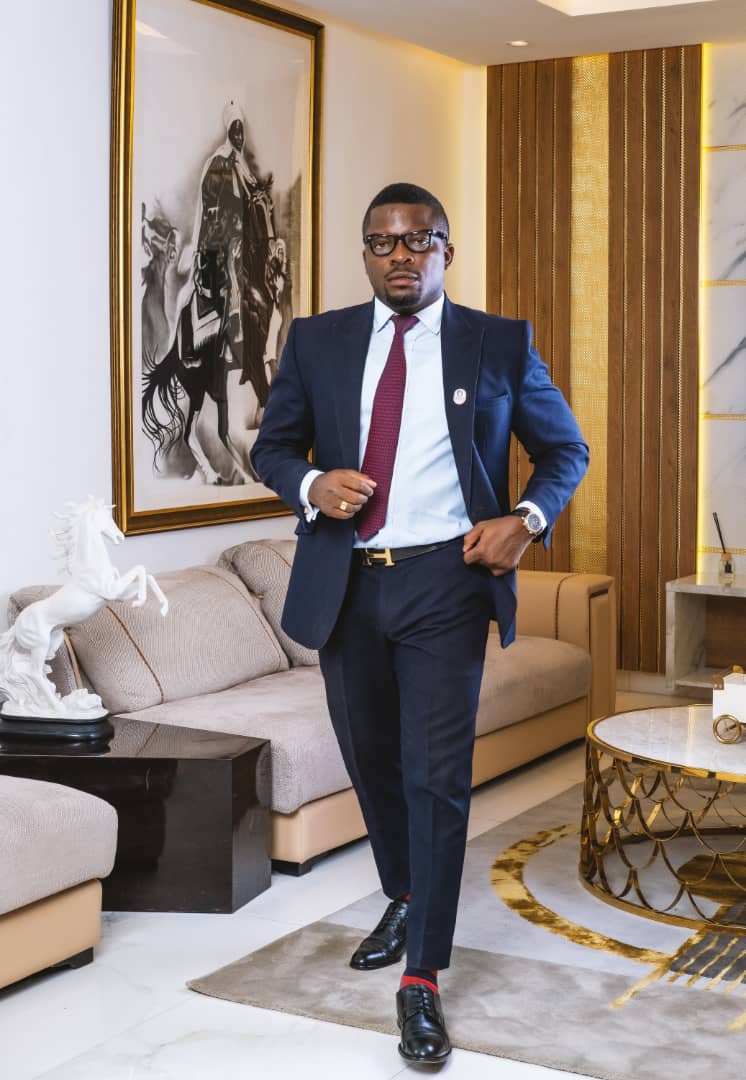 On if he has any regrets having clocked 40, Ogundele said,

“Regrets? None! I see every event in my life as an opportunity for learning and improvement. Every setback has been a strategic way of God setting me up for greater opportunities.”

Ogundele is the brain behind the $52 million architectural masterpiece, LucreziaBySujimoto situated at Banana Island.

“I have children” – Actress Rita Dominic finally opens up (Video)

“My Father Refused To Train Me, He Felt I Was Useless, I Hold A PHD Degree today”- Actress Eucharia Anunobi 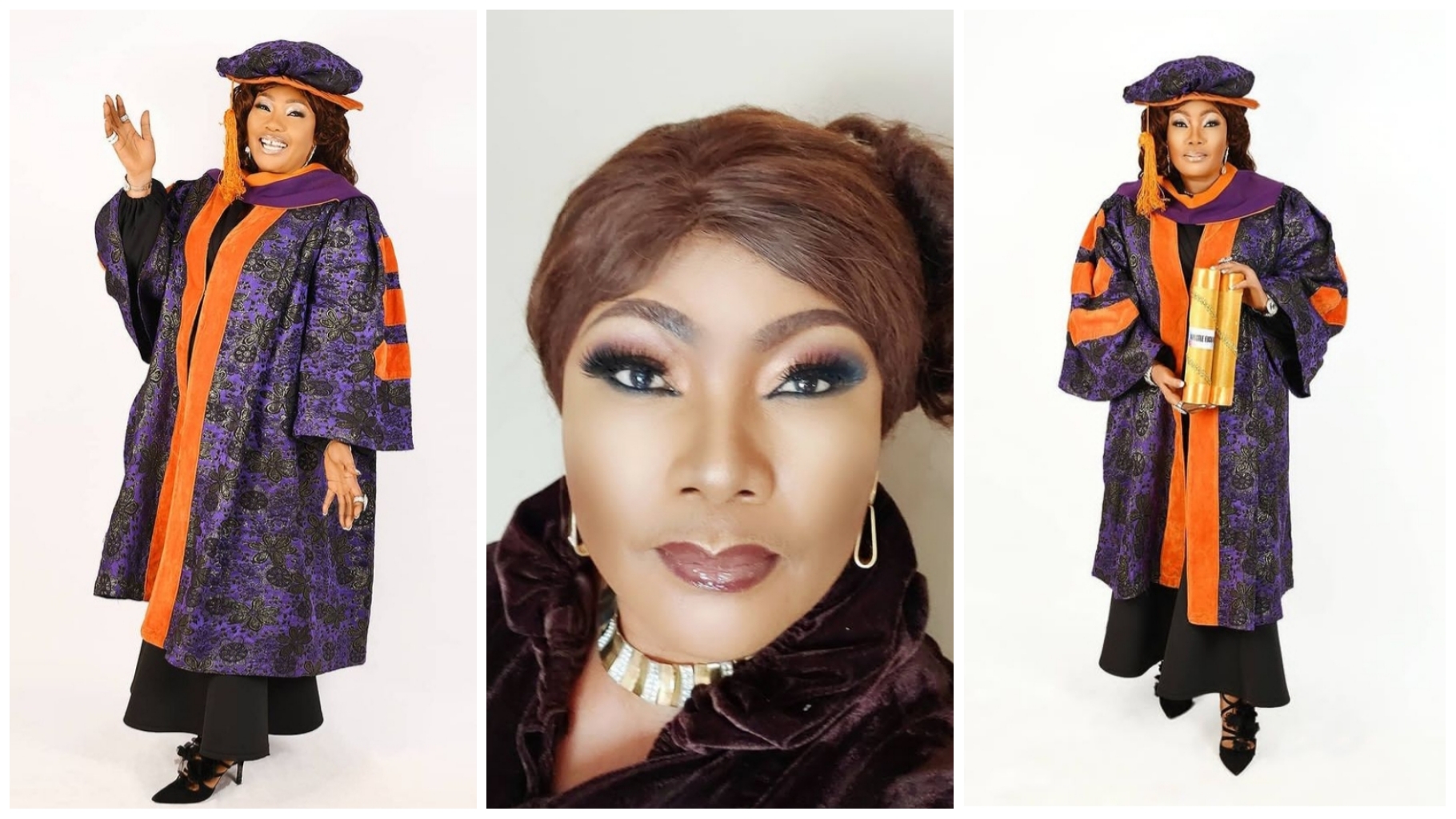 Nollywood actress and preacher, Eucharia Anunobi has recalled how her father refused to train her in school because he felt the girl child is useless. 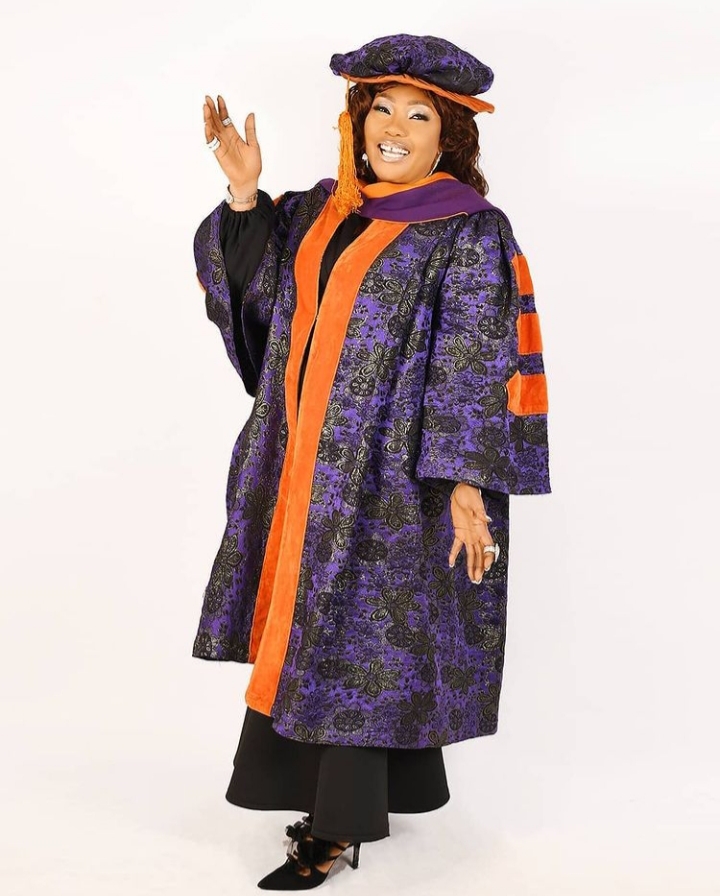 Sharing photos from her convocation, as a PHD holder in Christian education and ministerial act, the actress wrote:

“If you are still in doubt about God’s grace , read the caption below 👇 • Am still in awe of God . He changes destinies in a twinkling of an eye ❗He is the rule breaker ‼️ He doesn’t need any one’s permission to bless someone ‼️❗Just look at the girl, whose rich father refused to train after high school, that he had no need for a girl child . That the female gender is useless to him and can’t carry his name any where. That he rather concentrate and train the male children to any level of education that they desire . And this girl child struggled all by herself, and is a model , a former beauty Queen , a famous super star actress , a preacher . AND NOW THAT GIRL CHILD IS A PH.D HOLDER IN CHRISTIAN EDUCATION AND MINISTERIAL ARTS . AND SHE HAS ENGRAVED HER FATHER’S NAME ON THE MAP OF THE WORLD AND STILL CARVING IT AND WILL KEEP CARVING IT UNTIL THE RETURN OF JESUS CHRIST ‼️❗‼️❗❗
I AM THAT GIRL CHILD AND MY NAME IS APOSTLE DR EUCHARIA AKUWA ANUNOBI ‼️
Celebrate God on my behalf 🙏” 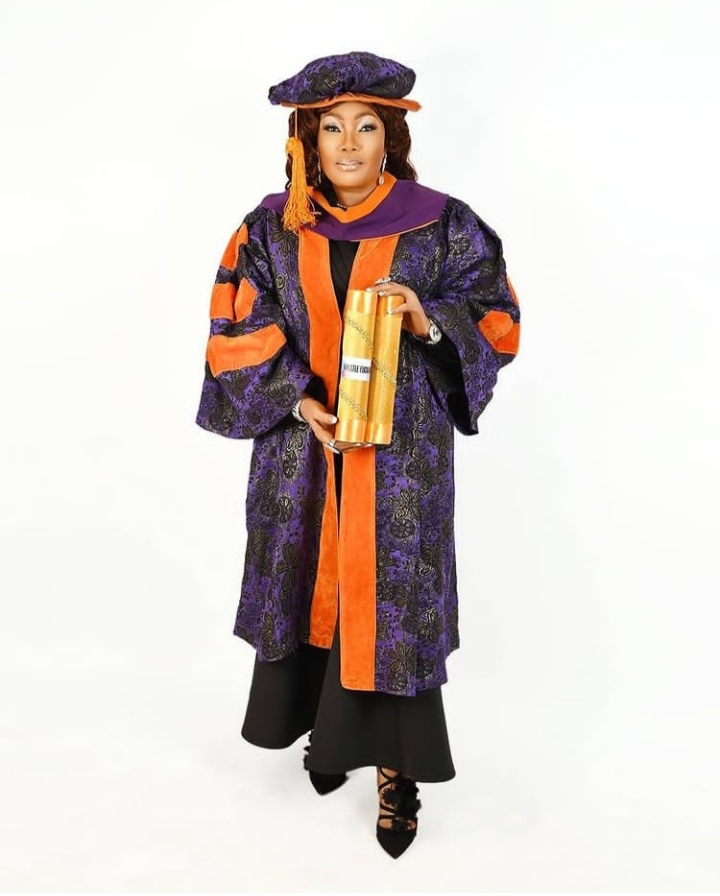 “Emotions will make you wish ❗
But Emotions don’t bring success.
The popular saying goes thus : ” If wishes were horses , beggars will ride ” .
IT’S ONLY A DISCIPLINED RESOLVE ROOTED IN OBEDIENCE THAT GETS SUCCESS ‼️
Joshua 1 : 7 .
Help me thank God Almighty for this feat He made possible all by Himself.
With all humility , l am officially the first full fledged Nollywood famous , super star actress , who is a model and also a preacher , former beauty Queen to have an academic doctorate degree : PH.D in CHRISTIAN EDUCATION AND MINISTERIAL ARTS .
I AM APOSTLE DR EUCHARIA AKUWA ANUNOBI ‼️”

READ MORE: “I WAS FAMOUS AS AN ACTRESS, BUT WASN’T HAPPY”- REGINA ASKIA 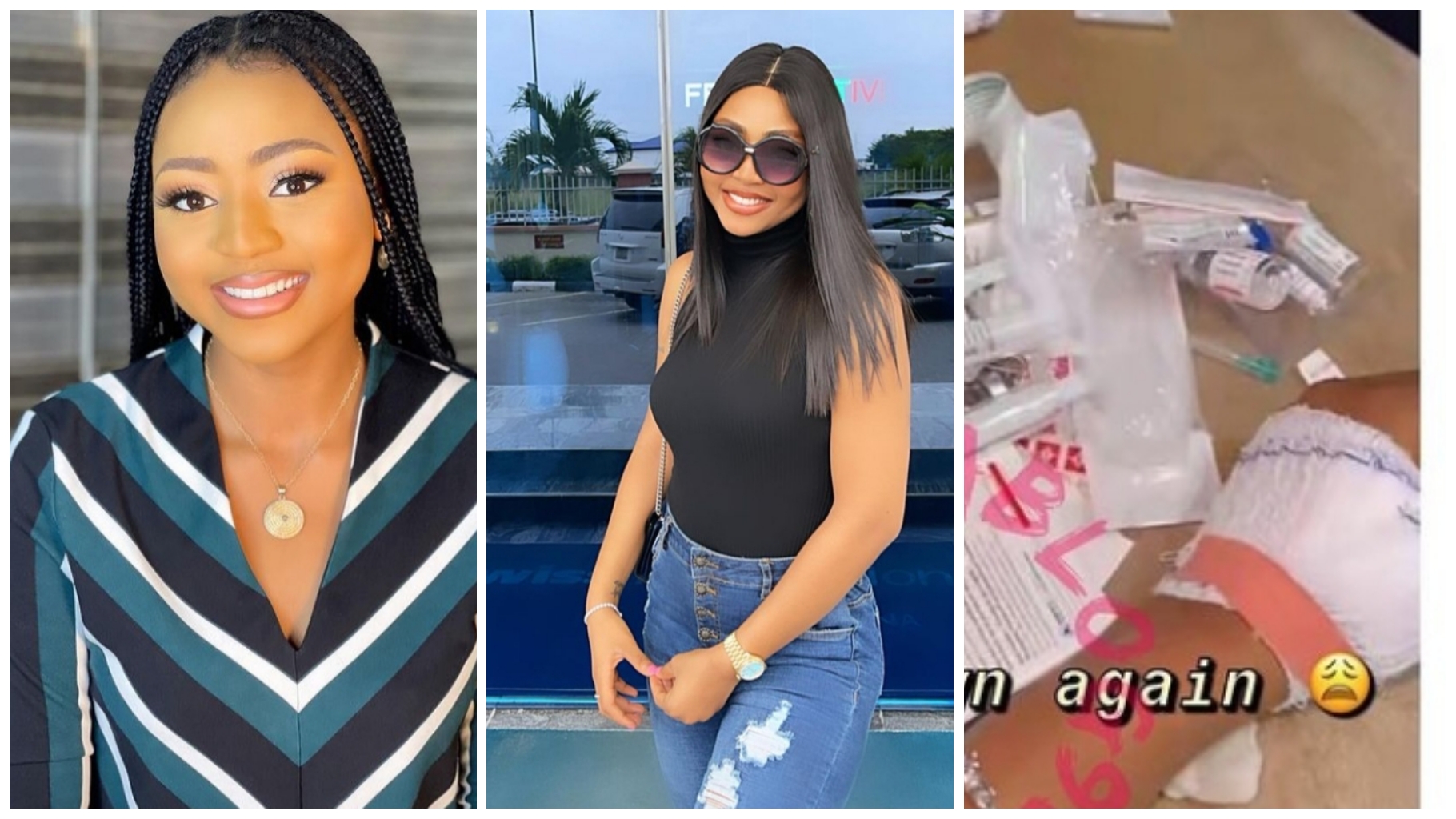 Popular nollywood actress, Regina Daniels has cried out on her snapchat account after she was rushed to the hospital over an Undisclosed Illness.

Recall that the actress was recently rushed to the hospital weeks after she did a surgery. She is currently ill again. 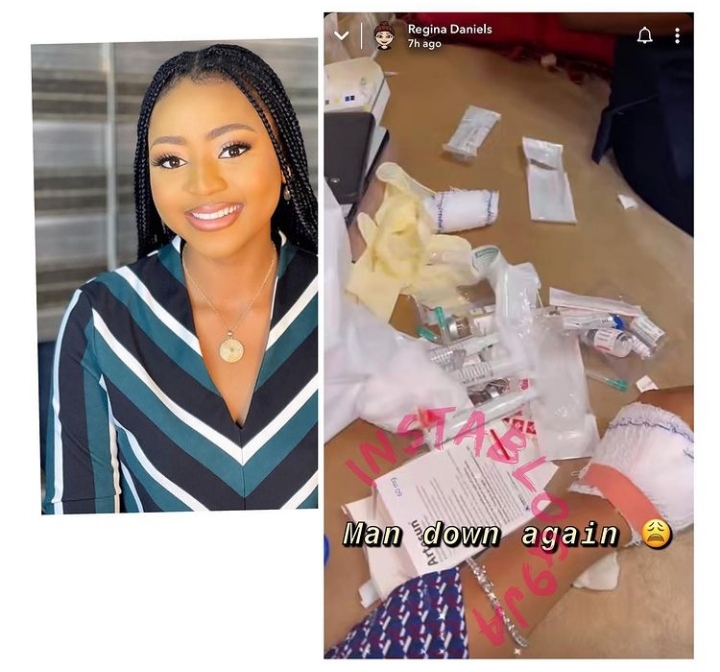 In other news, on sunday, Regina  Daniels shared lovely videos and photos with a beautiful Father’s Day message to her billionaire husband, Ned Nwoko. 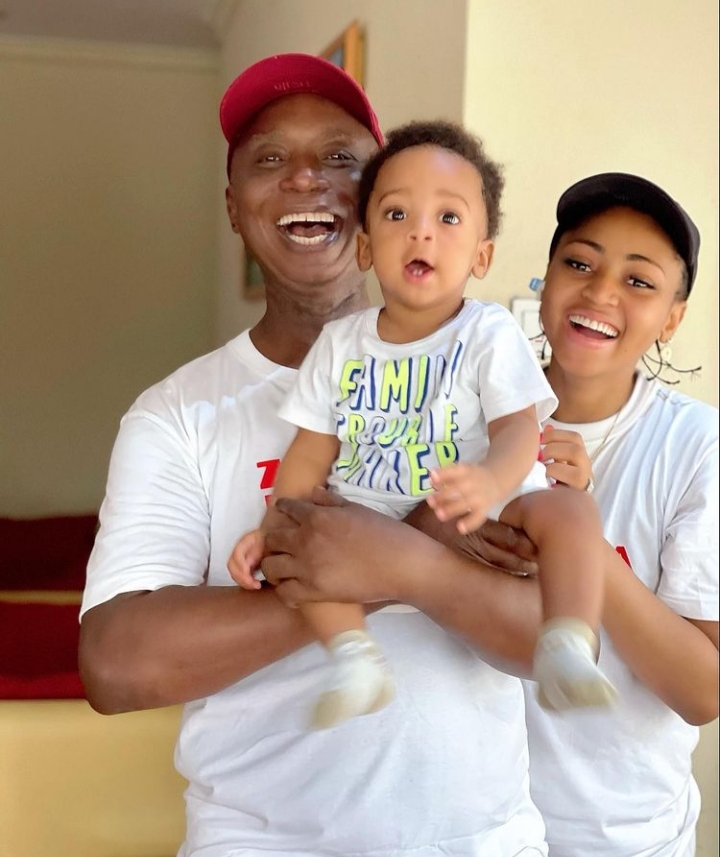 “Happy Father’s Day to the best caring, supportive disciplined, brave, intelligent and educating father. I pray God gives you the strength you need to fulfil all of your heart desires… I love you…. 🥰 @princenednwoko” 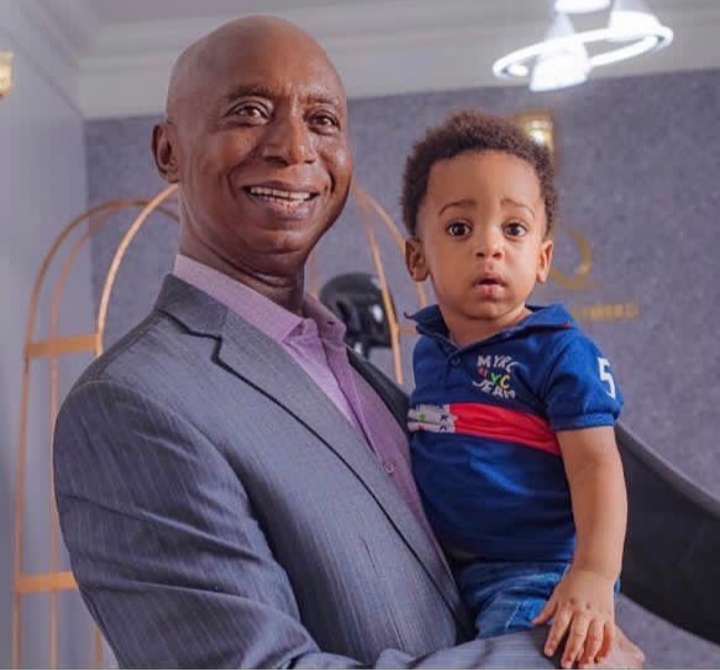 Last week, the Billionaire Businessman Ned Nwoko announced that he is in support of President Muhammadu Buhari’s ban on Twitter. 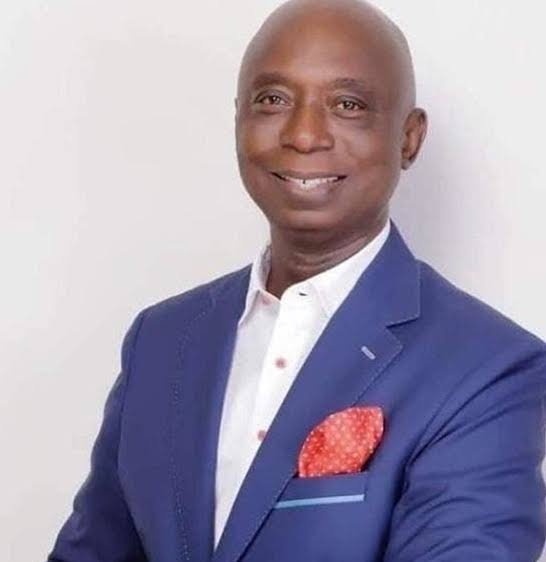 Nwoko made the announcement while speaking at a June 12 lecture organised by the Correspondents Chapel of the Nigeria Union of Journalists (NUJ) Abuja Council.

“On the current issue with Twitter in Nigeria, I wholeheartedly support the position of the Federal Government.

There should be a measure of control and regulation for social media in countries where they have a presence.”

Buttressing his reason for his support of the Twitter ban in Nigeria, Nwoko stressed that the social media platforms must pay taxes to governments and provide employment for some Nigerians for the over 100 million population that subscribed to their services.

READ MORE: “WHY I KEEP MY MARRIAGE OFF SOCIAL MEDIA “

#Bbnreunion: “You Almost Snatched Your Friend’s Boo Too”- Venita Slams Esther After She Trolled Tolanibaj Online 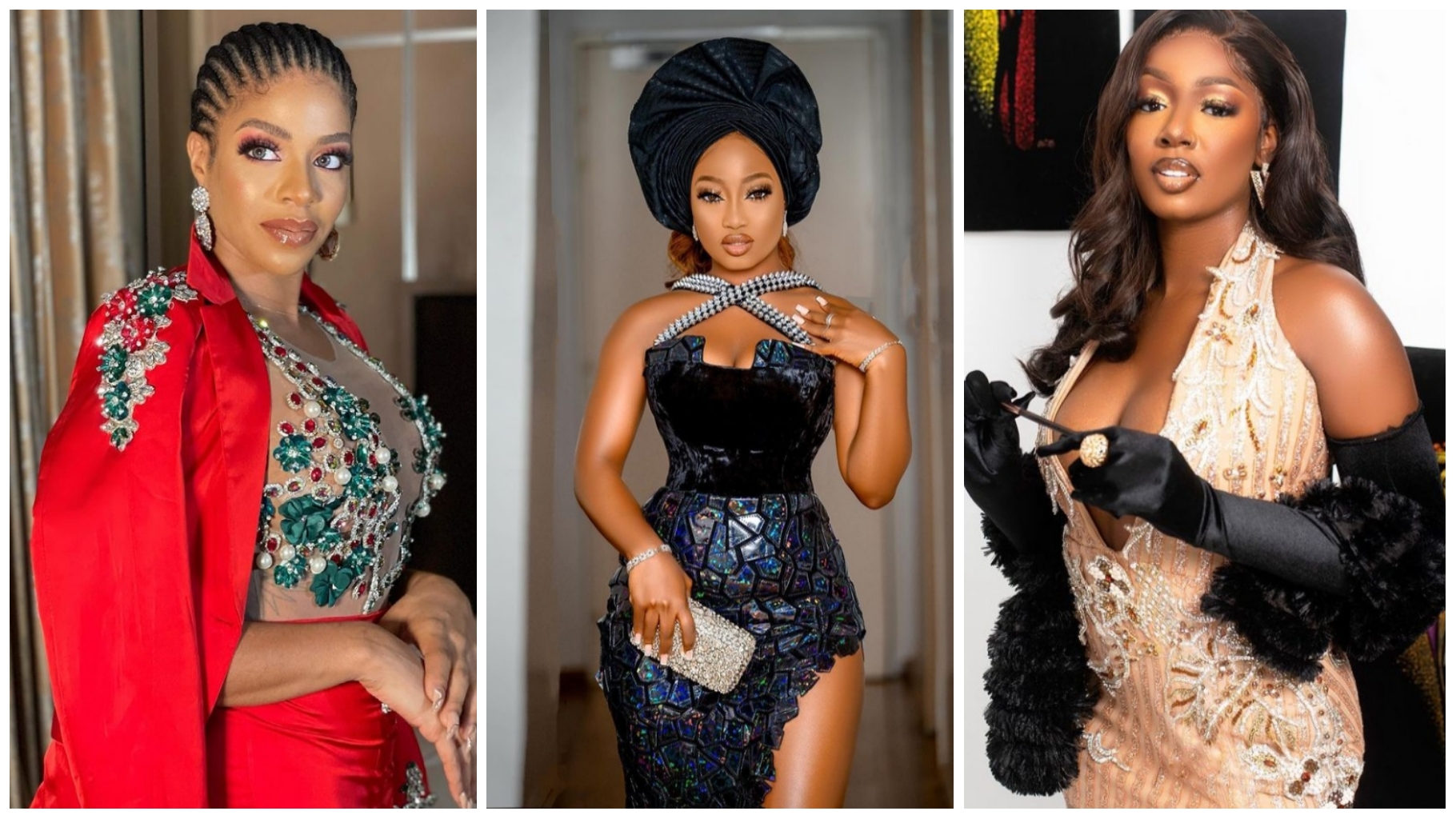 After the lockdown reunion show last night, Esther Biade, former Bbnaija housemate, took to her Twitter account to troll Tolanibaj. However, things didn’t end too well when Venita revealed Esther also behaved like Tolanibaj inside the Bbnaija house, with Nelson. 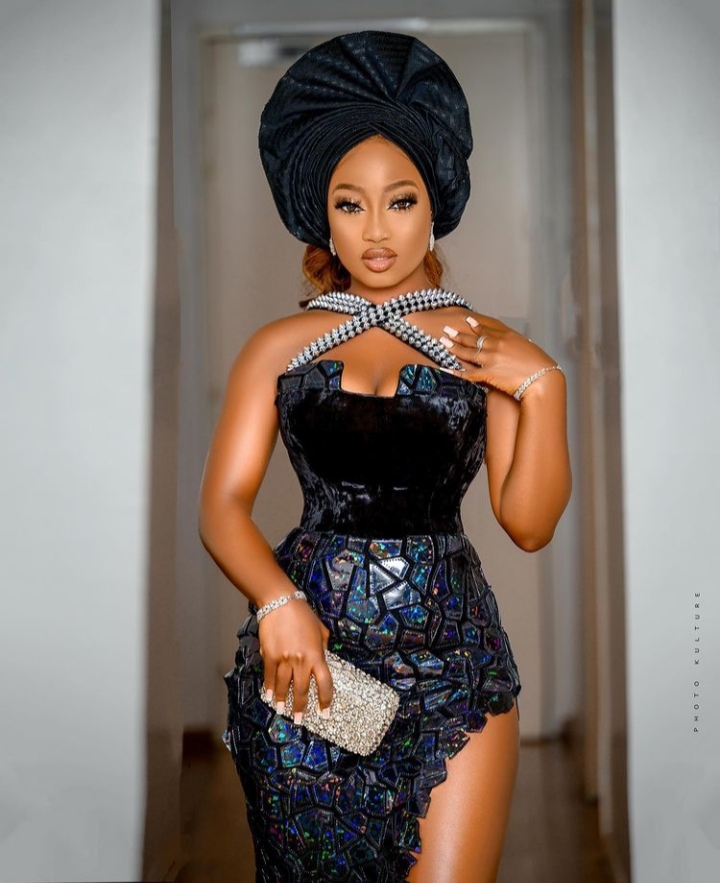 “You tried to use her boyfriend to make a guy that you don’t care about jealous and you’re making noise. So f*cki*g silly. You are in a healthy relationship and you’re vexing over something that happened last year, a guy that isn’t man enough, and a friend whose man you tried to take.”

“Be guided, we know how you move around your friend’s love interest boo!” 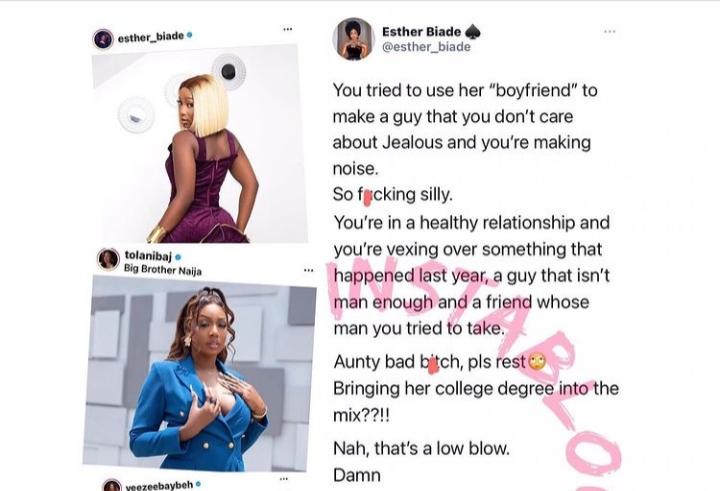 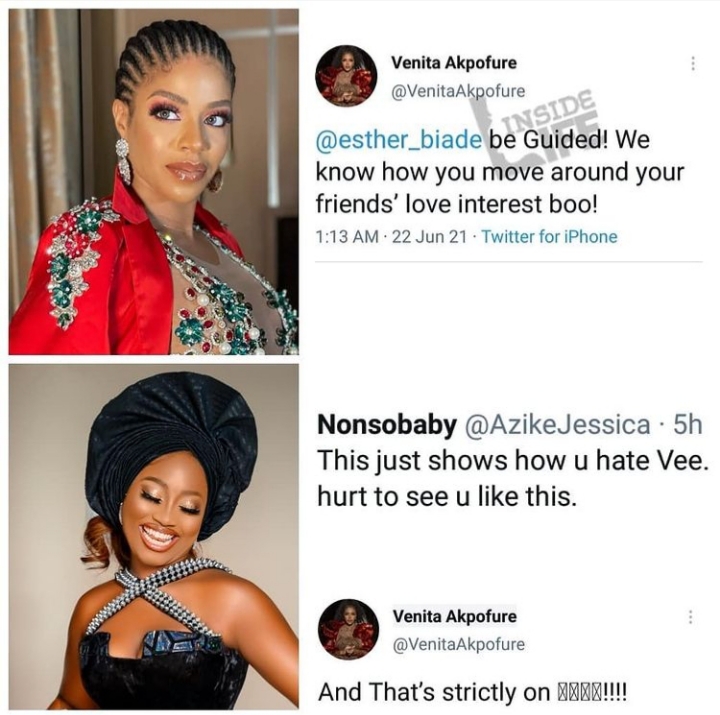