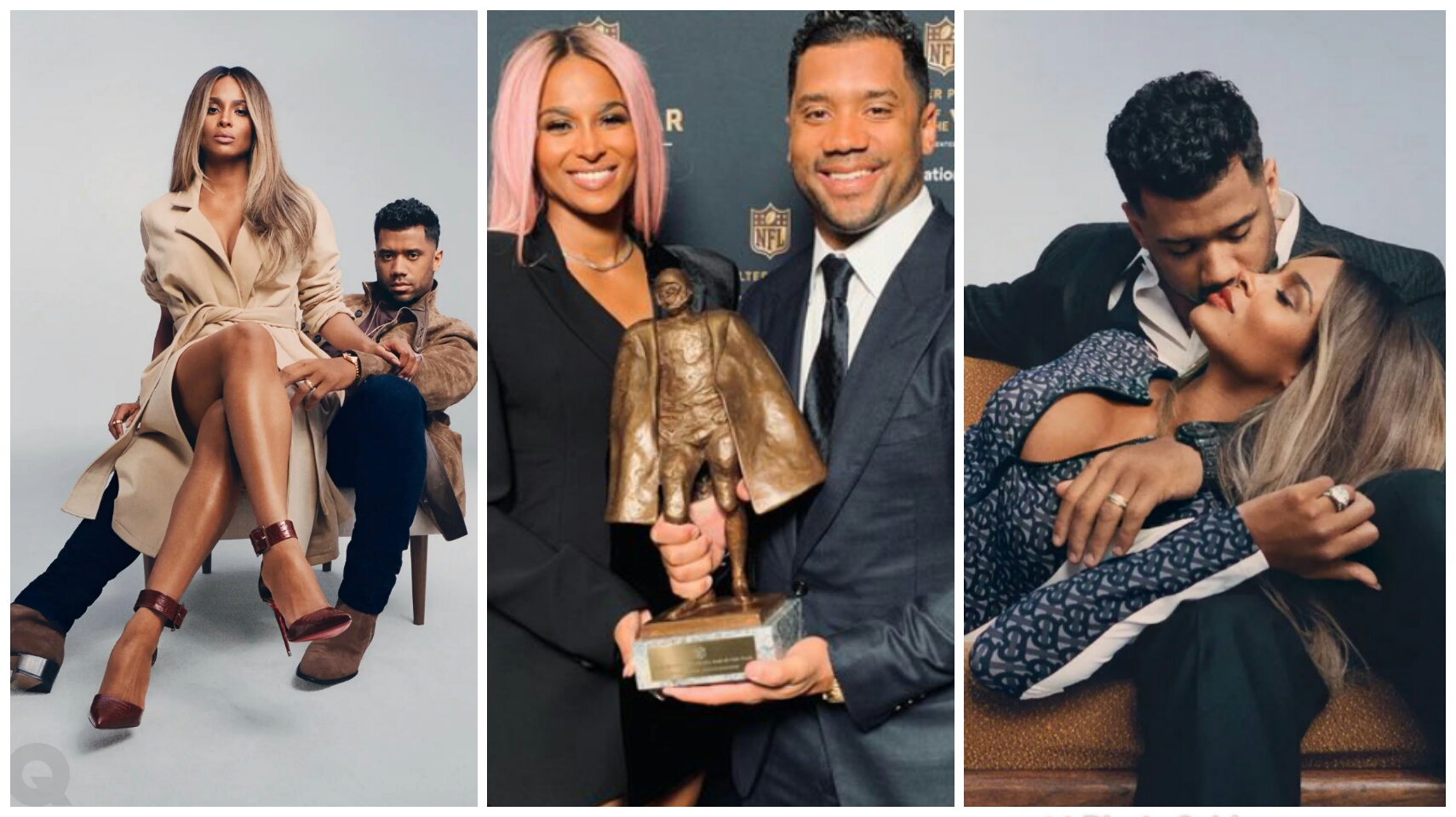 American Singer, Ciara has showered praises on her husband, Russell Wilson after he won “Man Of The Year Award”. 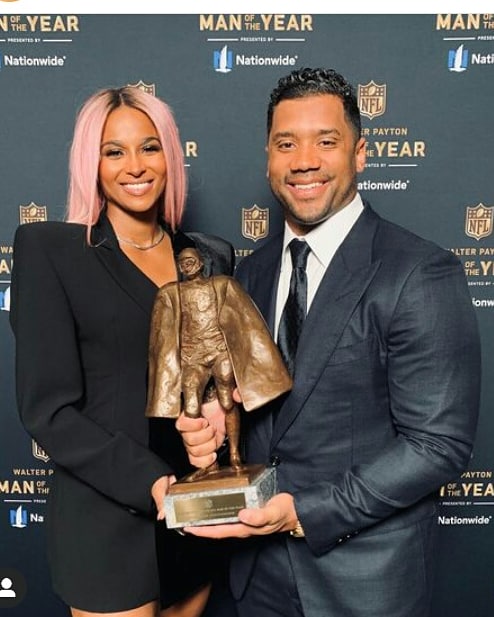 “You’re the most selfless, loving, & caring person I know. Your heart, dedication, and commitment to taking care of others is truly what sets you apart. It’s one of the most beautiful and attractive things about you! I’m so proud of you and to be a part of your great mission to impact others!” 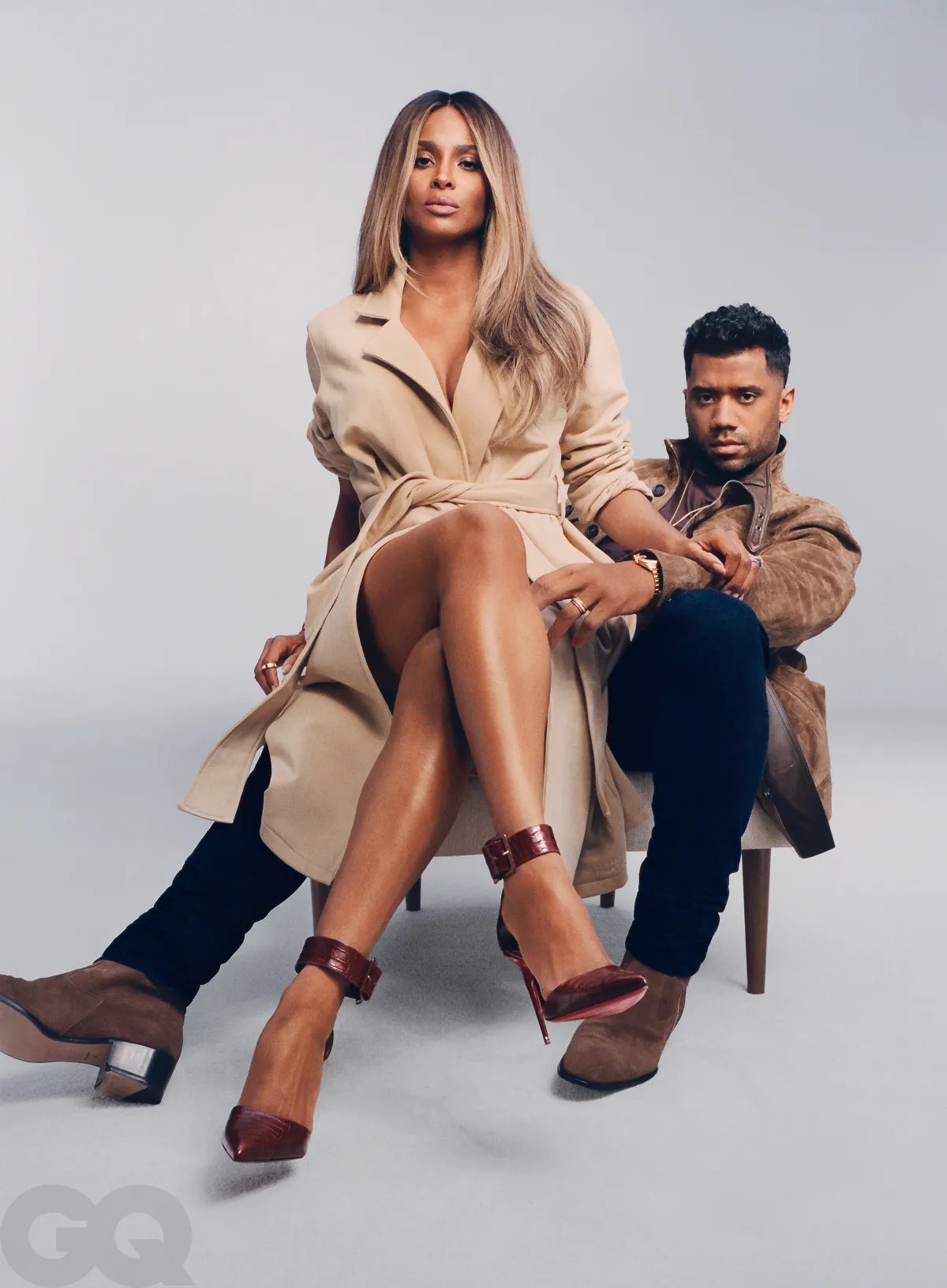 They were married on July 6, 2016, at Peckforton Castle in Cheshire, England.

Ciara took Wilson’s last name when they married. Their first child, a daughter, was born on April 28, 2017. 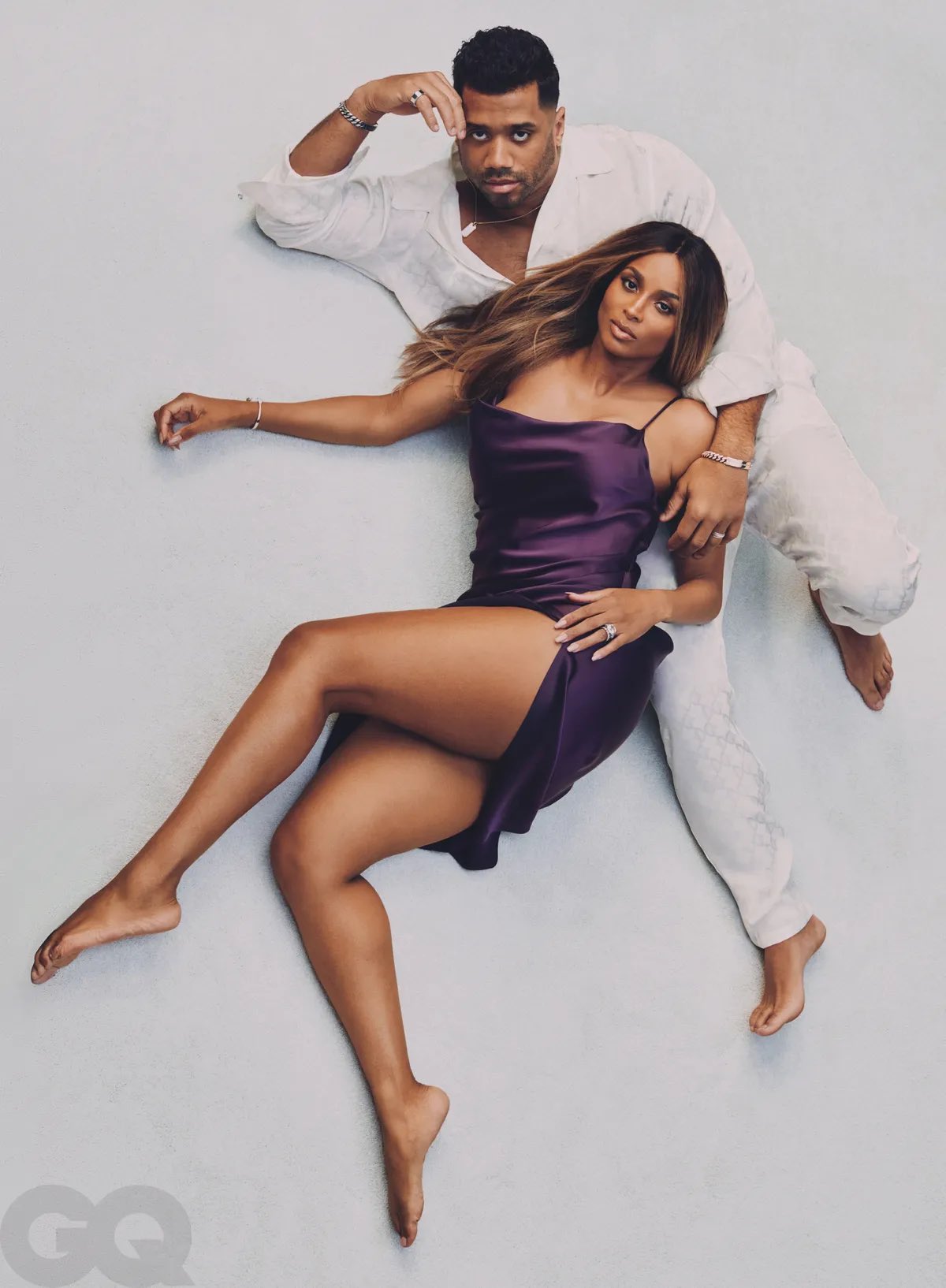 In January 2020, Ciara announced they were expecting their second child together. The child, a son, was born on July 23, 2020.

Ciara also has a son, born on May 19, 2014, from her previous relationship with Future.

Ciara and Future were engaged in October 2013, but ended the engagement in August 2014. 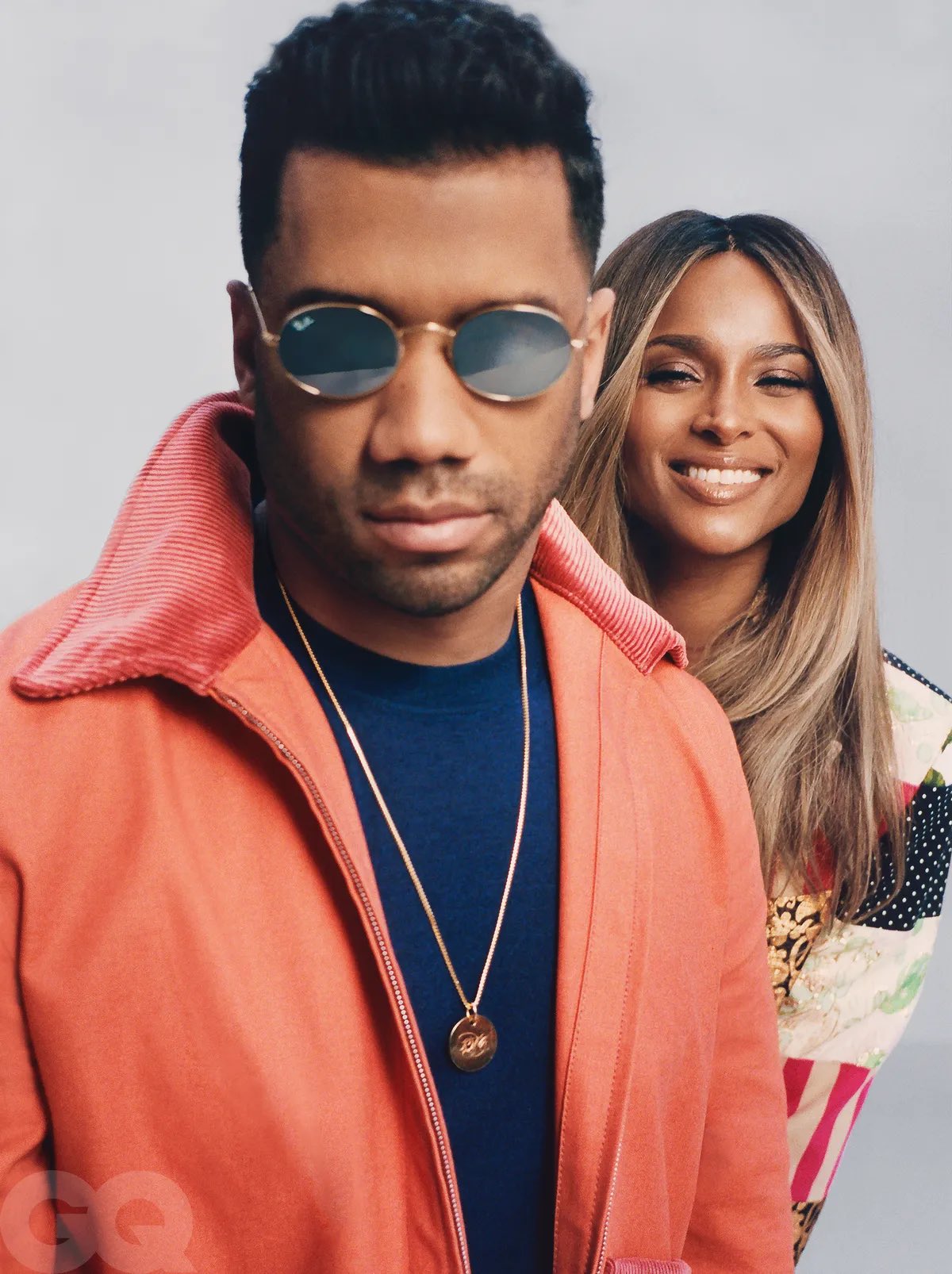 READ MORE: “WHY I MARRIED MY HUSBAND DESPITE BABYMAMA RUMOURS” 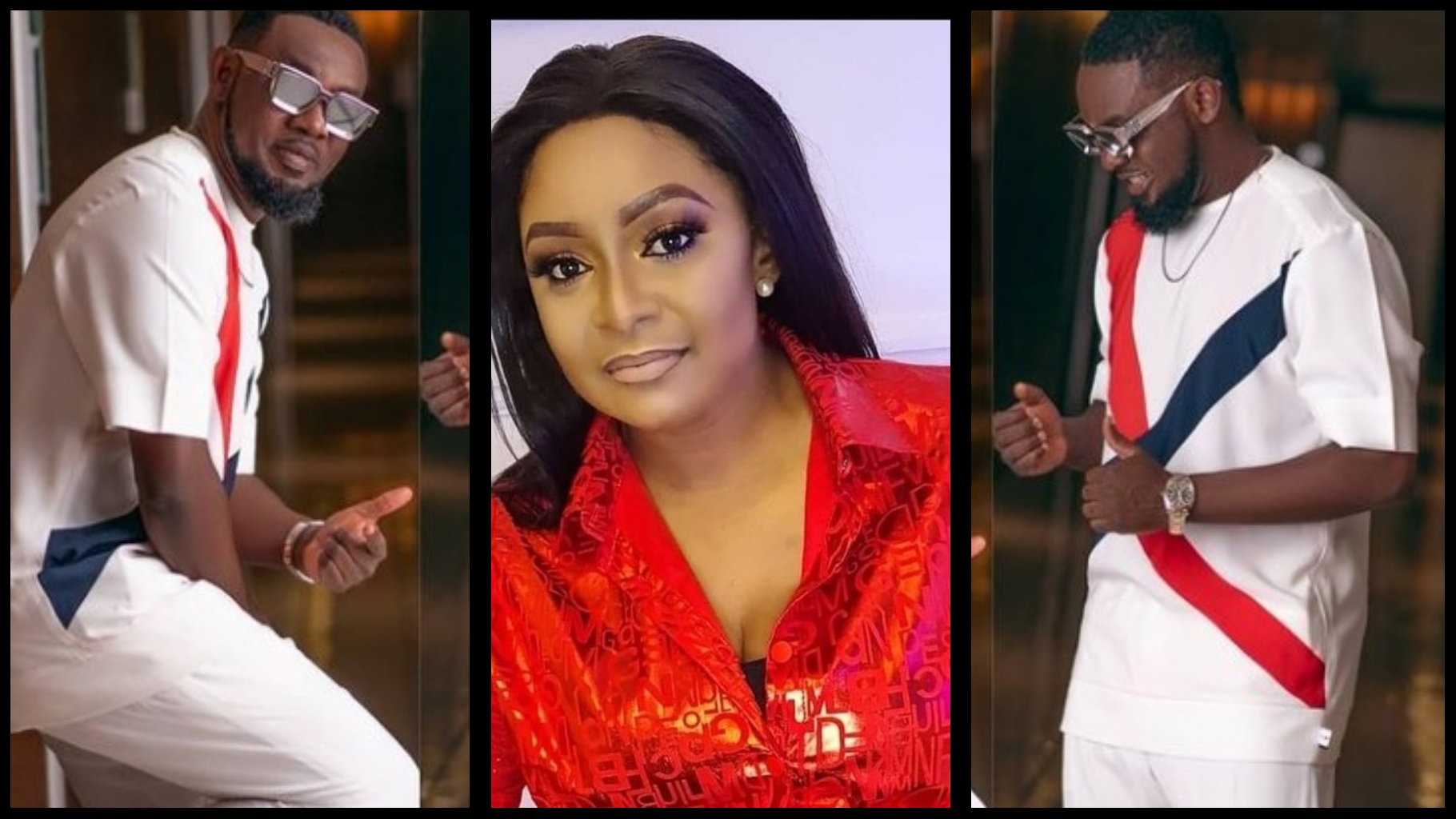 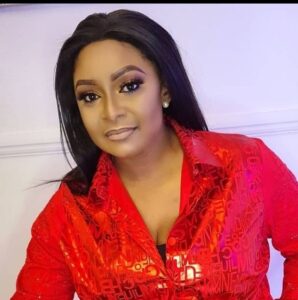 A popular blog, Gistlover had posted a video of the comedian in the company of a mysterious lady during the movie premiere of actor Williams Uchemba.
Victoria abused the comedian for disgracing his wife publicly. Reacting to her comment, Mabel Makun advised the actress to get busy and productive instead of believing lies.

AY has also reacted to her comment, he said it is sickening to know that some people are bent on damaging other people’s reputation by making up lies just for fun/entertainment.

“FIRST SLIDE: victoriainyama preaching to the world 4 days ago in her post on the need to watch the words that comes out of our mouth, and how not to mock a pain we’ve not experienced

2ND AND 3RD SLIDE: TWO DAYS LATER same victoriainyama publicly commenting on a blog without watching her mouth on a pain I pray she doesn’t experience

4TH AND 5TH SLIDE: A fan who called me his role model in my DM and calling me a pimp while commenting on a blog…Just to mention but a few

Times are hard in Nigeria and we know a whole lot of People are not happy with their lives, so they usually have all the time in the world to discuss yours. 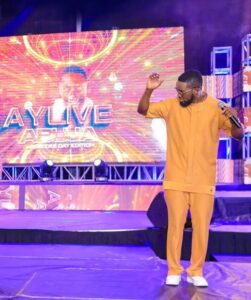 Apart from all the social media entertainment, please know this today, accusations can ruin lives, so before you accuse and condenm, you better know what you are talking about. If you didn’t witness it yourself, then don’t assume everything you hear to be true.Only a fool speaks without having all the facts.
It’s sickening to know that they are people who damage your reputation by making up lies about you just for fun/entertainment. The pathetic part is that so many people believe them without finding out the truth. More so people who naturally don’t like you would also never want to hear the truth because they don’t want their illusions destroyed. @Victoriainyama YOU ARE DOING WELL.” 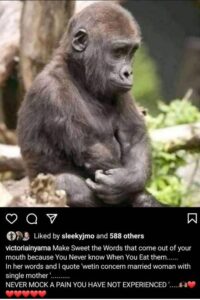 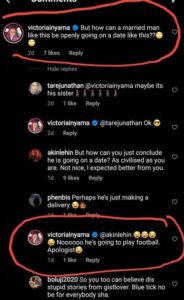 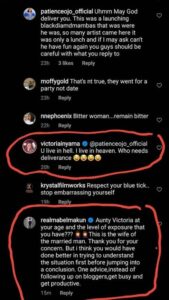 READ ALSO:Watch The Moment A Woman Who Sneakily Tried to Catch Her Husband Cheating on Her Got Trapped(Video)

Kiddwaya Reveals The Only Person He Can Never Lie To 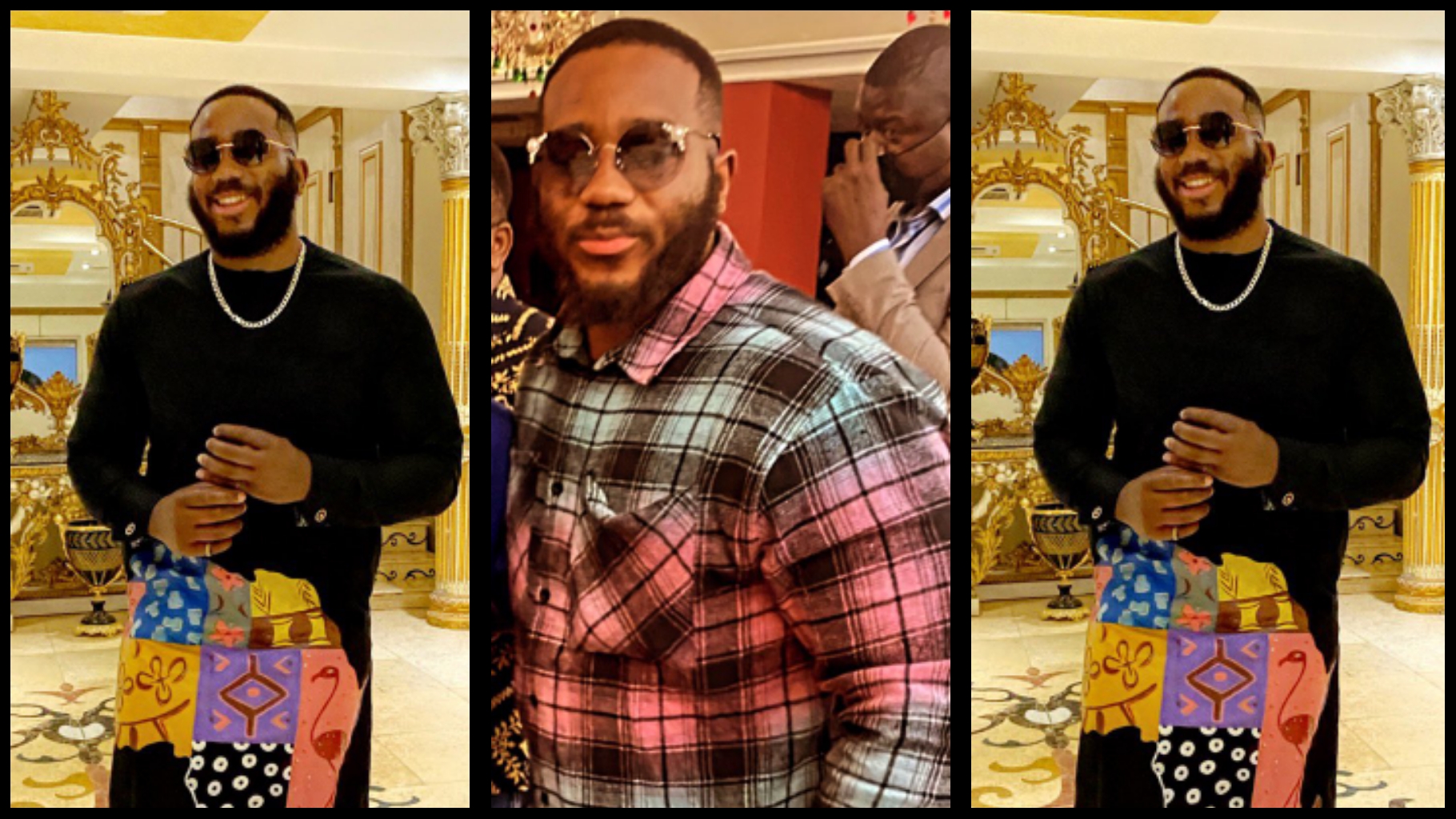 Former Big Brother Naija housemate, Kiddwaya has revealed the only person he will never lie to in this world. 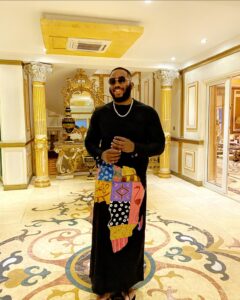 Kiddwaya took to his official Twitter account to disclosed that even if he lies to every other person in this world, he will never lie to himself.

“The only person I will not lie to is myself” 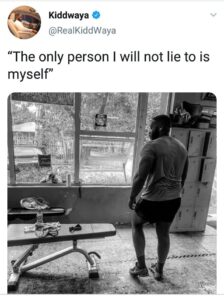 In another news, the son of billionaire Teseer Waya, Kiddwaya has revealed that sometimes, it’s better one spends all he has on himself rather than spending it on someone else. Kiddwaya said this on her Twitter account and his reason for this statement is due to the level of betrayal people receive from those they have helped. 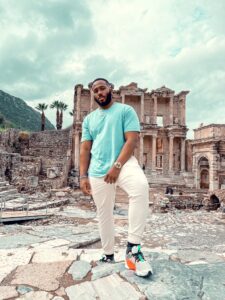 The BBN star stated that these days, people are no longer loyal and there is no code of conduct in the streets anymore and this has made people do whatever they like.

“Sometimes it’s better to just feed yourself. Mf be biting the hands that feed them these days. There’s no code of conduct in the streets anymore”

READ ALSO:How My Doctor Lied To Me-Alex Unusual Narrates Encounter With Her Doctor 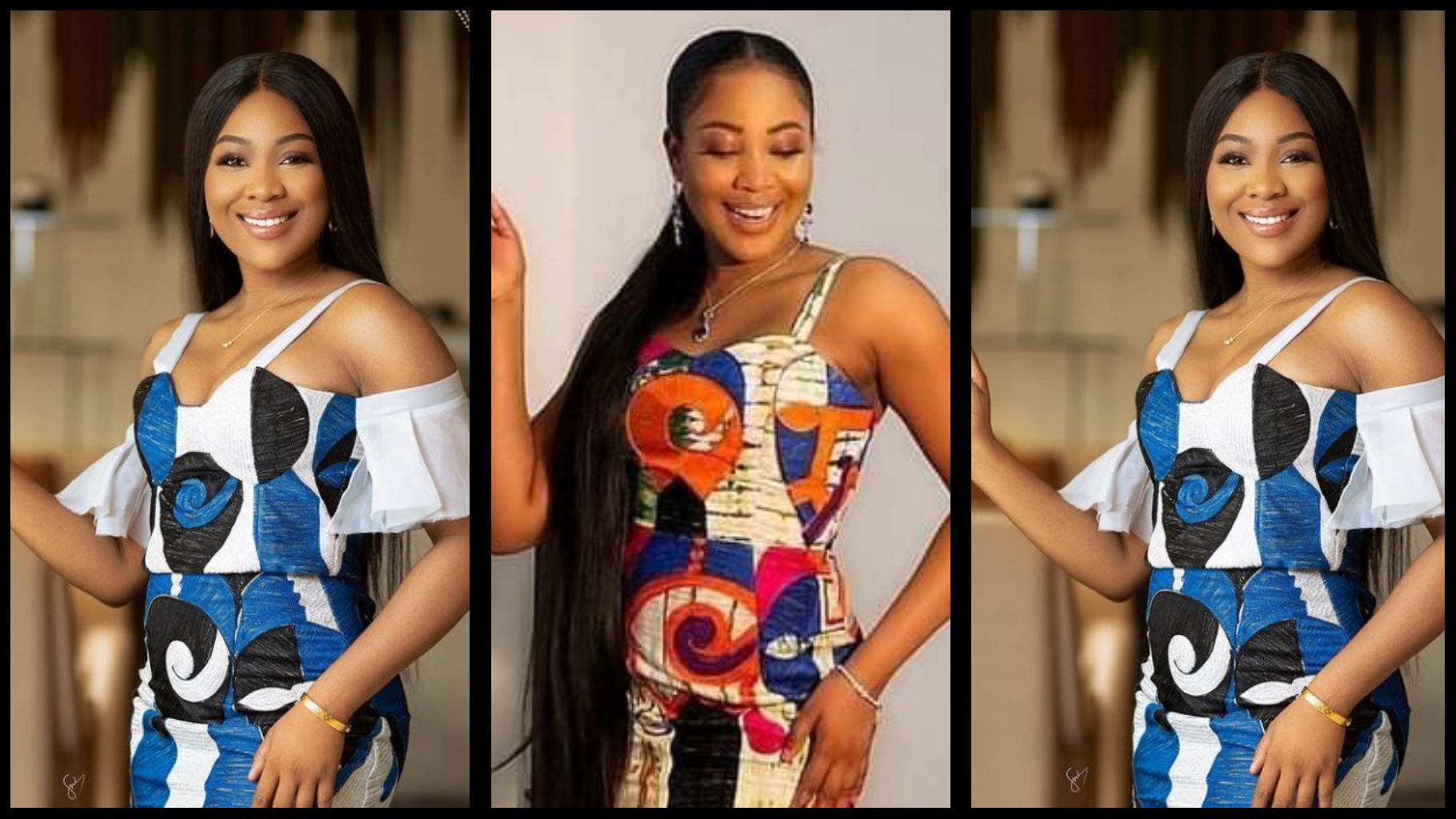 A die hard fan of Big Brother Naija star, Erica Nlewedim has shared what the star girl has taught her. 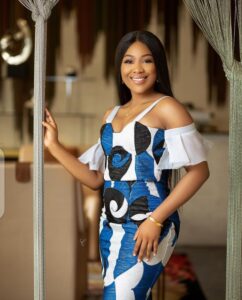 The fan whose Twitter username is @phzibah stated that till date, she is still learning so much from Erica and one of the things the Star girl has taught her is to be that strong and determined woman who wouldn’t only be strong outwardly but also inwardly. She also added that Erica has made her believe that she can achieve anything she sets her mind on if only she puts in more hard work and she invites God into it. 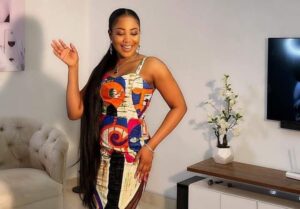 The fan further thanked Erica for the impact she has made in her life.

“The things I have learnt and still learning from Erica Nlewedim is building a strong and determined woman on my inside….I believe I can achieve anything I set my heart to with hardwork and God on my side. My dreams are valid.
Thank you Erica Nlewedim” 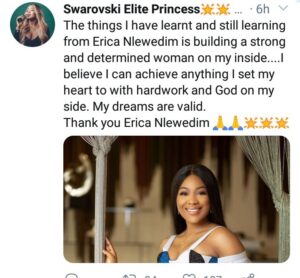 It’s no news that Erica Nlewedim has inspired a lot of people as almost everyday, more people thank her for her role in the height they have attained in life.

READ ALSO:You’ve made so much impact in my life in such a short time- Actor Williams Uchemba Praises Wife, Calls Her A Priceless Diamond