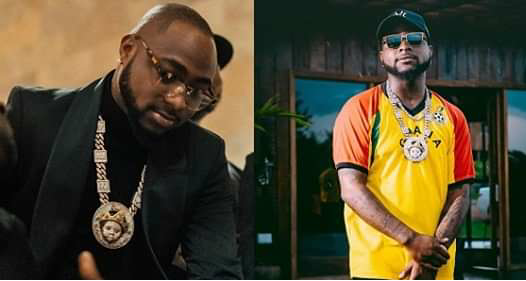 Popular singer, Davido has been called out by internet users after allegedly beating up a bouncer in a lounge in Abuja. 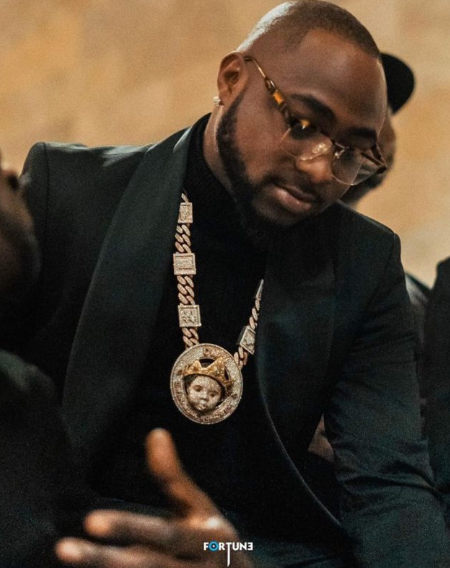 DJ TTB accused the singer and his thugs of beating up the bouncer till he started bleeding from his ears and nose.

“Davido you can’t be claiming you are fighting for the youths while same night, you and your thugs are beating up a bouncer in an Abuja lounge just for doing his job.

Be very careful bro the next time we go change am for you if you try this. The bouncer is in a very bad condition now, bleeding from ears and nose”. 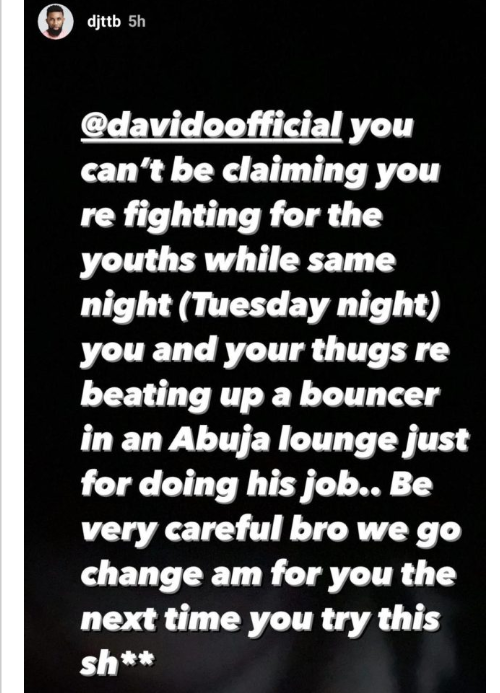 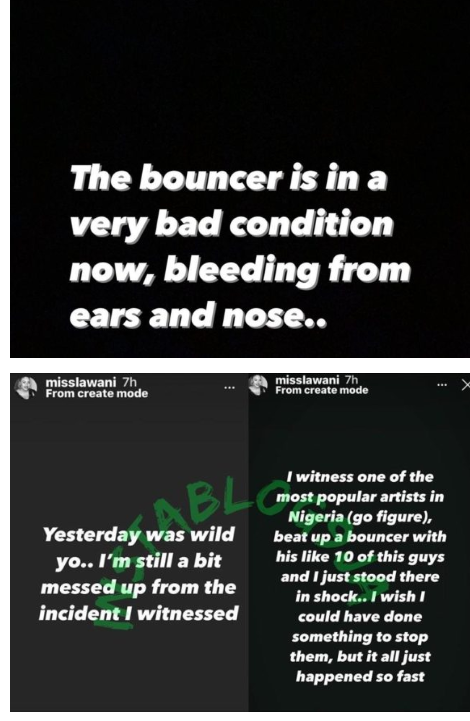 What exactly are you angry about? You come to Abuja and beat up a bouncer mercilessly, last 2 weeks you were slapping people randomly in another lounge. Who d fuck do you think you are? End your madness in lagos don’t bring it to abuja we are different here.

READ MORE: WHY I’M YET TO MARRY CHIOMA- DAVIDO OPENS UP

Nengi shows off her british passport to prove her age

“We will take back this country”- Genevieve Nnaji #EndSars 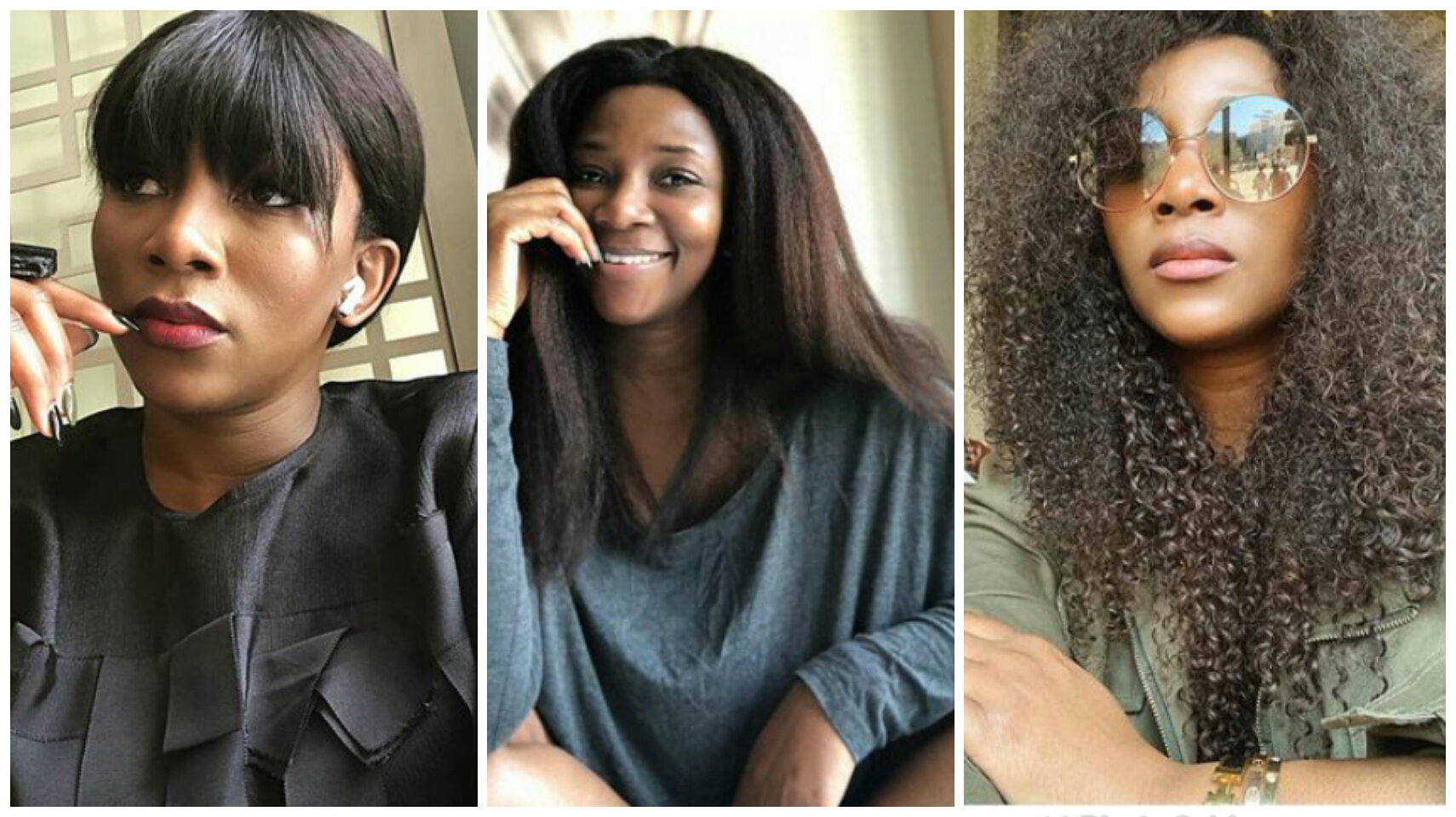 Genevieve Nnaji has joined other celebrities in Nigeria to protest against SARS and police brutality in Nigeria.

The actress shared this photo with the caption:

“We will take back our country” #EndSars #EndPoliceBrutality 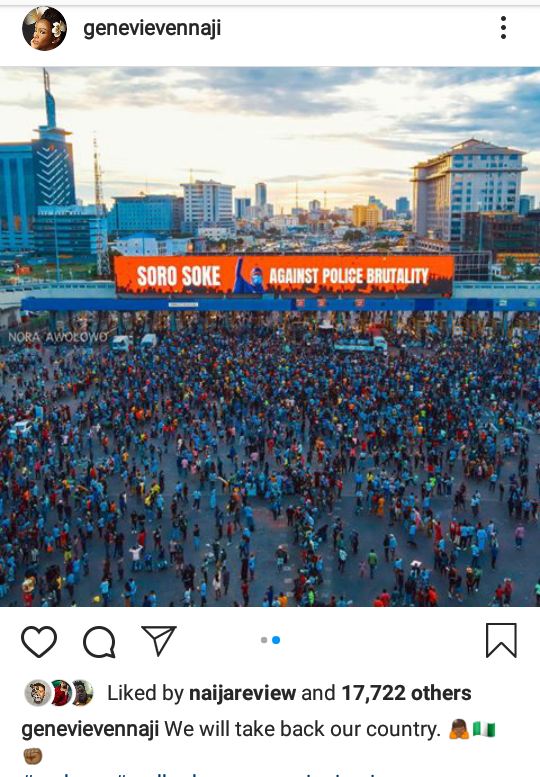 Few days ago, Genevieve gave an account of how she came to know of SARS and their unfriendly tactics. 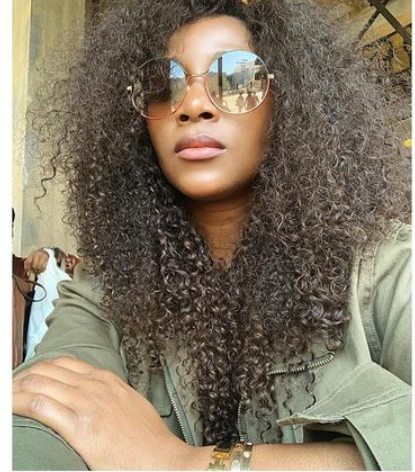 My niece was harassed by SARS for carrying a laptop. Her own laptop. She was slapped across the face for simply asking why her laptop was being seized. At only 13, she had to deal with police brutality. Complaints were made and nothing was done. No one is spared and we are all affected,”

Mr President, this is the current state of your country. The stability of a nation is largely dependent on leadership. And every head of house has one chance to build their legacy. Sir, you have had two.

What our country is today is a reflection of your leadership, your legacy. I’m getting weary and tired of being optimistic about change but even then I can’t complain. I am one of the privileged few but that doesn’t mean that I get to give up now.”

“They are trying to SABOTAGE our peaceful protest, we are not backing out”- Tacha 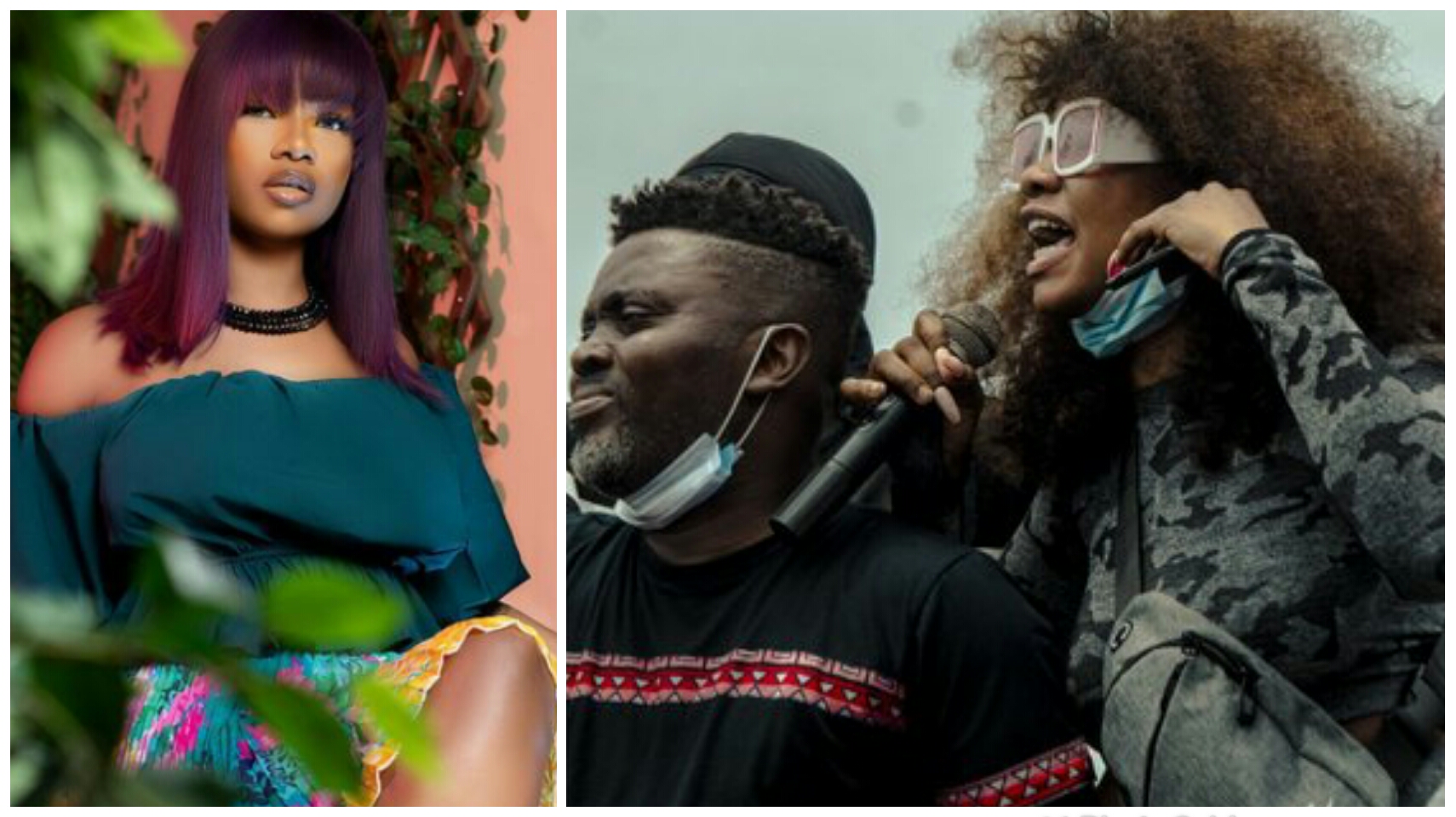 This morning several prisoners escaped from Prisons in Benin, this was done by the help of Thugs who hijacked the #EndSars protest. Watch the video here 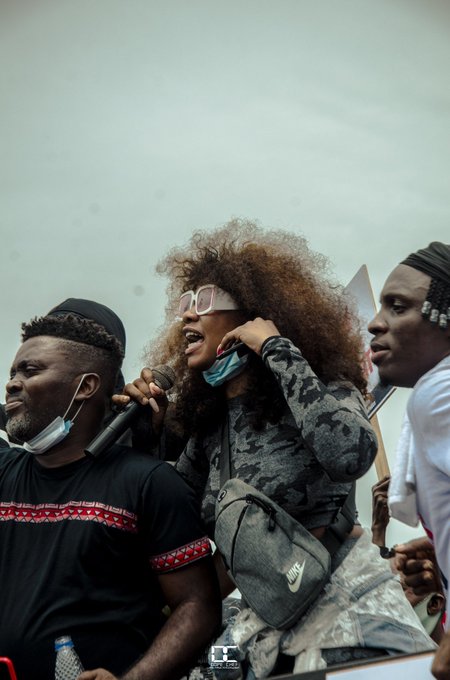 Reacting to this the bbnaija star adviced youths not to End the protest because it might be a plot by certain authorities to make #EndSars protest end. 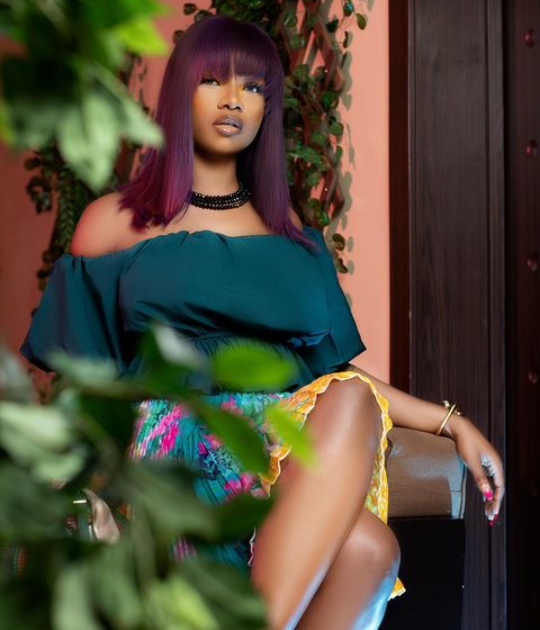 Those INMATES in Benin were ILLEGALLY released by authorities!! Just to SABOTAGE THE PEACEFUL PROTEST! we are not fools!!
Risking the Lives of innocent citizens in Benin just to proof a stupid point is highly alarming and Disappointing!! I am disappointed in this Government!!! #EndSARS. what’s happening in Benin is what these Leaders want!!! They want the Ruckus so that we loose FOCUS

NIGERIAN YOUTHS DO NOT FALL FOR THESE ANTICS! StayFOCCUSED #EndSARS
why are thugs been hired to disrupt the protest!!? what exactly are you scared of!!? If you’re so scared then give into the DEMANDS of the youths! Simple!!

we can’t BACK DOWN!!!! Abuja, Benin please be SAFE 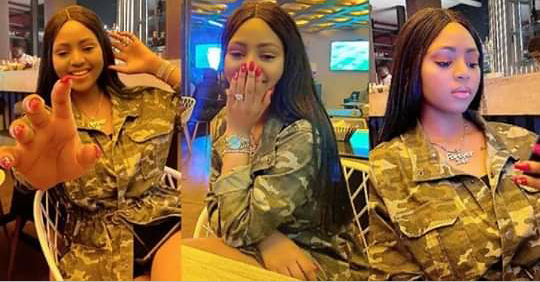 Nollywood actress, Regina Daniels who is 20 year old & married to a 60 year old billionaire Ned Nwoko has shunned her haters on social media. 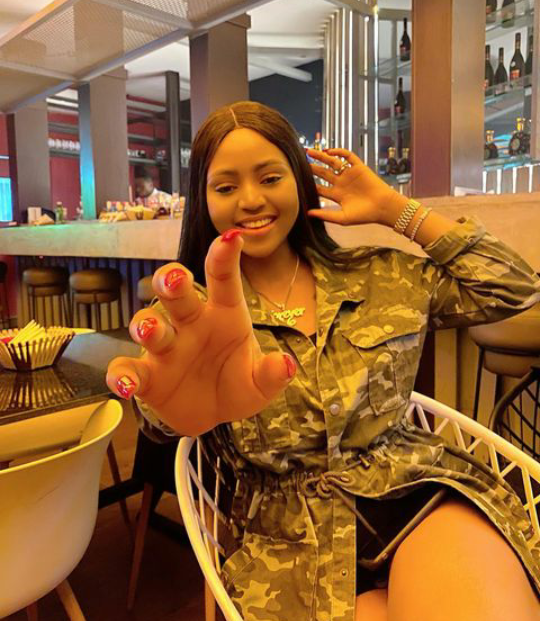 Yesterday, the actress shared videos of herself & friends dancing to music in her luxury bus which gifted to her by her husband. 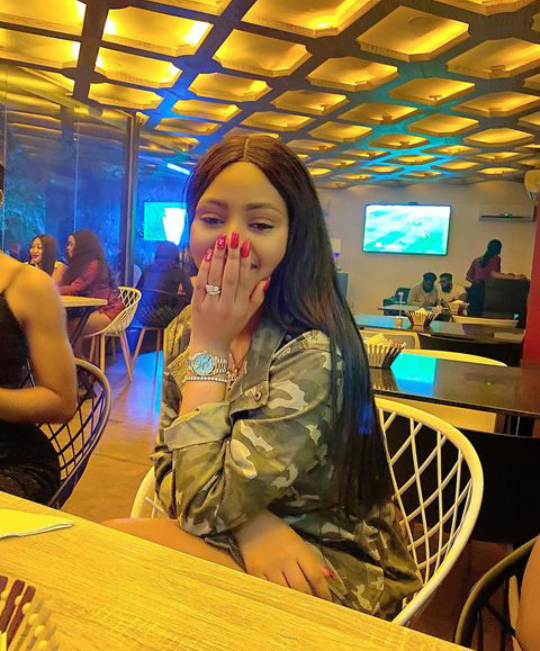 She also shared a video showing her 24 million naira wrist watch, thanking her husband, she wrote:

“Meet my four wheel plane…..
Also a birthday present from hubby along side my 24million Naira watch…..
love you baby

u are so extra

@princenednwoko Ps: I need to show off 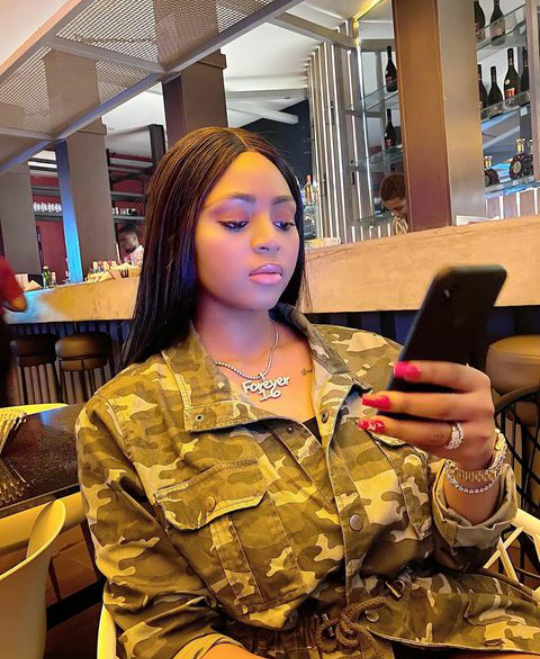