Nigerian singer, Cynthia Morgan who was once the “rave of the moment” in the music industry, suddenly disappeared from the scene completely. There were rumours of the singer being involved in drugs and also having financial issues such as difficulties in paying her house rent.

During an interview session with broadcaster Sydney Shocker, the singer revealed the reasons for her sudden disappearance.

According to Cynthia Morgan, she has been terribly sick and had several family issues. 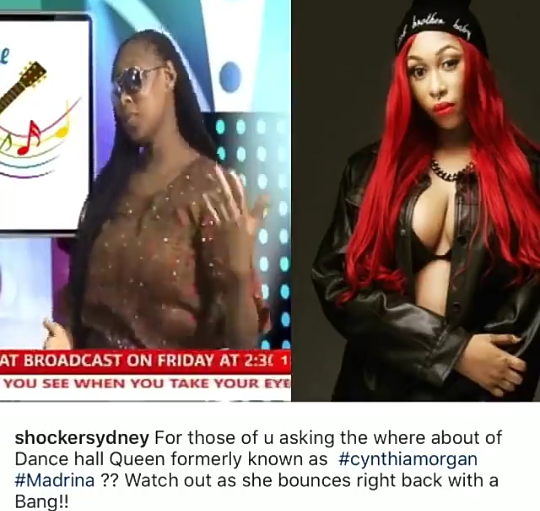 Cynthia who was under North side Entertainment Record label, formerly managed by defunct group “Psquare” is set to make her way back to the top of the music industry again.

READ MORE: I FELL IN LOVE WITH THE WRONG PERSON- PERUZZI