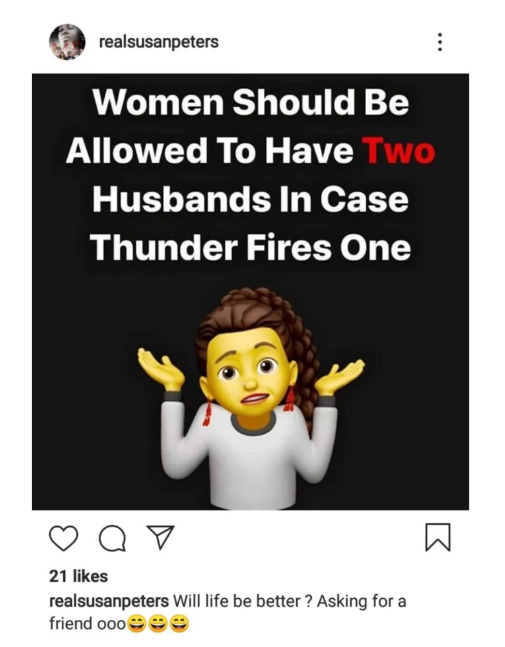 In a subsequent post, the actress denied saying such, she claimed it was only a question. 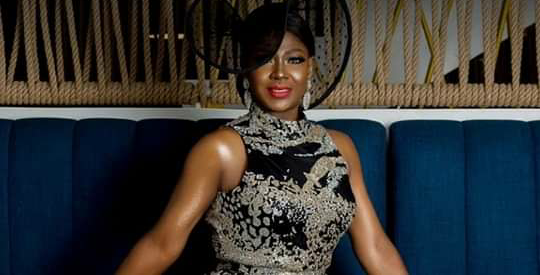 Una do well with this caption o, what I said versus what you people wrote because u want to drag traffic to your blogs . Please be careful, read what I wrote on that post . And i said WILL LIFE BE BETTER ? DOES THAT MEAN I SAID WOMEN SHOULD MARRY TWO HUSBANDS ?
KEY BOARD WARRIORS MAKE UNA FREE ME !!! See me see local trouble, please read what I wrote on the actual post before using my name to sell news. Be warned !!! 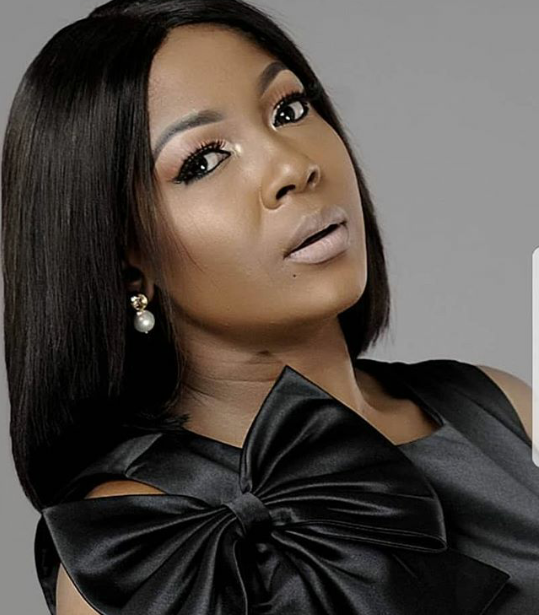 The actress and her ex husband, Dr. Croon, had their traditional marriage on October 26, 2015.